By insulting the heritage and virility of French, English, and other participants in the right honourable code of rugby union, rugby players have built a long-standing tradition.

In the latter days however, the usage of certain unsavoury characterisations of alleged buggery and other foul play having fallen out of favour of prevailing social normative attitudes.

Therefore, this August the ancient body takes it upon ourselves to more aptly define the correct and lovely life-affirming syntax of inclusive insults and approved sledging.

1. When in doubt, cast gentle aspersions on the possibly hetero-activities of the opponent. As in, “You hetero Dog.” Or, “You kick the ball as if you are a lover of many women of diverse backgrounds.”

2. Do not falsely claim to have made a conquest of an opponent’s relatives. However, if you have photographic or telegraphic proof, submit same to the TMO, for a pre-game ruling.

3. (Inapplicable in Ireland) Do not append or suffix the f-word to any prurient epithet, because it is needlessly and unnecessarily redundant and superfluous.

4. When playing Scottish opponents or players with demonstrable Scottish descent, do use the c-word, because it is considered endearing and complimentary, and formally polite.

5. Mix a feeling of enlightenment in with your insults. If you were going to ask if your opponent’s father isn’t at the game because he’s ashamed of his son’s terrible skills, make it plural: “Fathers.” But do not add the F-word, except in Ireland, where speaking without the use of the F-word is rude.

7. Do not question patronage or IQ. Do not be literal. Assertions may be made in the past present tense, but must be framed as a hypothetical. As in, “that sound of your boots as you run up the tunnel could be confused with the hypothetical bouncing of my hypothetical scrotum against your theoretical birth mother.”

8. Add twenty-three percent of caution when David Pocock is on the pitch. 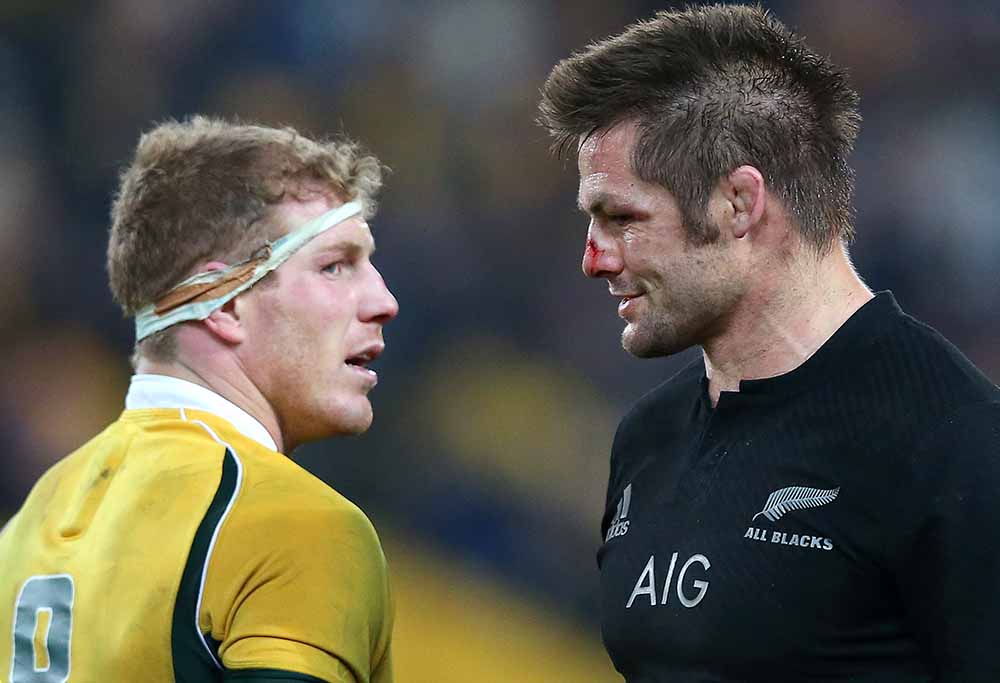 9. Preface insults with ingratiating introductions. “My good sir, thou in the colourful headgear and delicious-looking cauliflower ears. You appear to tackle like a real retrograde hetero. So butch, thou art. Would you mind if I call you a knob?”

10. Keep all geographical and private versus public school references out of sledging. A c – – is a c – – ; no matter where the c – – – lives or was born. Stay on topic. (Any aspersions on England and her rulers – alive and dead – or Owen Farrell, are excluded from censure).

11. Many men throw or kick poorly. Look at Bernard Foley. So there’s no reason to tell a weak exit kicker he “kicks like a girl.” It shall henceforth be approved to call him: “Foley.” Or “you Foleyed.” Or “Fee Fie Foley.” This term is specifically included with “Falcon,” as an authorised insult.

12. Any player calling a mark, can, however, and in some cases must be insulted by any means necessary.

13. A forward is permitted three violations of these rules per game if the target is another forward (or teammate). Forward play is brutal and we allow for that. A back is not allowed any violation. Even if a big Bastareaud.

14. The coach of Australia is also exempt; he has applied for recognition as a performance artist and is thus only doing art, when he calls referees and opponents violative terms.

15. The spirit of these laws is about respect. Try to balance negative statements with positive ones. If you call David Pocock “Gay,” then follow that with “Straight; and there’s nothing wrong with that, probably.”

16. Double entendres as abused by Kiwi and Welsh halfbacks (“Your put-in ain’t straight, hee hee”) shall no longer be permitted.

17. Wayne Barnes has written WR to state he welcomes verbal abuse: we must respect his preferences.

Insult freely within these broad parameters.