A lot of football talk is about transfers at the moment, and the biggest chat concerns Alexis Sanchez’s move to Manchester United.

The move shows a little of what’s wrong with modern day football.

The former Arsenal player is reported to earn as much as $490,000 a week – an insane amount of money for any sports star, let alone someone who has been as poor as Sanchez in his incredible sulk of the 2017-18 season so far.

Whether he deserves it or not, it is a lot of money, and he will need help spending it. So, as a community service, here is some advice.

Hire a helicopter every day
According to a Manchester helicopter webiste, £49 will get you in the air for five minutes – so that works out around 600 an hour.

Alexis could get 816 hour-long flights a year from just one week’s wage. That would cover two trips a day for the whole year, plus another 86 to use for the weekly shopping, going to the local pub’s ’80s trivia night, and the occasional Macca’s run.

Fly 490 of his closest family and friends to Manchester from Santiago
According to Expedia, £1000 will get you from the capital of Chile to Manchester.

So now Alexis has made the move to the Red Devils, what better way to celebrate than to invite 490 of his closest friends and family to the game from Chile? I’m sure he could get a few free tickets.

Having already flown 490 of his closest family and friends from Chile, why not let them – and more – stay and support you for the entire season.

Accomodate seven people at Old Trafford’s four-star Hotel Football for a year
Booking.com has Hotel Football at around £180 a night, so over the course of 365 days, he could get 7.45 people a room all-year round.

Perhaps being a player at the club, he could argue the case for a yearly rate and squeeze an eighth person in.

Give half of the people in his hometown a Manchester United shirt
A United home shirt is currently on sale for around £35. According to Wikipedia, Tocopilla – Sanchez’s hometown – has a population of 24,247.

This means it would cost around £850,000 to dress everyone in his place of birth – so a fortnight’s wages would dress the town.

Buy a luxury car every day for a week
Football players love a flashy car, and if you’re earning £490,000 a week, you can afford to buy whatever and however many you want.

But what would be more fun, and more akin to the life of excess of a football player, than to buy a luxury car every day for a week.

Whem done with the wheels, think of the most creative way to get rid of it. You could be charitable, but more fun would be letting your social media followers decide how to dispose of the car every day.

Cover the annual wage of 12 fourth-division League Two players
Perhaps Alexis could become a man at the head of a footballing dynasty.

Recent reports have a League Two annual salary around the £40,000 mark, so Sanchez could pay for a dozen players, and have change left over. All for a week’s work. Imagine if that team faced United in an FA Cup or League Cup tie!

Or, if you’re splurging on League Two players, why not spend a chunk of that on the transfer fee for Adebayo Akinfenwa – aka ‘The Beast’ – and bring him into the EPL.

Buy everyone under 16 in Manchester a soft serve from McDonald’s for six days
Getting the kids onside is important for a big-time player at a new club, and what better way to get your poster on the walls around Manchester than to splurge on ice cream?

The Manchester.gov.uk website says there were 114,075 children under 16 as of 2016, so – allowing for a little growth, and the current price of a soft serve in the UK of 69 pence – Alexis could buy just over six ice creams apiece for his weekly wage.

Given the red vs blue divide in the city, maybe not all ice creams will be welcome, but when you’re earning £490,000 a week, who cares?

Buy Manchester United the missing ingredient for success, or an expensive troublemaker who has little or zero impact
Let’s say the former for a while this season and a little early next season, and the latter thereafter.

Then I guess it’s off to PSG for another wheelbarrow of cash. 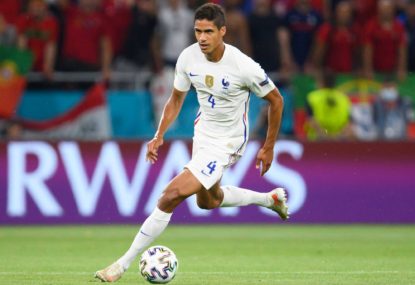