The compelling evidence that rugby league is going backwards

The news that England and New Zealand may be about to confirm their June 23 Test in Denver is but a small ray of light during a pre-season in which most of the portents are that rugby league is going backwards.

This week in the Sydney Morning Herald, colleague Roy Masters presented a bleak picture of the administrative changes within the Australian Rugby League Commission.

Proposed constitutional changes, Masters told us, mean that if the new NSW Rugby League representative on the ARLC and a couple of Sydney club representatives who are also on the NSWRL board decided not to go to a meeting, the commission could not vote on anything.

Furthermore, NSW and Queensland would be forever enshrined in the structure, to the exclusion of other leagues even though teams are already involved from Auckland, Melbourne, Perth and Canberra and will soon be added from Suva.

The Country Rugby League, which has more players than the NSWRL, is already completely unrepresented.

John Grant, to his credit, has seen the recidivist nature of these changes and sought to block them. Roy concludes that, if he is unsuccessful, the “cartel” nature of rugby league in Australia “is back”. 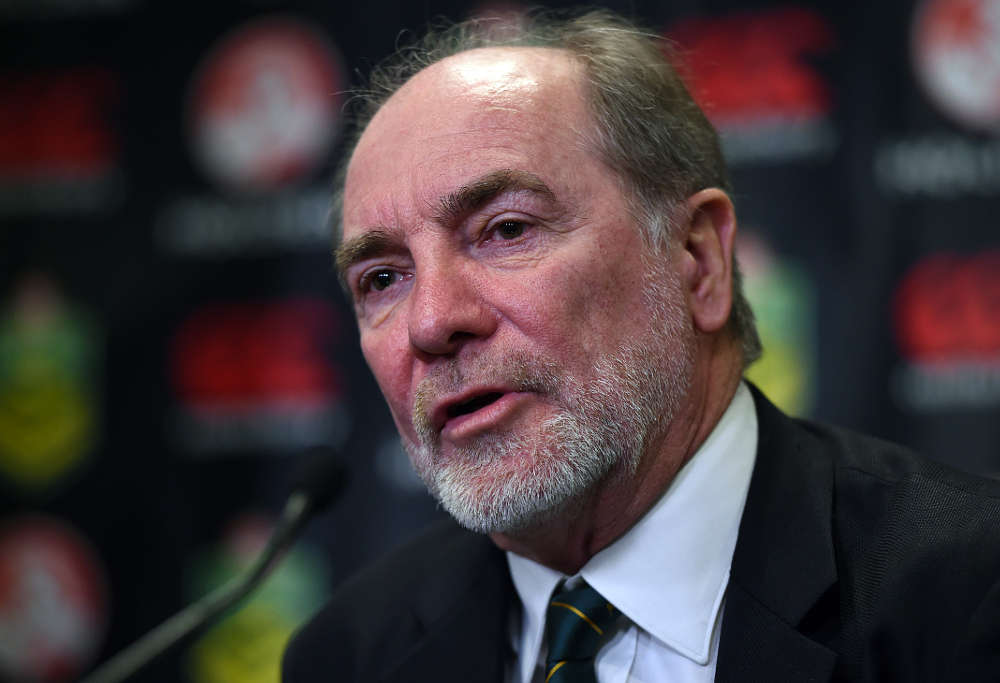 In England, the 12 Super League clubs have replaced CEO Nigel Wood on the board of that body and he has now left it and the over-arching national body, the Rugby Football League.

But no sooner had he made that announcement than Wood was across the pond negotiating with three consortia seeking to enter new teams in New York, Hamilton (Ontario) and Boston. Why, when he was leaving? Suggestions are that Wood is staying on at the RFL as a consultant under a three-month contract from February.

And how can Toronto Wolfpack founder Eric Perez be involved in more than one of these bids when they appear to be in competition with each other? Yet he has been linked with Hamilton for months and has now been linked to the talks regarding NYC in a Times Square hotel.

According to the Press Association, he also said “that there were no plans to headhunt a successor to Wood”.

What? The interim CEO (who, admittedly, will not play a role in deciding on who gets the job) wants the post and there will be no attempts to search for the best candidate – just see who applies?

That would appear to rule out the successful and interested boxing promoters Barry and Eddie Hearn. One can’t see them posting in their CVs to Red Hall.

Meanwhile, Super League executive Roger Draper, who came with high credentials from lawn tennis, has left the sport again for no apparent reason.

The season in England is about to kick off without a structure for 2019 having been announced. In terms of promotion and relegation, teams in three divisions will kick off the year not knowing what they’re playing for.

There WAS a head-hunting procedure before David Collier was appointed the first CEO of the Rugby League International Federation. A rugby union official was offered the job and turned it down.

Collier, like Draper, chose to leave. Both appear to be career sports administrators with plenty of options. In both cases, one must wonder whether they saw the future as even more fraught than this column is painting it.

How is Collier replaced? By his chairman, Nigel Wood, who gets out of the RFL and into the RLIF as a full time job just in the nick of time. Oh, he was “interviewed” – in Sydney, at a meeting he was attending as chairman of the organisation that employed him!

So who is the new chairman? Sure, it makes sense for it to fall to an Australian representative now that the British man is leaving.

One problem: the “Australian” representative is about to have no connection to the ARLC because he has been forced out by NRL clubs!

“It’s a bloody good story if you can get someone to substantiate it but I’m certainly not in a position to do so,” Grant told me, on the record, in November, when asked about the stories doing the rounds of him getting Wood’s job and Wood getting Collier’s.

At the point he said this, you would hope the ARLC had not already officially endorsed him to continue on the RLIF after his departure.

The theme here is repeated appointments from within, or the suggestion of them, and outsiders being scared off.

All of this is not to say that the people mentioned above won’t do good jobs in their new roles or that they don’t care about the game.

But where is the transparency? Where is the due process? How is rugby league not going backwards when this stuff can occur?