The imperfections and ambiguity of the extreme heat policy in sport were never more evident than a couple of Thursdays ago at the Australian Open, where temperatures soared to 39 degrees on Rod Laver Arena, with the surface temperature rising to a stifling 69 degrees.

That the tournament referee didn’t stop play or close the roof to protect the players from the heat was bordering on inhumane. Shouldn’t the welfare of the players be paramount?

Even when Novak Djokovic and Gael Monfils were infamously visibly distressed during their Round 2 match play wasn’t suspended. How them and all the other players, especially on the outdoor courts, continued when their bodies would have been under extreme heat stress and badly dehydrated is almost beyond belief.

For the chair umpire to disregard Monfils’s pleas for extra time between points showed that was, on this occasion, lacking both compassion and an understanding of what the two players were going through in what were extreme conditions.

The Australian Open’s official Twitter account said that the match was not halted because play needed “to be consistent with the outside courts so some don’t get an unfair advantage“. 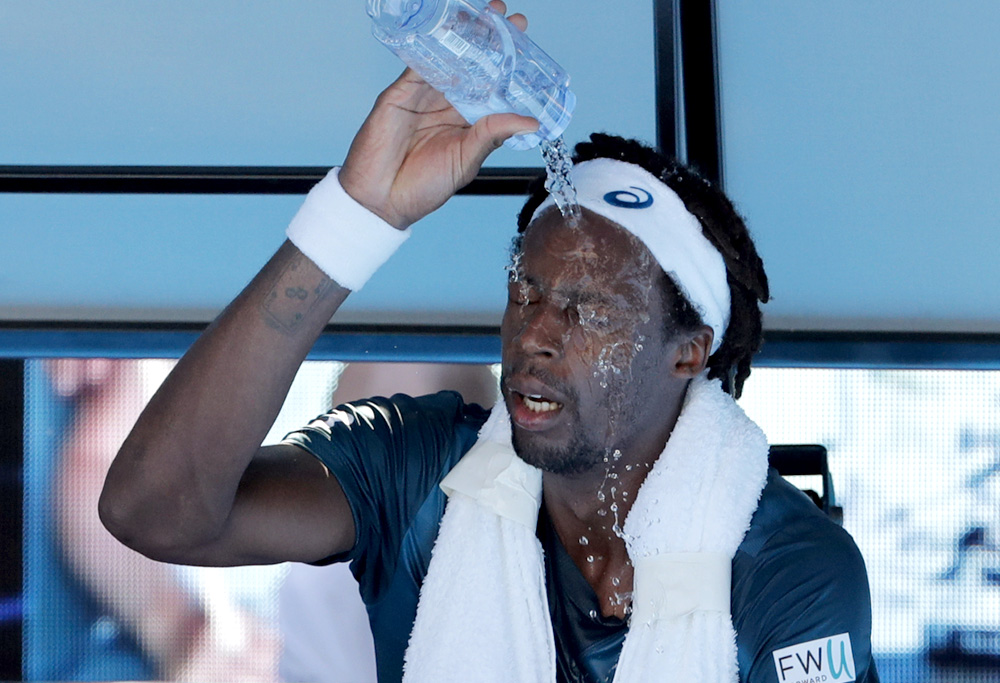 At the end of the day, common sense should have prevailed and play should have been suspended or the roof should have been closed at the very least if, as the Australian Open organisers claims, “The health of our players is of paramount concern to us,” were to be substantiated.

Surely all sports have a duty of care to ensure that the health and wellbeing of those competing aren’t compromised under any circumstances. That is something that needs to be enforced strictly and sooner rather than later.