Bernard Tomic: A lost young man in need of guidance

Last night I caught an episode of I’m a Celebrity… Get Me Out of Here, which now features Australian tennis star Bernard Tomic as one of the guests.

Tomic arrived in the South African jungle on the night of the Australian Open men’s final, the last match of the tournament he tried but failed to qualify for earlier this month. Tomic is said to have quit the show overnight after only two days – the first ‘celebrity’ to voluntarily leave in the show’s two-year history.

Tomic made some surprising admissions in last night’s episode, namely that he had lost himself and wasn’t in a good place in 2017.

After a challenge on the program that had him suspended over a 200-metre-high cliff, a nauseous Tomic ruminated that he ought to leave the show and go back training.

It seemed like another excuse for Tomic, part of a common theme that, wherever he is, he always has a reason to bail out – that there’s something better on the horizon he should be concentrating on. 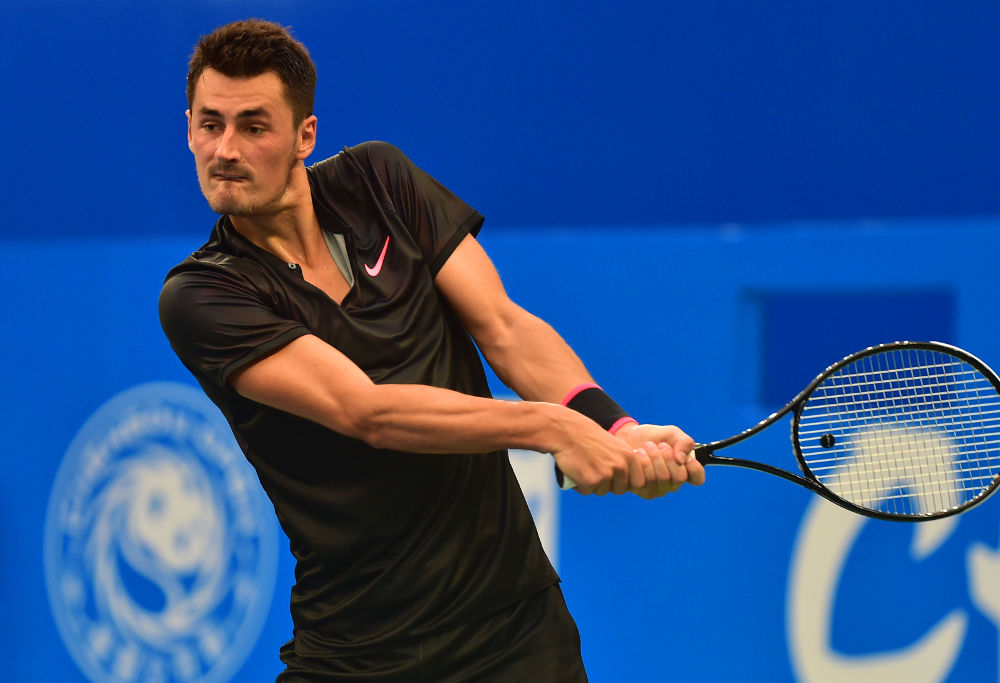 It was similar to what happened in the 2016 Sydney International, where Tomic was playing the quarter-final a few days before the Australian Open started. In bizarre circumstances Tomic debated chair umpire Mohamed Lahyani about whether he should retire from the match because the Australian Open was two days away, arguing he had “a good draw” for the upcoming event and should preserve his energies.

Lahyani, perhaps unusually for an umpire, urged him to play the match and reminded him that he always retires and gives up.

But Tomic seemed set in his decision, and he retired a few games later, laughing with his opponent after shaking his hand.

Many jokes have been made about Tomic’s retirements in matches, earning him the unfortunate nickname in the Australian media ‘Tomic the tank engine’, but the fact that Tomic seems so ready to escape tough situations is no laughing matter.

He solemnly declared last night on I’m a Celebrity that he “didn’t have a childhood”, and another contestant speculated that his parents had pushed him from a young age to do nothing but play tennis. These issues can perhaps be resolved only with the help of a psychologist and some serious honesty from Bernard about the influence his father has had on him. The latter will undoubtedly be tough.

One could argue that Tomic should give up the game for his own wellbeing, but he admitted last night that he wouldn’t be happy if he retired and suggested he had things he still wanted to achieve in tennis.

Tomic is 25 years old and, in an era in which players are performing well into their 30s, could still enjoy a fulfilling career. The issue won’t be his age or the quality of his opponents, however; his mental habits and demons are what may deprive him the most, in particular the habit of giving up when the going gets tough, of not working as hard as he can.

After years of this, he is going to need some serious determination to acquire the right mindset.

Last night’s show and countless other public statements by Tomic over the past year have painted Tomic as a lonely, lost figure in need of mentorship. One can only hope he finds fulfilment while playing the game or away from it.