Sydney can finally move on from black Swan Tippett

Though Kurt Tippett walked away from the SCG for the final time last week, the stink from his underwhelming time at the Sydney Swans remains.

The fallout for the Swans from its recruitment of Tippett – a rare misstep for a club with a modern day Midas touch – cannot be downplayed.

Looking back, Sydney’s big-money move for Tippett at the end of 2012 left many scratching their heads.

Fresh from an epic grand final win over the Hawks, Sydney was rightly being lauded for the latest incarnation of its famed ‘Bloods’ culture. This was a team renowned for honest toil and a club thought to boast a relatively egalitarian wage structure.

Contrast that with Tippett who, together with the Crows, was embroiled in a salary cap saga that ultimately saw him fined heavily and banned for the first half of the 2013 season for his part in the mess.

Throw in a reported $1 million per year salary with the Swans, coupled with the fact that Tippett, whose game was always based more on freak athletic ability for a big man, never came close to fitting the Sydney hard-as-nails mould.

Yet the Swans presumably recognised a rare opportunity to poach an experienced, highly skilled tall forward who could ease the burden on the ageing Adam Goodes and still green Sam Reid.

Tony Lockett and Barry Hall’s time in the harbour city had also demonstrated to the Swans the importance of star power in capturing the local public’s attention in rugby league heartland.

Not only that, any concerns held by the club about a perceived lack of physicality to Tippett’s game would have been dismissed in no small part by the continued presence of the club’s enforcer, ruckman Shane Mumford.

Yet if the Swans’ decision to recruit Tippett had initially been considered dubious, Buddy Franklin’s bombshell arrival in Sydney from the Hawks a year later made it look outright calamitous.

Suddenly the Swans had the key forward and transcendent star it could have only dreamed of.

Of course the kicker was that a huge chunk of its salary cap was now tied up with a key forward in Tippett, who the Swans would not have looked twice at had it known Buddy was remotely on its radar.

The first and perhaps most significant ripple was Sydney having no choice but to allow the out-of-contract Mumford to leave for cross-town rival GWS Giants.

Mumford stood virtually alone in remaining scary in the relatively comfortable surrounds of the modern sanitised AFL and the Swans never fully recovered from the loss of his steel. 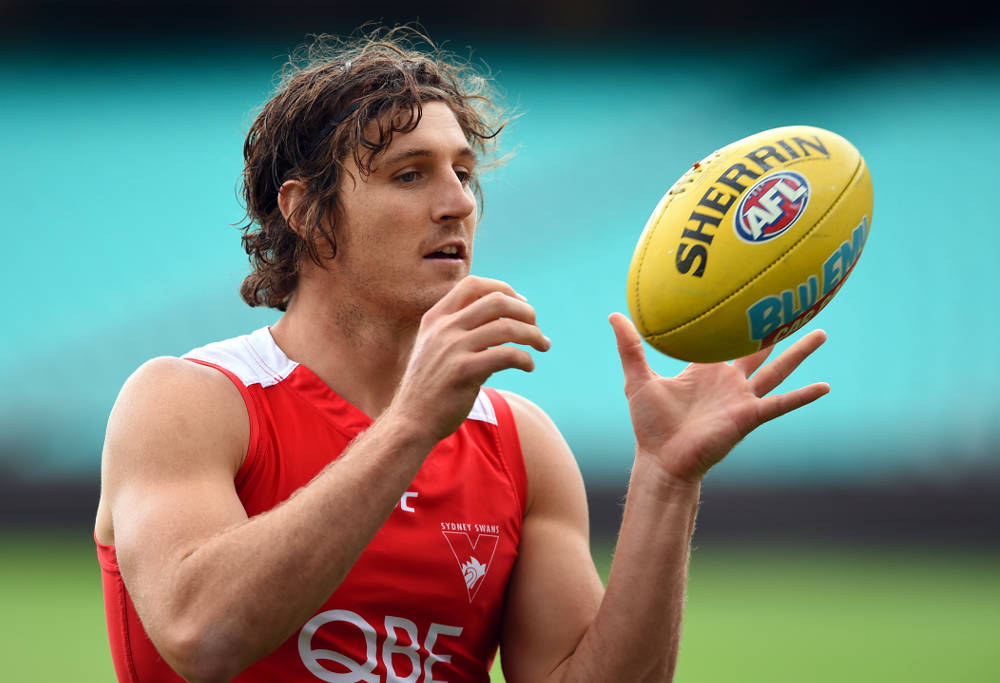 That Mumford’s arrival at GWS coincided with the fledgling Giants gaining what was then an unthinkable upper hand physically over the battle-hardened Swans was a testament to his impact.

But the most telling example of the void left by Mumford was the Hawks’ obliteration of the Swans in the 2014 grand final, a game punctuated by extreme Hawthorn aggression and precious little Sydney remonstration.

While hard-pressed to suggest a different result given the lopsided margin, it’s difficult to imagine the Hawks reprising the same schoolyard bully role with Mumford in red and white.

If Mumford has been the headline casualty from the Tippett and Buddy deals, the health of Sydney’s list more generally has been another big loser.

Concerns about a lack of squad depth were realised in Sydney’s 2016 grand final appearance, where many felt that the Bulldogs’ bottom six players were the difference.

Of course, all of this would have been largely overlooked had Tippett lived up to his billing.

But despite flashes of brilliance, a combination of injuries and more recent spells of poor form have ultimately blighted Tippet’s time in Sydney.

Unlike the Bulldog Tom Boyd, Tippett also spurned his ‘cure-all’ moment by laying an egg in the Swans’ 2016 grand final defeat after Buddy was hobbled by an ankle injury.

The silver lining for the Swans has been the spectacular form of Buddy, which has seemingly justified his monster nine-year deal and in large part pushed the failed Tippett experience into the shade.

Yet if Sydney is not able to win a premiership during the remainder of Buddy’s tenure, it will be difficult not to conclude that the Swans’ Buddy chapter was over a year before it began.