Flanked by FFA Chairman Stephen Lowy and CEO David Gallop, the Dutchman got straight to it, having flown in from the Netherlands this morning. On the agenda: the Socceroos chances in Russia, talk of football philosophy and, of course, Tim Cahill.

Asked why he took the role, van Marwijk was quick to praise the Australian sporting mentality.

“My experience [in the] last two games is that they can play football. They are physically strong. And for me the challenge is to let them play in a way that we have more chance to win games, for example against France. That’s very difficult, but France also played a draw at home against Luxembourg and they lost in Sweden.” 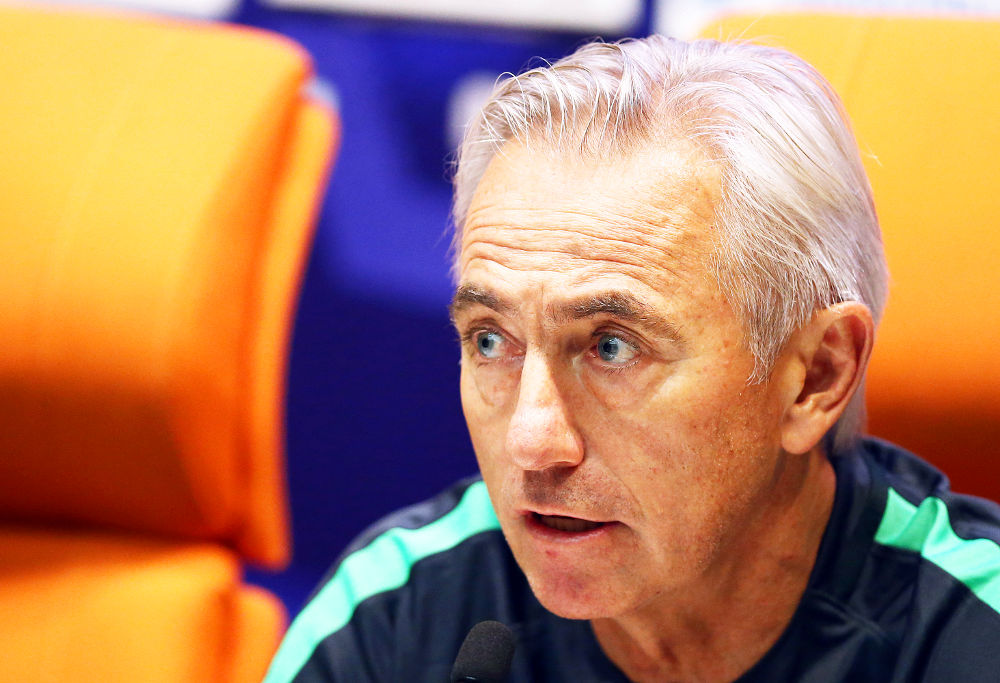 Van Marwijk helped Saudi Arabia to direct qualification for Russia at the expense of the Socceroos, but became available after differences with administrators.

“I could sign their contract for three years but I know how important the preparation for a world championship is,” van Marwijk said.

“They had another meaning about how to prepare. After the day we qualified against Japan, suddenly new people came. I said we do it my way or we do not do it.”

Quite what van Marwijk’s way means for the Socceroos remains to be seen. Famously, his Netherlands side that reached the 2010 World Cup final resorted to cynical tactics to stifle the technical brilliance of Spain.

But the new manager was diplomatic when quizzed on a change of style.

“I’m a realistic coach. I like to create football. I like to have the ball. But I also like to win and that’s the most important thing,” van Marwijk said.

“I think it’s important that we play in a way that fits the players. When they don’t like to play in a way [that the coach] wants, you make a mistake.”

“It’s important for me as soon as possible to get to know the players and their qualities. I know a lot of players. We played against you two times in the past year and we made analysis of the players. But I have to learn them better.

It didn’t take long for Tim Cahill’s name to crop up. The Socceroos talisman has returned to former club Millwall on a short-term deal after struggling for game time at Melbourne City.

The 38-year-old would become just the fourth man to score in four World Cups (after Pele, Miroslav Klose and Uwe Seeler) if he finds the net in Russia.

“I think it’s a very good signal that he’s going to play now for Millwall. But I will not say anything about the qualities of the players,” van Marwijk said. 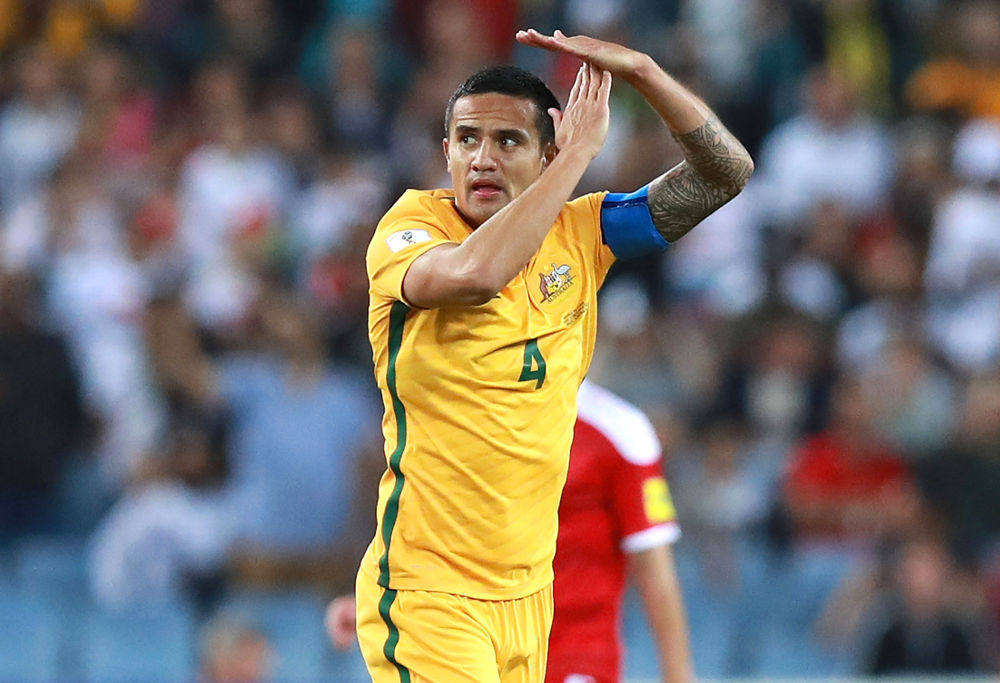 And the big question: can Australia progress to the knockout stage from a group that contains France, Denmark and Peru?

“You know, when I don’t have confidence in that, I wouldn’t sit here. It will not be easy. I already said with Holland maybe we don’t have the best players, but we can be the best team.”

“When you have a good team, the players know exactly what to do. They trust each other and they trust us. For me, modern football is maybe not even a system. I like to play combination football. In modern football it’s only about transition. 100 years ago, the pitch was the same size as now. But the players are bigger, stronger, faster…so it’s all about space.”

“For example, Manchester City may be the best team in the world at the moment. They always have the most ball possession. But they score most goals out of transition. That’s very interesting.”

“We will do it my way. I have confidence that we will have a good time.”

Van Marwijk’s first assignment is a crash course in Aussie football. He’s due to attend several A-League matches over the weekend before jetting off again to scout our Socceroos abroad.

“I’m happy to be here and to see the level of the players here in Australia. I want to see them playing. When you analyse a team, you have assistants and everybody watches a game. But now I’m analysing players. It’s something different.”

David Gallop was on hand to throw his weight behind the Dutchman as well.

“The number one target was Bert,” said Gallop. “He’s been so successful over such a long time. He’s been right through a World Cup campaign, taking Holland to the final.”

“More recently his involvement with the Saudi team meant that he had intimate knowledge of our players already. That was a critical factor.”

“Let’s take comfort that we’re in very capable hands. Bert will play the style that he thinks will get us success.”