Arm in arm, Blake Griffin and the Pistons march inevitably towards despair

Blake Griffin’s first basket as a Detroit Piston was both marvellous and depressingly instructive.

Andre Drummond, suddenly an expert at whipping passes from the elbow, whipped a pass from the elbow to Griffin in the corner. Griffin pump-faked a three, which Jarell Martin offered up less than no reaction to, then commenced a determined, uneasy drive towards the paint. Griffin burrowed in, as he always does, but Martin didn’t really budge. With no separation, Griffin, falling down and flailing, heaved up a prayer – which was answered, high off glass.

It was a vivid snapshot of what Griffin isn’t anymore. Gone is the pure specimen, the superhero force of nature who charged to the rim and made the other best athletes in the world inadequate traffic cones on his path. Griffin is still quick and powerful – still a ‘special’ NBA athlete – but his game exists more on a human plane of existence now, no longer a KIA one.

But, at the same time, that first basket was also a testament to why Griffin remains an outstanding player and why he will continue to endure. The vehicle is tarnished but the driver inside it is still as skilled and composed as ever. The power is a little absent, but the craft, guile and determination are ever-present.

The following oddity is what has always made Griffin so captivating: the most iconic above-the-rim dunker of his generation is made most special by a skill set not unlike Boris Diaw’s. Sure, there is (was) the dunking – but Zach LaVine and Gerald Green can dunk too.

There are few players who feel the game like Griffin, who process the floor and its movements as quickly as he does, who time their drives so fluently, who unlock the angles to rifle, or caress, the perfect passes so expertly. That Griffin at his size, with his explosion, could see things so slowly is what made him so transcendent. 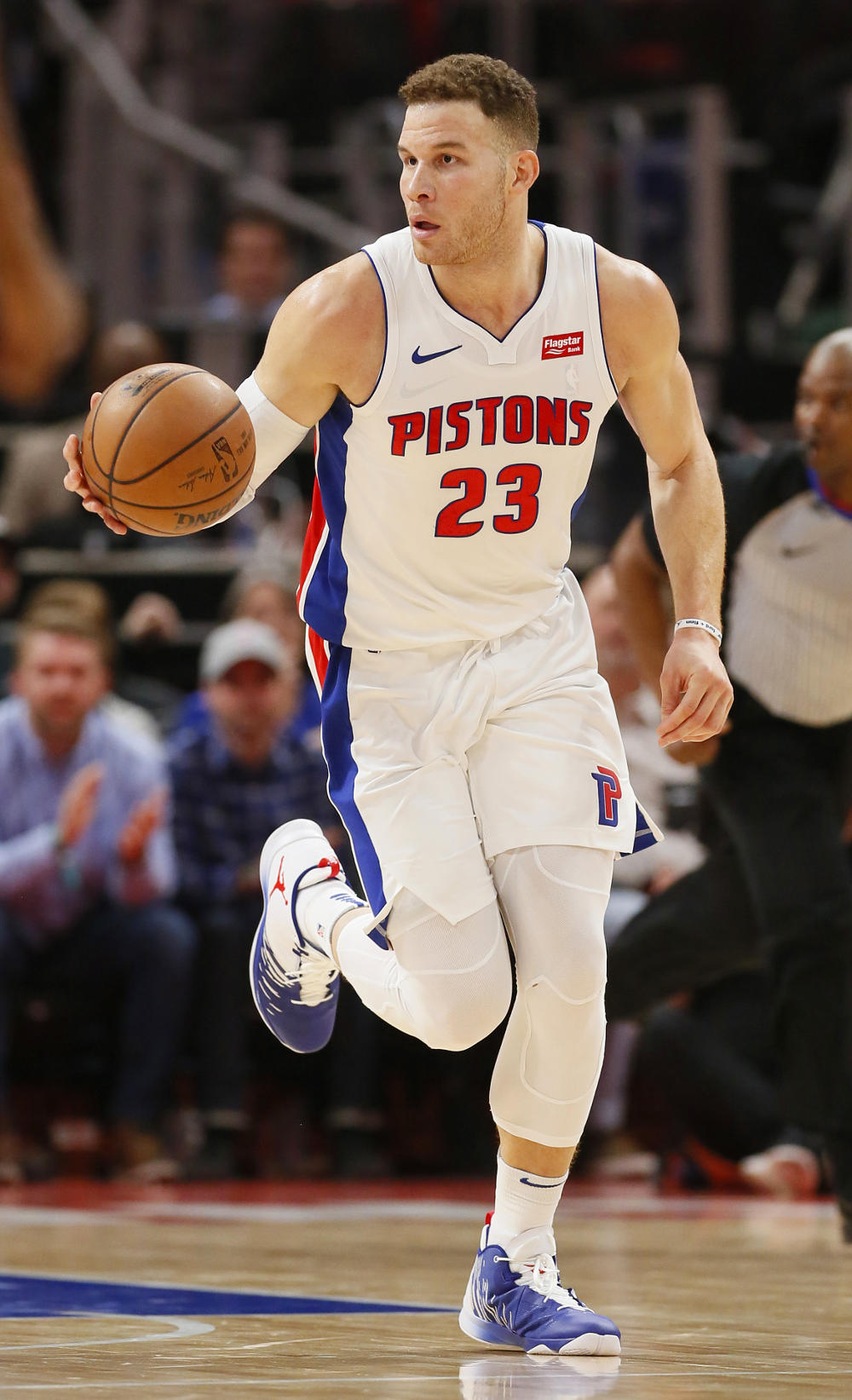 Except he never really held onto transcendence. Only in the 2015 playoffs – when he put up a 26-13-6 across two seven-game series – did he truly get there. That was the one time the maturity of his mind intersected perfectly with his still erupting, youthful athleticism. He might have briefly been regarded as the third best player in the NBA then, but since that moment it has been a steady decline – defined by injuries, bad luck, free agent departures, and more injuries.

The league-destroying superstar of less than three years ago is almost certainly gone forever. The indicators of athleticism – efficiency at the rim, rebounding and shot-blocking – have all fallen precipitously. To watch, yesterday, Bam Adebayo treat a Griffin isolation drive with the same respect that he might accord an Ish Smith drive, blocking Griffin’s shot with an ease that verged on indifference, was confirmation that the Blake Show is over.

But it’s the Diaw-ness of Griffin that creates hope that the show, in a different, less spectacular incarnation, can go on for a little while longer. No Dunk Contest-winning big man who can’t really shoot (yes, he’s competent from deep, but that absurdly flat line-drive jumper strikes fear into no one) has ever been more prepared for basketball life after 30 than Blake Griffin. That is, if he can stay on the court.

The Pistons are betting their future on him being able to. It’s a gamble that feels definitively un-Danny Ainge-like – one that appears to have been made after nine vodka sodas instead of a sobering walk along the beach.

With their fans staying away from the new arena and an unremarkable team growing even more resolute in its lack of remarkableness, Detroit needed to do something. Whether ‘something’ had to mean trading away valuable assets for a negative contract that will almost certainly end up a disaster, and a player whose fit is tricky at best, unimaginable at worst, you can decide.

But the Pistons have their man – the best and most compelling star in Detroit since the Chauncey Billups era. The argument in defence of the trade is simple: the Pistons got the best player in the deal, and when you break up a team that was going nowhere, what have you really jeopardised? 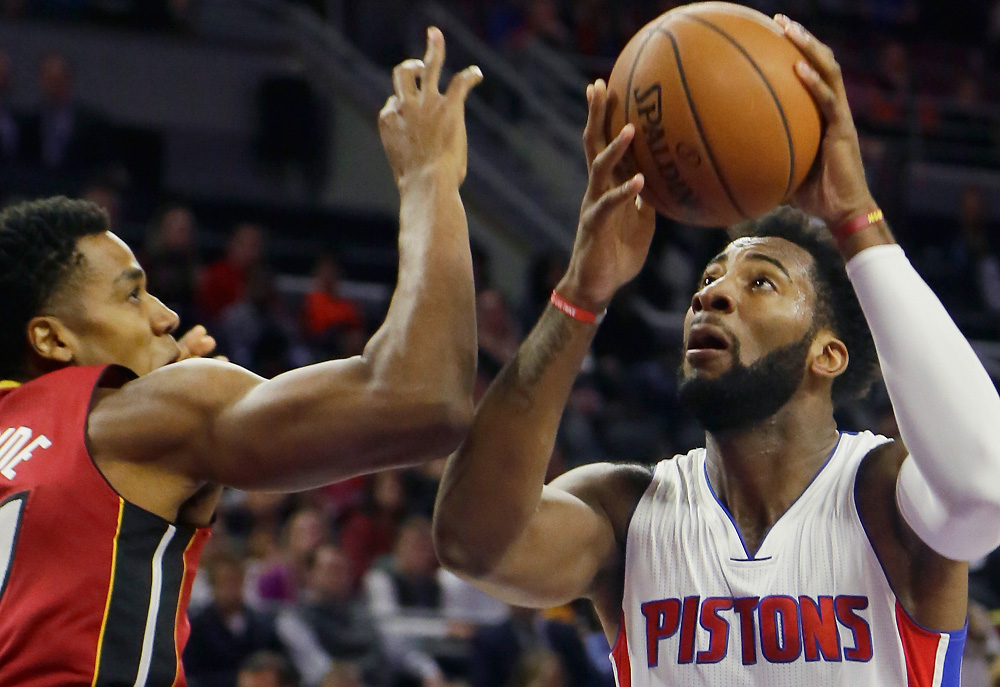 The trade, though, will of course likely be catastrophic. Griffin’s body surely won’t hold up, and even if by some miracle it does, the roster situation around him is dire.

Things are still being figured out in Detroit, but already the floor is sickeningly cramped on offence with no room to manoeuvre – a problem, like many others, that Reggie Jackson won’t really be able to fix. The Pistons have the least inspiring stable of guards and wings in the league, with no blue-chip youngster to act as a guiding light.

There will still be some magic, though. The passing telepathy that will develop between Griffin and Andre Drummond – already surfacing in the first two games – will be special. The athletic dynamism of that front-court tandem is compelling, and when Jackson returns, the pick-and-roll partnerships will be tantalising.

And most of all, Blake Griffin is a reason to watch. Whether that reason to watch is to see the intermittent flashes of magnificence from a once-conquering star, a realisation of memories being brought to the present, or to see a proud player and proud franchise link arms in their inevitable slow march towards irrelevance and despair, is up to the viewer.