Ireland snatched a 15-13 victory over France in the Six Nations thanks to Johnny Sexton’s last-second drop goal in France on Saturday.

It was an incredible finish to what had been a relatively dour game. An unfancied France side were actually leading Ireland with only seconds left on the clock. Ireland had to retain the ball in miserable conditions, knowing that the match would end as soon as the ball went dead.

It was a tremendous show of grit by both sides. Ireland were forced to go through 41 phases of ball retention before Sexton was in a position to kick. The French put in a superb defensive performance.

The tense final moments lifted what had been an otherwise dire game. It should go down in history as one of the great last-minute victories. A more gripping finale couldn’t be scripted.

For most of the 80 minutes there was little endeavour on show, neither side able to find holes in the opposition defence. It was a terrific performance by France to stay in the game for as long as they did.

Although Ireland had only won in France three times since 1972, they were in a very favourable position. They had an experienced squad with few injuries up against a French team that had lost the last seven games. This fixture was also France’s first under new coach Jacques Brunel, after Guy Noves was sacked in December.

Brunel picked an inexperienced team. Ireland veteran Rob Kearney had more caps than the entire French backline combined. Meanwhile, France’s bench only had 16 caps between them.

Brunel also chose Matthieu Jalibert, a 19-year-old debutant at fly-half. Jalibert started well, looking composed in the early stages. Unfortunately, the Bordeaux prodigy was forced to leave the field at the 30-minute mark with a serious knee injury, ruling him out for the rest of the tournament.

Ireland led 12-6 after 70 minutes, when a bit of French flair seemed to turn the game. A quick lineout found Antoine Dupont who jinked and set winger Teddy Thomas free down the right flank. Thomas hit the accelerator, leaving Jacob Stockdale, Keith Earls and Sexton in his wake to score.

France converted to lead 13-12. It was a fitting highlight to win any game, but Sexton had other ideas.

As the clock ticked towards 83 minutes, Ireland held their nerve and their patience. Sexton’s right boot did the rest, thumping a field goal from all of 44 metres. 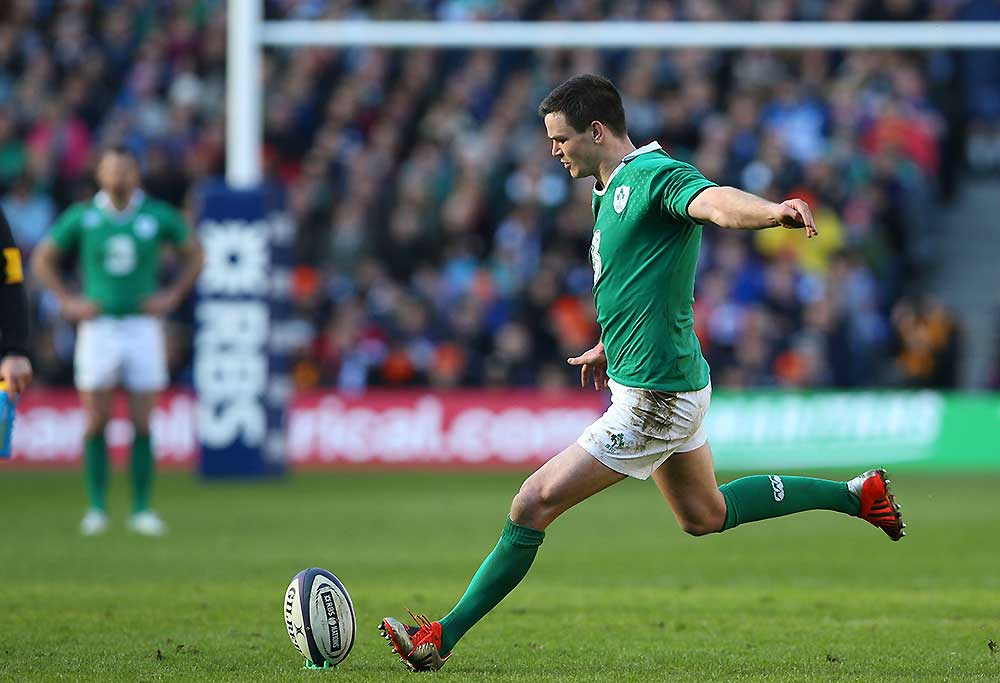 The game was also marred in controversy, with a French player leaving the field to undergo a Head Injury Assessment. Replacement scrum-half Dupont went to ground and the team doctor called for an HIA.

Dupont looked to be holding his knee and no footage could be found of any contact to his head occurring. The HIA call allowed the far more experienced Machine Maxenaud to return to the field for the last minutes of the game, despite having already been subbed off for Dupont.

France were fined for abusing the HIA law in a game against Wales last year. The HIA rule was introduced to protect the welfare of the players and should not be abused for tactical reasons.

Match referee Nigel Owens seemed dubious about the call but was unwilling to overrule the match doctor. Several former players have derided the incident on social media. The Six Nations board have announced that they will investigate further.

Despite the miraculous finish in Paris, the Irish will be disappointed they left it so late. They’ll need to improve drastically if they hope to compete with Wales (who crushed Scotland 34-7) and England (who beat Italy 46-15). Ireland’s next assignment is at home against Italy on Saturday (February 10 at 2pm in Dublin).

We called him Yogi. It made sense if you met the guy, he was an enormous bear of a man.

The legendary general manager of the Toronto Blue Jays and the Philadelphia Phillies in Major League Baseball, Pat Gillick, once said “Building a baseball team is like building a house. You look for the best architects, the best builders, and then you let them do their jobs.”

Sanzaar bosses haven’t given up on staging a full Rugby Championship this year and say it could unfold inside an Australian eastern seaboard bubble.