Who's got a point to prove this NRL season (Part 3)

It’s the final part of our series on who’s got a serious spotlight shining on them ahead of the 2018 NRL season.

Sharks
A couple of seasons ago, Matt Moylan was the incumbent NSW fullback, part of the Australian squad, and freshly signed to a big deal by the Panthers. He was also made the Penrith captain and played in a victorious Blues side at five-eighth.

It seemed Penrith were building their future around him, and you would have got any old odds that he’d leave the foot of the mountains to start again in the Shire.

Moylan will likely start at 6 for the Sharks and there are many yet to be convinced of his credentials in that position. He’s a very good ball-playing fullback, but that doesn’t necessarily translate into a front-line role.

He’s well suited to five-eighth and could help the Sharks bounce back from a season where they promised a lot but rarely got out of second gear. Their roster needed a freshen up, and that’s what they’ve got with Josh Dugan and Moylan coming in.

Bit of pressure on Valentine Holmes to make a fist of the fullback role too, just quietly. 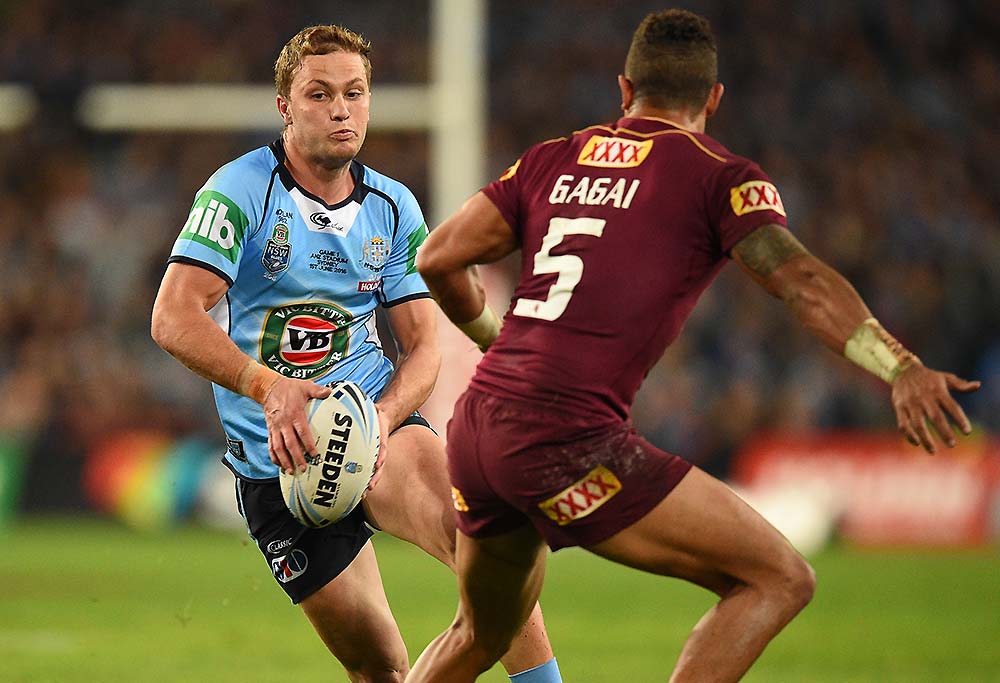 Storm
With Cooper Cronk off to the Roosters, the man with a point to prove at the Storm will be the player who replaces him – Brodie Croft.

While there’s a ton of expectation replacing Cronk, there could be no safer place to make your mark in rugby league than playing outside Cameron Smith and inside Billy Slater and Cameron Munster, with your contribution planned by Craig Bellamy.

It will be interesting to see if Croft is turned into a Cronk clone or if the coach taps into Croft’s strengths. From the few games I’ve seen, he seems to have a better running game than Cronk, so the youngster may be given a bit more licence to run than having to organise.

Tigers
Tui Lolohea is one of the most naturally gifted young footballers I’ve seen and was criminally misused by various coaches at the Warriors, with his versatility counting against him. He rarely got two weeks in a row in the same position, continually being shuffled between five-eighth, fullback, centre, wing and off the bench.

It looks like Lolohea will be given the fullback jersey at Concord fulltime and the ball is in his court to turn promise into performance.

Titans
The head coach role at the Titans would have to be one of the toughest assignments in footy – let alone for a rookie such as Garth Brennan. The perennial basket cases of the NRL would love a period of stability and success. From centre of excellence disaster, financial bailouts, cocaine scandals, Jarryd Hayne’s signing and ablutions on police cars, the Gold Coast are never far from headlines for the wrong reasons.

But they have a lot of talent and if they can keep their best 17 on the park, they will give a lot of teams a run.

Their depth in the middle third looks a bit skinny but with attacking players like Ash Taylor, Kane Elgey, Konrad Hurrell, Brenko Lee, Michael Gordon, Anthony Don, Bryce Cartwright and Kevin Proctor, Brennan must come up with a gameplan that plays to these strengths.

In interviews, Brennan talks sense and football types say nothing but good things about him for what he’s achieved at lower levels. But gee, he has his work cut out for him here.

A lot of fans are picking the Warriors as wooden spooners, but I don’t see it based on the squad they have. Then again, if the Warriors performed on the field as well as they present on paper, we wouldn’t be having this conversation.

So Stephen Kearney is up against it to get this side performing to their potential consistently, which is a big ask for a coach with a 26 per cent win rate at NRL level. But he has a World Cup to his name. Go figure.

A spine of Issac Luke, Shaun Johnson, Blake Green and Roger Tuivasa-Sheck should be as good as any in the competition, while forwards including Simon Mannering, Tohu Harris, Adam Blair, James Gavet, Leivaha Pulu, Agnatius Paasi, Albert Vete, Sam Lisone and Bunty Afoa should go toe-to-toe with most packs.

Their three-quarter line is not as strong, but with players like Peta Hiku, Gerard Beale, David Fusitu’a, Ken Maumalo, Solomone Kata, Ata Hingano and Blake Ayshford, they can put a decent back line on the field.

It’s probably not in the Warriors’ best interests to be chopping and changing coaches, but what will they do if there’s another poor start to the season?