Aussies narrowly miss out on medals in the moguls

Australia’s medal hopes took a hit on Sunday as Britt Cox and Jakara Anthony missed out on medals in the moguls final in PyeongChang.

Both reached the Super Final for the top six competitors. Cox, in particular, was tipped for a podium finish after qualifying in second, but could only manage fifth in the medal round ‒ scoring 75.08 ‒ a repeat of her result in Sochi four years ago.

19-year-old Anthony proved the surprise packet, edging out her compatriot to fourth place with a career-best score of 75.35.

The gold medal was claimed by France’s Perrine Laffont (78.65), followed by Canadian Justine Dufour-Lapointe (78.56) and Yulia Galysheva of Kazakhstan (77.40).

As it turned out, the event finished just in time. Just an hour after the final, the mountain was engulfed by high winds and blizzards.

Had Cox been able to replicate her qualifying run, her score of 78.28 would have been good enough for bronze. Despite the disappointment, she was quick to hug and congratulate her teammate. The effervescent 23-year-old from Wodonga stated she had no regrets about the result.

“I only had one thought coming into these Olympics and that was to go for it in the final,” said Cox. “Unfortunately coming off the first jump I went big into the first few turns with a few ski splits and that’s what cost me the points. 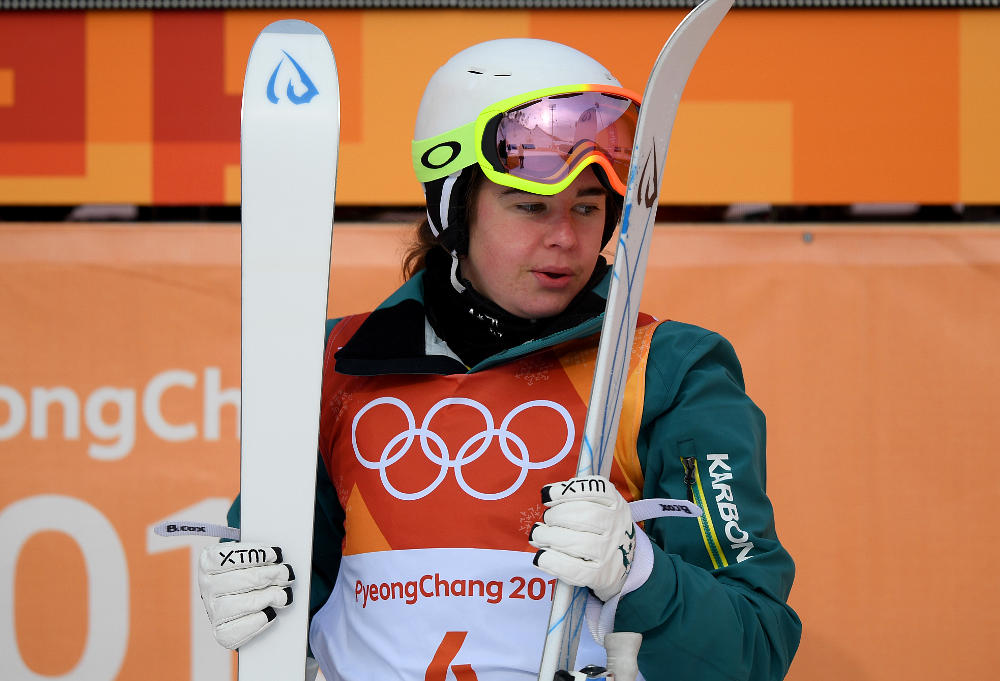 “I pushed it a little too hard and was scrappy. The girls that were on the podium and Jakara’s performance, they are very well deserving of their results.

“I went big and I went fast and it didn’t pay off for me in the super final, but I achieved my goal of going for it and for that I’m proud of my performance,” Cox concluded.

It was a rough old weekend for the Aussie team as snowboarder Tess Coady ruptured her ACL while training for the women’s slopestyle heats. The session was called off shortly after amid strong winds.

The moguls result does come as a blow for team officials who will have earmarked the moguls as a likely source of medals. Perhaps it’s a sign of progress that Australia can now feel genuinely disappointed not to win skiing events, but that’ll be cold comfort to the AOC and their increasingly high expectations ‒ not to mention investment ‒ in the Winter Games.

With more medals up for grabs in the coming days, Aussie eyes now turn to the snowboarding and speed skating.