Jarryd Hayne to the Rugby World Cup? Here's why that's a terrible idea

Rumours are abounding that notorious code-hopper Jarryd Hayne is eyeing off a switch to rugby union in an effort to represent Fiji at the 2019 World Cup.

Not only is it difficult to believe these rumours, but another backflip for the world champion of contract acrobatics would be the worst move possible for him to make.

Fox Sports is reporting that, according to “sources”, there is genuine interest from the Fiji national team in Hayne and that coach John McKee’s “door [is] open”.

That may be true, but I’m sure any A-League club’s door would be open to Lionel Messi – that doesn’t mean the Argentinian maestro is going to be heading Down Under anytime soon.

As far as whether he should make the switch? I’ll just let McKee do the talking.

McGee said to Fox that he’d “certainly look at Jarryd’s form if he came back to rugby”.

“Back to rugby” is a stretch, given Hayne has only ever played sevens at the elite level, but just listen to the rest of what McGee had to say.

“Realistically it’d be a hard job now with rugby league going through to September; it doesn’t leave much of a window for him.

“He’s got a lot of good players he’s up against, so if he’s good enough he’ll get in but he’d have to be outplaying some outstanding players.”

Hardly a glowing endorsement from arguably the man who’ll have the most to say, save for Hayne, in any future code-hop.

Based on Hayne’s brief rugby sevens career, you can’t blame him for being cool on the idea.

While he featured in five of Fiji’s six games at the London Sevens in 2016, his total game-time across those matches was only about 15 minutes. He touched the ball on one occasion in a loss to England and, despite only appearing for the final minute, managed to give away a penalty in the game against Australia.

Coach Ben Ryan said “his fitness [was] way down on our boys” during the tournament, with Hayne himself admitting “physically, [he] definitely wasn’t in sevens shape.” 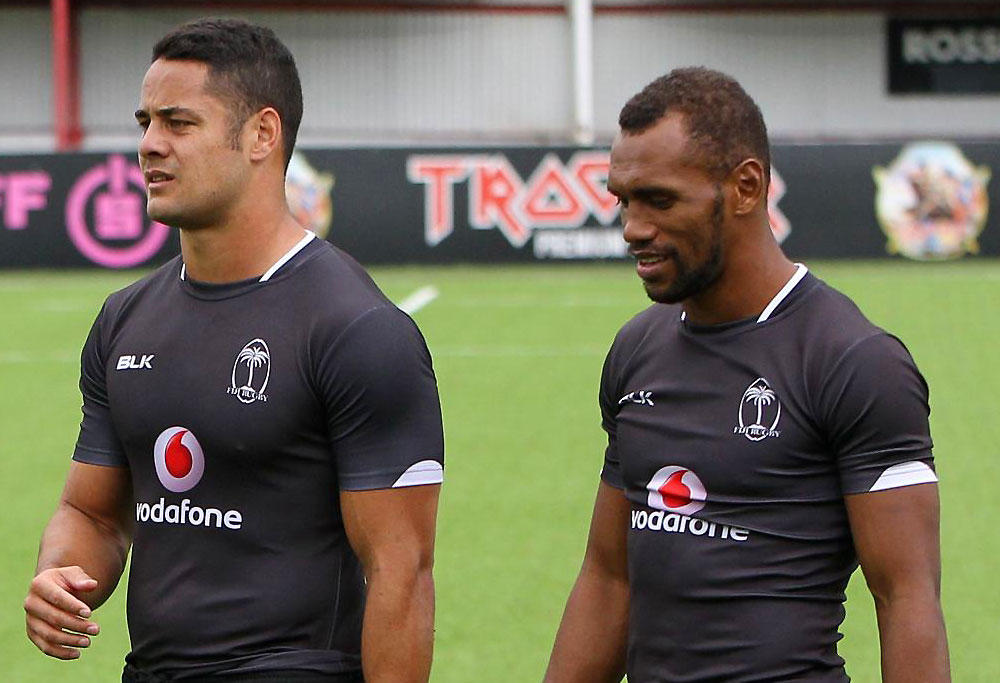 While Fiji’s sevens team are world-beaters, much unlike the XVs side, the idea that he could stroll into the World Cup squad off the back of that performance and two underwhelming years at the Gold Coast Titans seems farfetched at best.

Hayne scored just the eight tries in 25 appearances for the Titans and was constantly dogged by rumours his work ethic at training was poor, which subsequently put him at odds with much of the playing list and coaching staff.

After coach Neil Henry was sacked, rumoured to be at least partly an effort to keep Hayne at the club, the former Eel sensationally quit the club to re-join Parramatta – who he had previously promised he would play for upon his return to the NRL.

Before that, he played eight games for the NFL’s San Francisco 49ers, averaging a combined 19 yards across rushes, catches and punt returns and fumbling three times.

He was cut from the team midway through the year, before being re-signed after the Niners injury toll started to mount.

There’s no doubt it’s been a tumultuous few years for the former darling of the NRL, with his profile arguably hitting its lowest ebb a few weeks ago after it was reported he finished behind coach Brad Arthur in Parramatta’s time trial.

But if Hayne is ever going to get back to his best as a sportsman, it won’t happen at the World Cup for Fiji. It’ll happen where he is right now.

No more distractions, no more feuds with coaches, no more code-hopping.

Now, back in the environment where he’s enjoyed the greatest successes in his career, it’s time for Jarryd Hayne to just get his head down and put everything into having a good, solid season of football for the Eels.