We’ve had our first taste of AFLX, and in terms of divisiveness it was the sporting world’s answer to pineapple on pizza. Here’s five quick takes from me on the AFL’s newest experiment.

The game badly needs more balance
I sat down to watch and live blog the first AFLX tournament on Thursday night thinking there was a pretty good chance that I would actually enjoy the AFL’s new take on the game. I was wrong.

Was it less congested? Yes. Was it high scoring? Yes. Did it showcase speed and skills? Yes again. But did all that make it better? No, not at all.

I’ve never so much appreciated just how balanced sport needs to be in order to provide an engaging contest. Yes, everyone loves to see their team kick a goal – but only because it is something that’s actually reasonably hard to do.

AFLX strips away virtually every contested element of the game, creating a sport that is basically basketball if the hoop was more than six metres wide and infinitely tall.

It’s not at all a bad way for clubs to get some skills and ball-movement practice in at pre-season time, because it will lift endurance and injuries are extremely unlikely given how little contact there is. But that’s not much fun to watch.

It’s very telling instead that some of the most re-watched moments of the three AFLX tournaments were the few where it actually got physical. I could watch Braydon Preuss ragdoll Tom McDonald fifty times in a row. I may have done so already.

I’m probably a bit more on the side of appreciating the physicality of footy than the speed and skills necesarilly, and I’ll happily admit that AFL footy often balances far too much in favour of the former especially if you get two grubby teams playing in the rain.

However I reckon we could all agree that you need to have both, not just one, to make a watchable game. Speed isn’t impressive if the only thing you have to compare it to is more speed.

For that reason I suspect this is the last we’ll ever see of this exact incarnation of AFLX – on Thursday night it sounded like Gillon McLachlan probably already had half a dozen rule changes ready to go. If this was AFLXW, coaches would’ve received a memo on Friday morning.

AFLX has some good ideas though and I do believe there’s a place for it in the AFL calendar. So let’s look at what changes could be made to make that happen.

Five things that need to go
Silver balls – these crossed the line into super-gimmicky the minute they were announced and proved to be a terrible idea, lacking the visibility of the AFL’s standard red and yellow Sherrins.

They were turfed halfway through AFLX Adelaide and it was decided on Friday morning not to bring them back for either of the following tournaments. Good riddance.

‘Zooper’ goals – I’m not convinced AFLX needs anything more than the standard goal and behind, but if it does then the concept of how it occurs definitely needs to be re-thought.

At the very least move the arc back out to 50m so that kicking one actually requires a special effort, and cut the ridiculous name.

Kick-ins after goals – Jarrod Pickett kicked a ripping, exciting goal on Friday night, the exact kind of play that AFLX seeks to generate.

There was literally no time to enjoy it whatsoever except in the very moment of it happening. If you happened to be looking away at that split second, you missed it.

No time-on and a kick-in after a goal means no time at all to celebrate a goal, no chance to replay it. Which makes kicking so many goals in the first place kind of pointless, really.

Mid-match interviews – Let’s never cut to the stands for a quick chat with so-and-so in a sport that moves this fast again. You’d have a 30-second interview and come back to find someone has put three goals on in that time.

At-the-ground commentary – I can’t imagine anything more frustrating at a sporting event than having someone on the loudspeaker through the entire match telling me what I can see right in front of me with my own eyes. A recipe for a migraine. 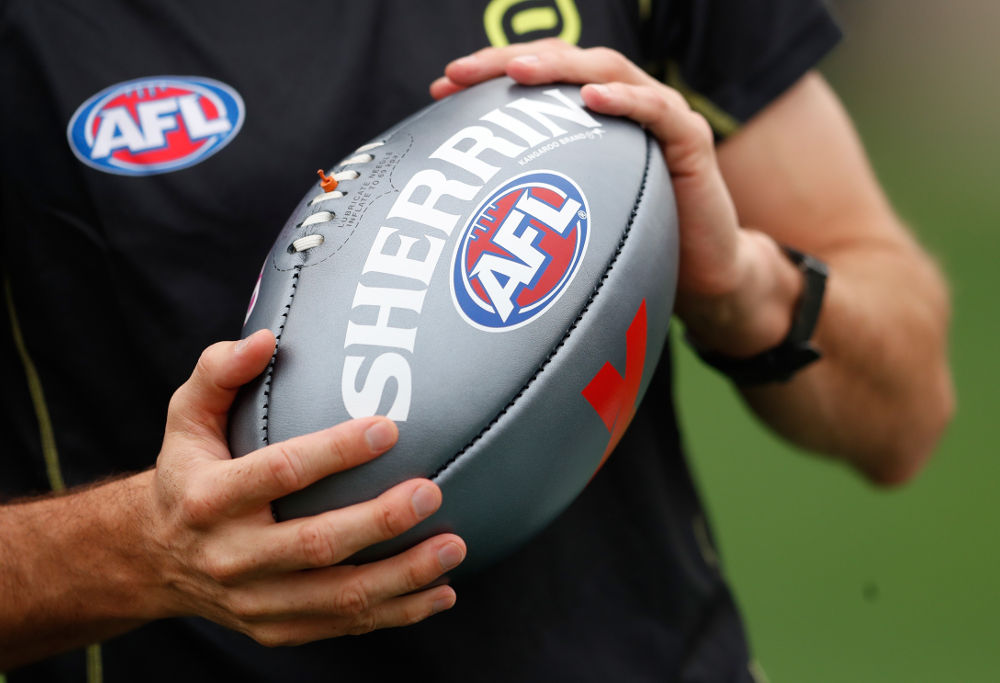 Two things that need to be brought in
Time-on – In combination with no longer having kick-ins after goals, let’s put a bit of time-on back into the game.

I agree it doesn’t need to be there for stoppages, that’s fair, and there’s not many of them anyway, but time-on after goals and during serious injuries is needed to give us all a chance to breathe.

More players – Seven players just isn’t enough to create any kind of contest when it comes to getting a clearance or marking the ball, and those are two things that we just cannot do without.

I’d say start by lifting it up to ten players per team on the field – that does fit with the X in AFLX, after all, and on a smaller ground, should make things a bit more contested without clogging things up.

That might need to be upped further if the balance still isn’t quite right, but it’s a good place to start.

How to fix the format
The Sydney Sevens and the Brisbane Tens reminded us all a short while ago how badly the idea works, so I don’t know why the AFL decided to follow their lead in the “shortened game but it actually goes longer” trend.

Sure, a ‘game’ of AFLX only goes for twenty-five minutes or so when you factor in the halftime break, but when you play seven of those games back to back it actually drags on longer than a conventional AFL game, negating what is supposed to be one of the key drawcards.

The NRL did the same thing with Auckland Nines up until this year where they scrapped the event entirely. That should’ve been a pretty big warning sign to the AFL letting them know that this isn’t what people want.

It would be like if you had T20 cricket but matches were only ever played in blocks of four back-to-back at the same ground in a single day.

The crowd at the Sydney edition of AFLX really drove the point home – this is supposed to be the AFL’s tool for expanding into the land of the rectangular stadium, but you could get a bigger AFLX crowd by hosting the tournament in my backyard.

So how do we fix it? My idea is – four ten minute quarters per game (including time on for after goals and during injuries only), two games per night in a double-header.

What I’d really love is to see that format turned into a January competition where IPL-style independent teams comprised of recently retired veterans, state league stars and the best of the league’s under-18 crop go head to head.

Think about it – you’d have the draw card of watching much loved players in action once again (come on Boomer), while at the same time giving future stars of the game some early media exposure, as well as the chance to train with, be mentored by, and play against men.

That’s the kind of dynamic that works so well in the Big Bash League, which is clearly what the AFL is trying to copy here, and I reckon it’d be a winner in AFLX.

I realise this might be a bit too much change at once though, and a more realistic format for AFLX in 2019 might be as double-headers of 40-minute games in the pre-season replacing all or part of the ‘JLT Community Series’.

AFLX does, after all, have some qualities that make it a good pre-season hitout and with a few of the changes above, could be watchable enough to make this work too. 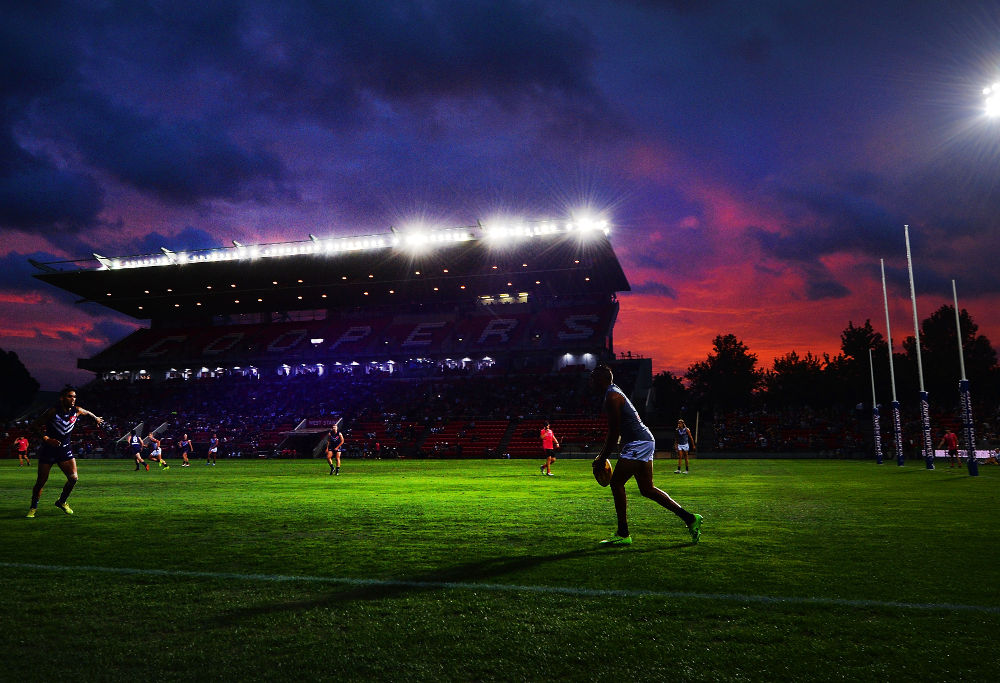 Title wins a good omen for 2018?
Alright, enough talking about how to change AFLX – to finish off, let’s go into the murky waters of asking whether or not we actually learned anything about the AFL’s eighteen clubs this weekend.

I’m not convinced we did, other than that Braydon Preuss is a demi-god whose father is Zeus and whose mother is a tsunami, but I already knew that.

However, I’m prepared to say that the winners of the three AFLX tournaments can probably take it as an omen that 2018 will be a good year for them, if only because I already thought these sides were set for big things.

Adelaide, well, it doesn’t require much evidence to support the idea that they can be good in 2018, because they were very good in 2017. Does recruiting Bryce Gibbs outweigh the loss of Charlie Cameron, Jake Lever and (temporarily) Brodie Smith? I don’t know, but I’m excited to find out.

Melbourne are possibly the team I’m most bullish on for the upcoming season in terms of who can improve the most from last year, and I’ll be absolutely staggered if they don’t make finals. A top four contender – I’ll talk more about them later this week.

As for Brisbane, well, they’re not in the same class as the other two teams mentioned here, but I do have high hopes for them in 2018. I reckon they’re set to improve a lot – probably not into finals territory, but I’m confident they’ll avoid the bottom four at least.

Also just quickly – really liked the look of Stefan Giro, Willie Rioli and Aiden Bonar, and as a North fan I’m ready to say get excited about Paul Ahern, and move over Neville Jetta, Shaun Higgins is the most underrated player in the competition.