We’re a week into our AFL preview series here at The Roar, and it has already been laced with controversy.

From 18th to 15th, Gold Coast, Carlton, Brisbane and Fremantle have been covered, and there has been plenty of conversation in the comments from our readers. However, all parties have been united as never before on one common theme each day.

“Why haven’t you done North?”

“We will not finish behind North!”

Well, a week too late for most people, here it is!

The Roos played quite an attacking style last year, similar to Brisbane, but just a better version of them. They posted some big scores, particularly for a side sitting second bottom with one round to go, but as a consequence, they were also easy to score against, especially as the season went on.

In their last five losses, the average score conceded was 122.6 points per game.

North’s strength lies in their experienced spine and on-ball group, which is the best of the bottom tier clubs and can carry them to wins.

Robbie Tarrant has become a very, very solid centre half-back that does everything well, and would probably be a dual All-Australian if Alex Rance wasn’t around.

Scott Thompson wound back the clock a bit in 2017 after a couple of patchy years, perhaps stung into action by so many experienced teammates being let go after the 2016 season.

Jarrad Waite is still a gun when he takes the field, but the only thing more certain than him getting injured at some stage is how much he will get talked up pre-season as being in his best ever physical condition.

He only played ten games last year, but North won four of them. Their other two wins were against Gold Coast and Brisbane, so he remains important.

Ben Brown played deeper than in previous seasons and enjoyed a graduation year taking responsibility as the number one man thanks to Waite’s injuries and the departure of Drew Petrie. 63 goals and 14 Brownlow votes was an outstanding return. 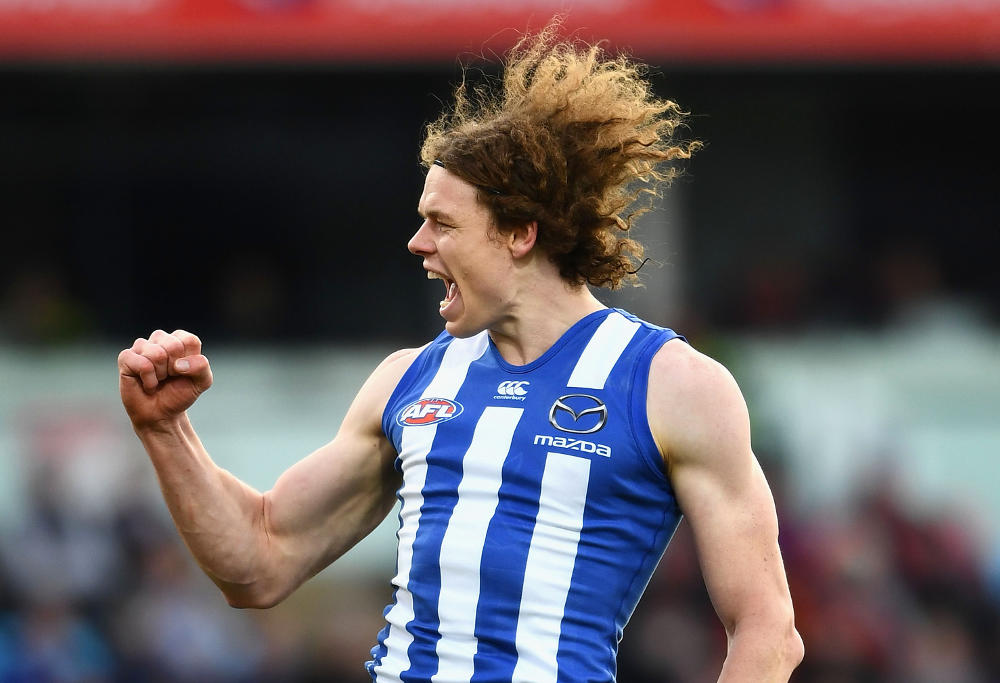 We can expect a similar profile again, and given Brown is strong on the lead and in the air, he gives North options as a focal point every time they go forward.

Todd Goldstein was the undisputed premier ruckman in the competition in 2015 but fell away thanks to some personal and mental issues that were highlighted in the Herald-Sun last week. From all reports, he is ready to produce his best once more, and is one of few ruckmen that can shape a game through tap-work, ground level follow-up, linking and goals.

Ben Cunnington loves the coalface as one of the best clearance and contested players in the league and should benefit even further from a resurgent Goldstein. Jack Ziebell is a poor man’s Patrick Dangerfield, which is no slight.

It won’t be a lack of hardness around the contest from their leaders that holds North back.

Shaun Higgins is the last of the senior players in important positions, the reigning best and fairest. He’s the classiest player on the list by far, a goal-kicking midfielder that has a measurable impact when getting the ball up near 30 times a game.

These eight players will carry a huge weight, and yes, there are some question marks. Can Thompson back it up at 32 years of age? Will Goldstein bounce back to his best as expected? How often will Waite play? Can Higgins’ body hold up two seasons in a row?

Looking at the next tier of experienced players, and we have names like Marley Williams, Jamie MacMillan, Shaun Atley, Taylor Garner and Nathan Hrovat. You can be forgiven for thinking they’re all a bit ‘meh’, but each has some assets.

Luke McDonald is the best of the wave of youth at this stage, bearing in mind he has only just turned 23. He’s coming off by far his best season, and he will have more impact through middle-forward, helping out at half-back when required.

Mason Wood can look like anything at times but just can’t get any consistency. He’s never played more than ten games in a season, but we can look back to Round 7 last year against Adelaide to see what he can do – 24 touches, ten marks (three contested), five tackles, five scoring shots. 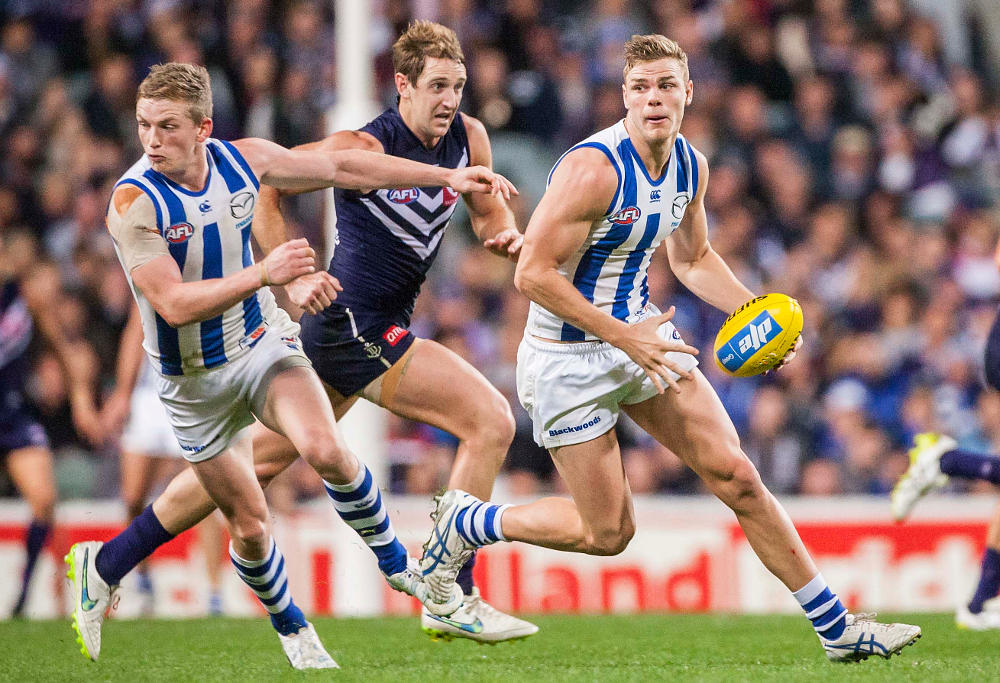 A criticism of North over recent years has been a sameness about their midfield group, and a lack of outside run. Brad Scott addressed this last year in-season and through the trade period.

Atley and McDonald were moved from half-back into the middle, and Billy Hartung was acquired after being delisted by Hawthorn.

Admittedly, this isn’t exactly Robbie Flower and Doug Hawkins on the wings we’re talking about, but it at least addresses a need. North liked to switch the ball at all costs last season, and the delisted Sam Gibson was often a linkman in this kind of play, so there is a hole that needs to be filled.

Ben Jacobs and Sam Wright are professional footballers that give North a little bit of depth, and they have a host of players in their early 20s that we haven’t seen much of that may step up and surprise.

But right now the list does appear to fall away badly, and if they do get a run of injuries to the key group, things could get ugly. That said, this is going to be equally true of the other cellar-dwellers too.

Luke Davies-Uniacke has a lot of expectation given he is the only untried player at North that has been taken in the top 20 in the last three drafts. He is expected to play immediately and have an impact in the manner of Dustin Martin or Ollie Wines in their first seasons.

The bad sign for North going forward is that Davies-Uniacke is likely to be the only Rising Star nominee from the Roos this year – not a great sign for a side in full rebuild mode. The bigger danger for this club lies beyond 2018, moreso than this season. 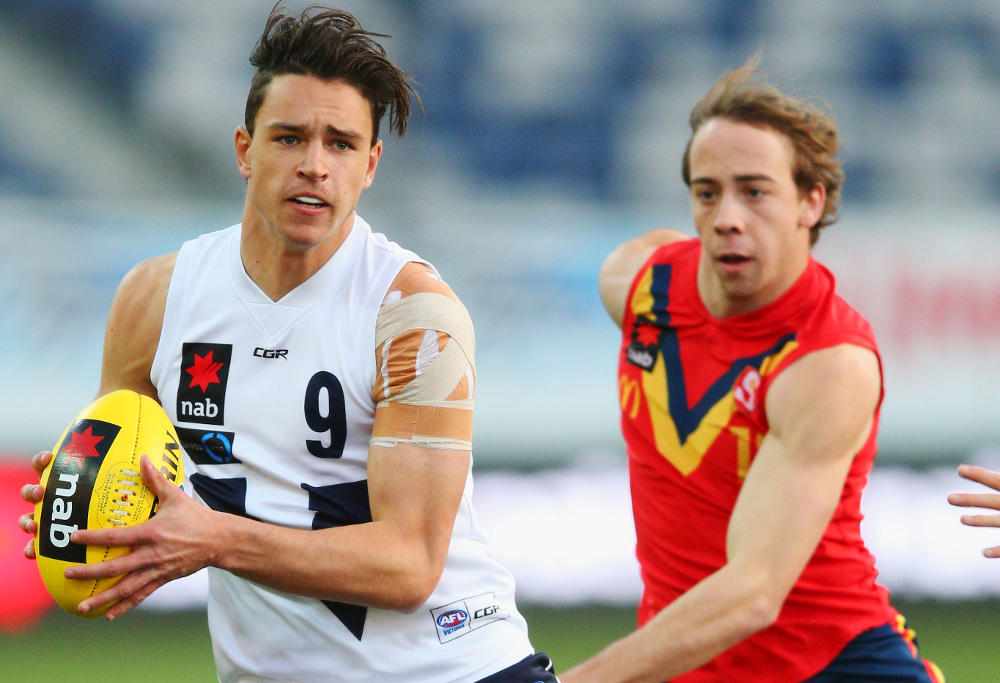 North are not going to be good, and the neutrals certainly won’t be lining up to watch them, but their attacking style of play can get some wins as it did last year, and fans need to see good signs from those coming through before a new batch of draftees arrives for 2019.

Can Sam Durdin or Daniel Nielson improve enough to lock down a spot and possibly bump Thompson out? Will Nick Larkey progress when he gets his chances, probably when Waite is injured?

If we treat the expected bottom five teams as a group (Brisbane, Carlton, Fremantle, Gold Coast and North), the Roos get the most games against the others of this five, so this is an asset.

And we have to remember, they had a much higher percentage than the others in this group last season.

Three games in the wind of Hobart gives them a distinct home ground advantage that they usually use well, and their edge in the quality of experienced players is enough to think they can finish higher than a few other teams.