Three truths about the AFLW season

I understand the AFL needs to promote the game to remote regions that wouldn’t usually see AFL, but is this the right time? The weather topped 37 degrees and only dropped as low as 35. At 37 degrees, I don’t want to take a walk outside to my mailbox. However, let’s get athletes running around in the heat – running around in a frenetic sport.

In a sport with few breaks during actual game-time itself. And where opportunities for breathers are growing progressively limited.

It just seems the height of stupidity, and surely must border on reckless and irresponsible. You’d think common-sense would prevail but, well, here we are – and not for the first time.

2. Scoring
One of the complaints about the AFLW has been the lack of scoring. I found this interesting because this is the fallback criticism when we get heavily defensive AFL games. “There’s not enough scoring!” people cry (imagine a stupid whiny voice). “We need more scoring!”

Why the hell are big scores commensurate with a game being declared ‘good’? Of course, this would seem the AFL mentality, which is why we get a bruise-free, end-to-end snorefest like the AFLX. Take out what makes the game great – the physicality, the attrition, the desire to win the ball at all costs – and turn it into a bastardised version of basketball we should rename ‘basketfootball’.

Let’s ping-pong back and forth and kick big scores, and that means it’s a good match, right? 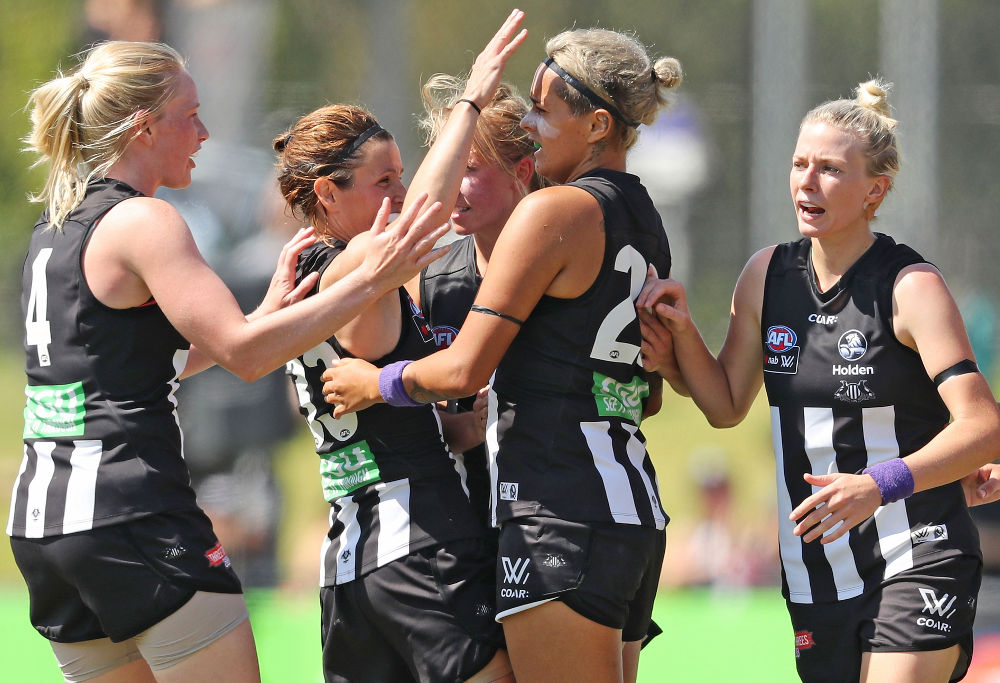 The beauty of Australian rules as a spectacle is that so many components are required to play the game – it’s not just about skill, or scoring, but the wherewithal to win the ball at all costs, about the strategy of one team trying to negate the other’s scoring potential, and about tactics which might result in packs (and thus the onus falls on the other team to work their way through it).

Sometimes that means low-scoring affairs because players are struggling to find space and freedom as opposition lock them up. Don’t turn football into basketfootball. Don’t try and mould the AFLW into this bruise-free game. Let it be the Australian Rules we’ve known and loved for decades.

I enjoy the AFLW because the competition is hard and fierce and unrelenting. Obviously, in just their second season, the talent pool is going to be thin and the skill level uneven, but how is that different to the KFC Big Bash – which just completed its seventh season?

Here’s a sport that has access to all Australia’s and the world’s talent, and the skill level is also uneven. I’m sure the VFL in its early decades – let alone years – was no different. AFL faces that same quandary presently as they spread talent across eighteen teams.

It will improve and evolve as more people – particularly following generations – are drawn to it.

But in the Collingwood-Melbourne game, I absolutely loved the umpiring. They paid pretty much everything – the few I missed, I’ll excuse as the umpires legitimately being in poor position. Otherwise, they were hot on holding the ball and incorrect disposal. They were hot on infringement in marking contests. They paid just about everything there was to be paid – including a kicking in danger! – and you know what happened?

It made the game a far greater spectacle. A free kick was paid, whatever congestion had formed shattered as players bolted to position. The game immediately opened up and, often, encouraged positional play as players had to remain where they were to be ready to present. There’s a very simple process of cause and effect at work here.

People complain about the lack of positional play in AFL. A massive contributor to this is rules are simply not honoured. How else can you explain a team will have a tackle count in the 80s, and yet only be rewarded a handful of times? Do they just tackle that poorly? Is their opposition just that brilliant at getting rid of the ball? That seems unlikely. And it’s happened repeatedly.

The truth is there’s far too much leeway given to players blatantly dropping the ball or incorrectly disposing it. Being an absolute obsessive nerd on the devaluation of this rule, I have counted in games up to twenty very clear incorrect disposals that the umpires have just ignored – and, no, in these cases they’ve often been in position, but simply done nothing.

It’s almost as if the umpires were instructed to let the game flow, rather than constantly stop-start it with free kicks. That’s what every AFL tweak does: tries to keep the ball in motion. Keep the ball in play – hence why they’re so hard now on deliberate, and trial last touch out is penalised.

Unfortunately, in this case letting it flow means the ball remains in dispute, that there’s imprecise disposal contributing to it remaining in dispute, and that’s when rolling scrums occur – not because of the pressure, but because the ball’s allowed to keep spilling loose without going anywhere purposeful.

I want hard contests, but I also want players rewarded when it’s warranted, and this single AFLW game between Collingwood-Melbourne was one of the few times in the last five years I felt that happened.

I’d like to think somebody at AFL HQ has told umpires to be tough and consistent in rewarding frees, but I can only imagine that instead it’ll probably turn out to be an aberration and in the next game I watch – possibly scheduled during the height of winter in Antarctica – everything will have returned to normal.

Conclusion
While I’ve used the AFLW as the model for my observations, they apply to Australian Rules in general. I don’t want to see the AFL playing in absurd heat (although this regularly happens). I don’t want to see AFL games criticised for not enough scoring if the games themselves are hard, bruising contests that’s constricting free scoring.

And I want to see frees paid in AFL when they’re there, rather than play allowed to go on because some idiot has decided the ball needs to be in perpetual motion.

These should be universal truths.

Or maybe the heat has made me giddy.