Close case set to present a legal headache for the AFL

His anterior cruciate ligament (ACL) injury resulted from him sliding toward an uneven patch of synthetic turf close to the interchange gates at Etihad Stadium; it kept him out of action for a year.

Brisbane first raised concerns about the role the stadium’s turf played in the injury in the days following the match. The club had also considered their own legal action.

As the AFL and Etihad Stadium never budged on Brisbane’s demands for compensation, Close has now launched his own legal action. A writ filed in the Victorian Supreme Court last week states;

During the second-round match, in the course of his employment, Michael Close when attempting to mark the football, fell on unstable and irregular playing surface of the arena at Etihad Stadium and twisted or overextended his left knee.

The writ also says the stadium failed to provide a safe working environment – and, following the incident:

… the AFL caused the artificial and irregular surface to be removed from Etihad Stadium.

Close claims that, had the injury not occurred, he would have earned close to A$400,000 in 2017, and would have received other match payments and contract incentives.

Following the injury, Close played only 13 more games for Brisbane and was delisted at the end of the 2017 season. He was not signed by any other AFL club.

Could the claim succeed?

While it may rely somewhat on contract law or employment law, Close’s claim is likely to be largely based in the tort law action of negligence. This means the central question for the court to consider is whether any of the three parties failed in their duty of care to provide a safe working and playing environment.

A key issue will be whether the artificial surface that surrounded the natural turf contained inside the boundary line was unusually dangerous or carried an unreasonable risk of injury.

As the AFL will no doubt argue in its defence, a report in April 2015 found there was “no difference within the playing characteristics of either the playing surface or synthetic surface within the interchange areas” at Etihad Stadium. The AFL-approved artificial turf in question, which passed safety inspections, was newly installed ahead of the 2015 season.

However, other key factors could support Close’s claim.

Also, a 2014 study concluded that American footballers faced a higher risk of ACL rupture on synthetic than on natural grass playing surfaces.

A key consideration the court will likely have to face, then, is the need for – and value of – artificial surfaces being used outside of boundary lines. 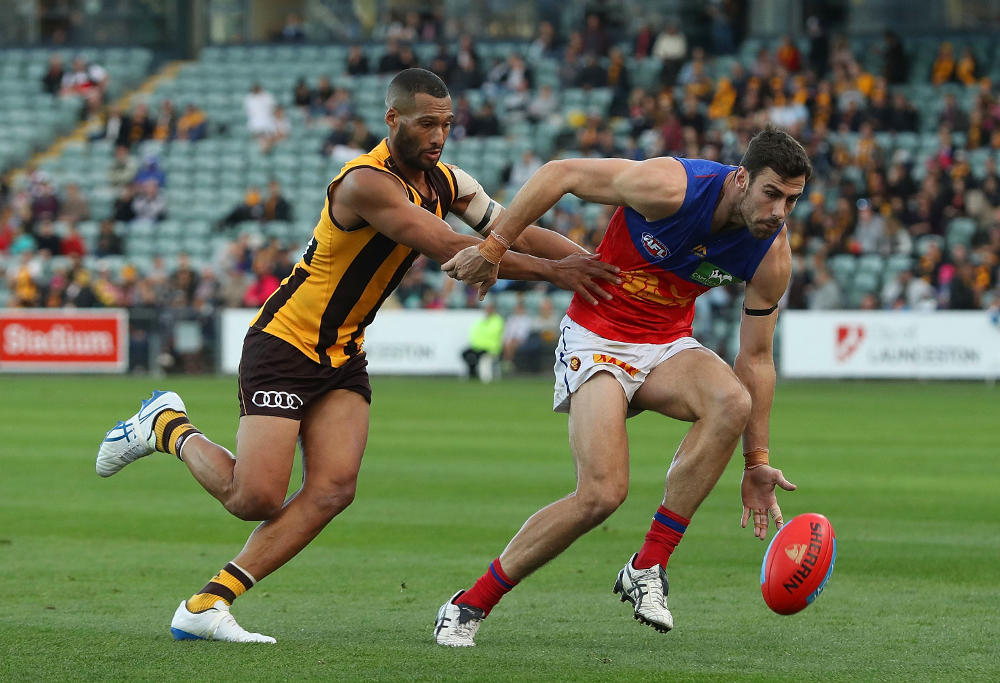 Who could be liable?

Close’s action is against the Brisbane Lions as his employer at the time of the incident, the AFL as organisers of the competition, and Etihad Stadium as the owners and operators of the venue where the injury occurred.

It is extremely difficult to predict which of the three could be liable. In 2015, Etihad Stadium said such incidents are matters for the AFL, as it approves the playing surface. However, the court may find that a stadium’s surface instead falls squarely within the responsibilities of stadium operators.

Adding to the intrigue is that the AFL purchased Etihad Stadium in November 2016, and has since extended the natural turf to minimise the use of astroturf.

The inclusion of Brisbane in the claim is curious, considering the club has previously sought compensation for the injury on Close’s behalf. Close claims that Brisbane did not have regard “to the gravity and risk of injury” presented by the surface.

What does it mean for the AFL and Etihad Stadium?

This case is especially significant because the incident occurred at Etihad Stadium.

The stadium has been regularly criticised for its surface since it began hosting games in 2000. Were this case to be successful, other players may feel empowered to bring similar actions against Etihad Stadium and the AFL. Only a handful of similar court cases have previously been won by AFL players, most from injuries suffered in the 1990s.

Potential claimants could include Collingwood player Darcy Moore, who believed the artificial turf surrounding the boundary was a contributing factor in his dangerous collision with the boundary fence at Etihad Stadium in August 2016, and Geelong’s Daniel Menzel, who blamed the ground’s artificial surface for an ankle ligament tear he suffered in June 2016.

There is a second reason that the location of Close’s injury is important.

In New South Wales, Queensland, Tasmania and Western Australia, people are barred from recovering damages for negligence where they are engaging in a “dangerous recreational activity”, which a recent NSW case held to include professional sport. This would effectively operate as a complete bar to most professional sportspeople suing for negligence when they suffer injuries while playing.

But in Victoria, where most AFL football matches are played, there is no such exception. Close can proceed with his claim under ordinary negligence principles because his injury occurred in the state.

The case before the Victorian Supreme Court is very difficult to predict. But if Close wins his suit, the AFL could have a whole new ball game on its hands.

This article was originally published on The Conversation. Read the original article 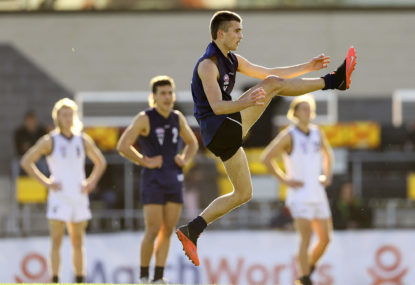