Get your money on Mitch Starc for man of the series

We may be only a quarter of the way through this series but Mitchell Starc is already shaping as the gamebreaker.

His 9-109 and rapid-fire 35 in Australia’s first innings earned him the man-of-the-match award.

With conditions conducive to reverse swing he proved insurmountable to the Proteas’ tail.

It is one thing to be able to produce old ball swing but it is quite another to unleash it in the mid-140km/h range.

In South Africa’s first innings he claimed three of the last five wickets as they slid from 5-150 to all out 162.

It was a case of déjà vu in the second innings when Starc removed Vernon Philander, Keshav Maharaj and Kagiso Rabada in the space of five deliveries on his way to a triple wicket maiden over.

Across both innings, South Africa’s lost its last five wickets for a meagre 27 runs in total.

Contrast that with Australia, which put on 114 for its last five wickets in the first innings and 52 in its second.

It is an area where the tourists are likely to hold an advantage through the remainder of the series.

Starc has become the best exponent currently in the game of old ball swing given the pace at which he delivers it. 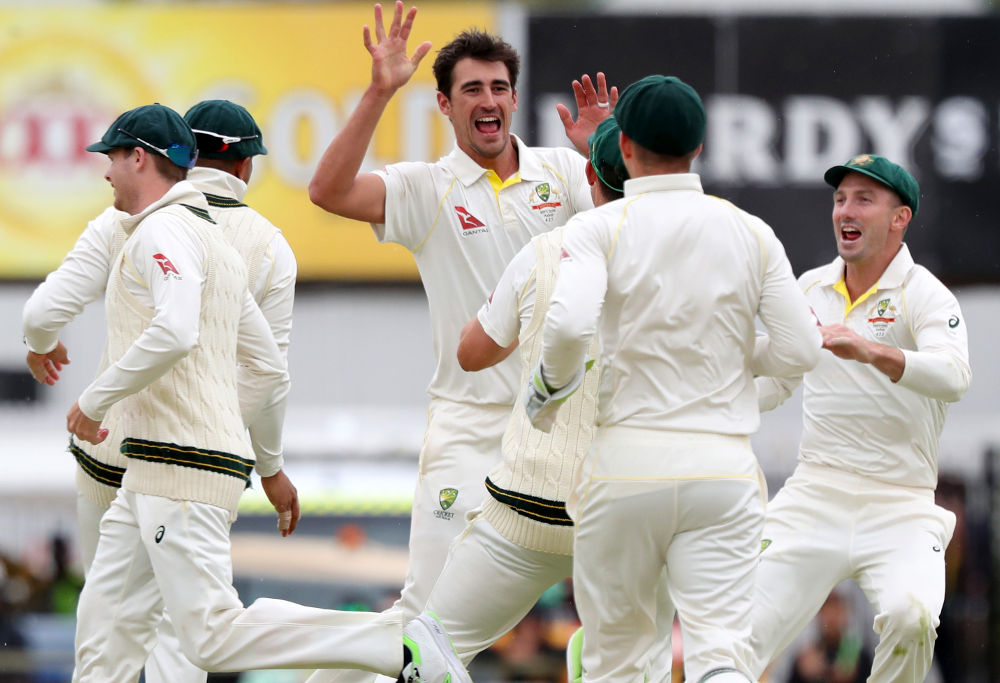 He will be aided by the fact that the next two venues – Port Elizabeth and Cape Town – are likely to be slow and abrasive surfaces.

His ability to run through the tail provides a luxury for his skipper.

But, Starc is far more than a mere destroyer of the lower order.

To date, 63 per cent of his wickets have been batsmen in the top-six, many also brought undone with an older ball.

Steve Smith largely uses Starc in a formulaic fashion – a short opening salvo and then used intermittently thereafter until the ball starts reversing.

When it does, Starc really comes into his own when bowling around the wicket to the right-handers.

With his back foot almost touching the return crease and his hand almost releasing the ball from the same position, he has the ability to spear the ball in full at the stumps and have it jag away late in the air and off the seam.

In many ways, his natural wrist position at the release point with a slightly lower bowling arm is more conducive than it is with a higher arm action with the new ball.

There was a period through the early to mid-part of his career where he struggled with accuracy.

He was still claiming wickets but did so while leaking runs.

One of the biggest changes to his game has been his ability to harness accuracy without necessarily diminishing his speed.

Unlike a lot of express bowlers, he does not need a traditional green top to do his best work.

That was certainly evident in Sri Lanka in mid-2016 where he used the old ball to great effect, claiming 24 wickets across three Tests at just 15.2.

Allied to Pat Cummins and Josh Hazlewood, he forms one of the best all-surface pace attacks in the contemporary game. 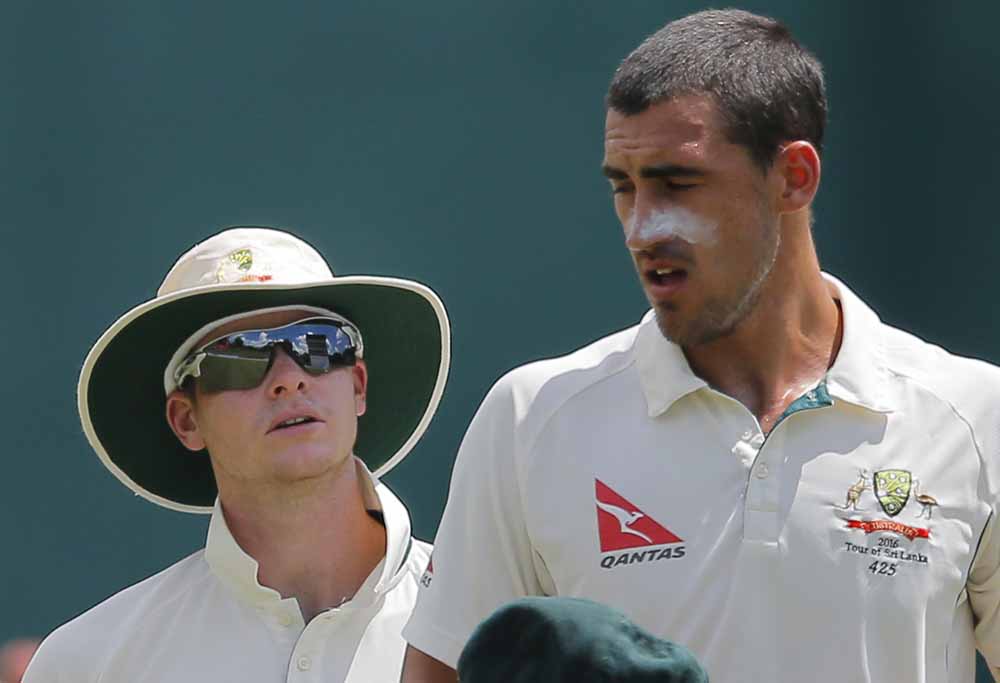 But, it is not just his bowling that makes Starc a handful.

He has also swung the tide of matches with his lusty lower order batting.

He strode to the crease in Australia’s first innings at Durban when Cummins was dismissed for three off 38 balls.

At the time, both he and Mitch Marsh were struggling to tick the board over as a result of some disciplined bowling.

Starc immediately changed that, racing to 35 at a strike rate of 140 with four fours and two sixes.

While he has recently surrendered the number eight spot to Cummins, he remains a valuable strike force late in the innings.

A little like Mitchell Johnson before him, with a little more tempered approach at times, he could push to be classified as an all-rounder, having scored nine fifties in his 41-match career – the best being a 99 in India – at an average of 23.1.

However, he is seldom going to be a steady as she goes, build an innings type batsman, as his career strike rate of 69.7 attests.

It is with the ball that he is most valued and presently he is at the peak of his powers.
And that is likely to cause continued pain for South Africa’s batsmen through the remainder of this series.