The unpredictable race for the AFLW grand final

It may only be a sample size of two, but this is the most even AFLW season yet.

Had Collingwood been able to run over the Bulldogs on Sunday, and they were only a couple of goals short, just one game would have separated first from last.

As it is, the Magpies are the only team that can’t make the grand final. And the Bulldogs find themselves in pole position, a game ahead of their nearest rivals and with an imposing percentage.

But the Bulldogs aren’t in the grand final yet.

This year has been quite a resurgence for the Bulldogs. In the final round last year, they travelled to Canberra to avoid the wooden spoon and successfully managed to do that. This year they travel to Canberra to wrap up a grand final spot.

But it won’t be easy against a GWS Giants team that has hit some good form in recent weeks and with the Giants holding the home-ground advantage.

And then in the last round, they take on Melbourne at Whitten Oval, which that won’t be easy either.

If they win either of those games, they will make the grand final and with their superior percentage will likely host it. But if they lose both, they’re likely to miss out on the grand final.

The Brisbane Lions sit in second place, one game behind the Bulldogs. The Lions finished minor premiers last year but had to host the grand final on the Gold Coast and were beaten.

This year the Gabba is available. But they have to finish top. Which won’t be easy.

On Saturday they take on the bottom-placed Collingwood at home, which is a likely win. But then they have to take on GWS Giants away in Blacktown in the final round.

If they win both those games, they should make the grand final. But they won’t get to have it at the Gabba unless the Bulldogs drop both their last two games, or drop one by enough for the Lions’ percentage to overtake the Bulldogs.

Melbourne are third, level on games with the Lions but their percentage is inferior.

The Demons have a match against Carlton at Princes Park on Sunday and need a big win to make up some of the percentage gap. Then they have the ladder-leading Bulldogs in the final round.

Although both games are away games for the Demons, there’s no interstate travel for them, unlike for the Bulldogs and Lions who both have to travel to play GWS Giants in the last two rounds.

If the Demons and Lions both win their last two, and the Bulldogs beat GWS, all three teams would end up level on points, and the two with the best percentage would go through to the grand final.

It would be a cruel blow for the Demons to miss out on the grand final on percentage two years in a row. But it’s certainly a possibility.

GWS Giants are a much-improved side this year and sit in fourth spot, half a game behind Brisbane and Melbourne and with a similar percentage to the Demons. After dropping their first two games, the Giants have hit some good form to get into the hunt for the grand final spot. 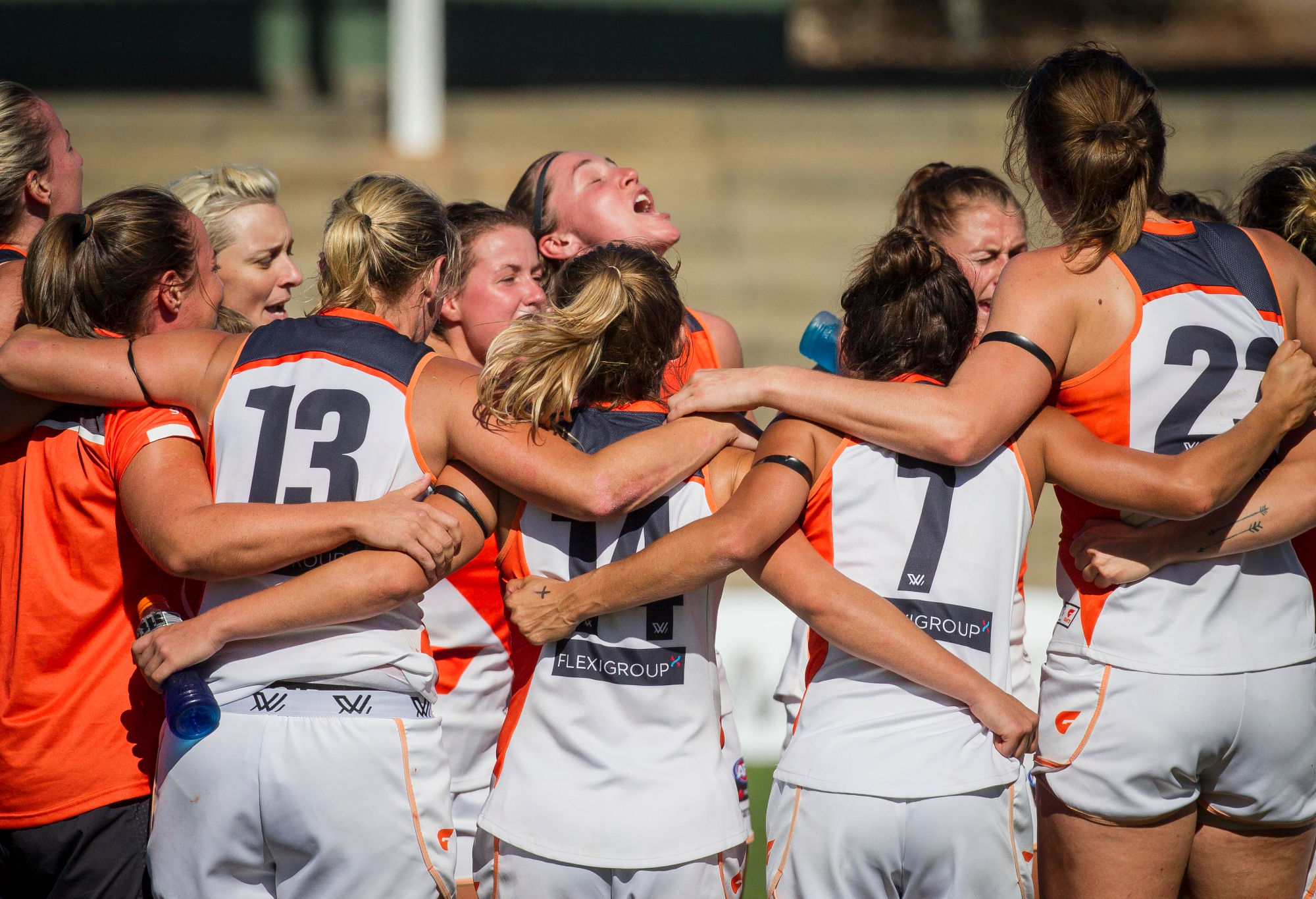 The Giants have tough games to come, playing the top two in the last two rounds. They have the ladder-leading Bulldogs this Saturday, and then Brisbane in the final round. But in the Giants’ favour is that they have the home ground advantage for both games.

For the Giants, they must win both their last two games. Lose either, and there’s no way they can qualify for the grand final.

Which means the Giants would leap-frog the loser of that game into the top two.

The Giants’ fate is in their own hands. If they win their last two, they’re in. If they don’t, they’re not. They’re not depending on other results. But they’re both tough games.

The Giants can’t get a grand final at Blacktown unless they win their last two, and Melbourne loses to Carlton this week and beats the Bulldogs in the final round.

And there’s another complicating factor for the Giants. The defending champions.

Adelaide are level on games with the Giants, but the Giants have a better percentage. Not by much, and the Crows have easier games in the last two rounds.

After dropping their first two games, the Crows have fought back strongly to keep their hopes of defending their premiership alive. But it’s a lot of ground to make up in not much time.

They have Fremantle in Darwin on Friday night, and then Collingwood away in the final round. Big wins in those games would mean that, even if the Giants win their last two, the Crows could overtake the Giants on percentage.

Running down GWS on percentage is one thing, but to make the grand final the Crows are depending on other results that they have no control over.

The best hope for the Crows would be for GWS to beat Brisbane and the Bulldogs to beat GWS and Melbourne. But the Crows also need wins in both of their games or none of the other results matter.

Fremantle and Carlton can still mathematically qualify but need to win both their last two and are depending on other results. Both have tough games against higher-ranked teams this week before they play each other in the last round.

AFLW has copped some criticism for being low scoring. But the low scores have kept the games close, and a couple of quick goals can transform a game. And they will keep these upcoming games, and the chase for a grand final berth, in the balance until the final moments.

And with such a short season, it’s a shock that it’s already nearly finished. But that will change in the next couple of years.

The AFLW is expanding to ten teams next year and 14 the year after. More games will mean more rounds, nearly doubling to 13 games by 2020. And by the time we’ve reached 14 teams, surely there’ll be a need for a finals series rather than only two teams going through and 12 missing out.

That would mean some overlap with the men’s AFL season. It will be interesting to see how the AFL manages that.

But that’s for the future. Right now, there’s a chase for grand final positions in this year’s competition that is going down to the wire.