Warren Gatland felt it was “job done” as Wales overpowered Italy to ensure the battle for second spot in the Six Nations is in their control on the final weekend.

Wales produced a mixed performance in scoring five tries to beat Italy 38-14 and register a bonus-point win at the Principality Stadium in Cardiff.

The victory moved Wales into second with a one-point advantage over England and France – and another bonus-point success against Les Bleus in Cardiff on Saturday will see them confirmed as runners-up to champions Ireland.

“It was a job done, it’s what we wanted,” Gatland said after Wales beat Italy for the 12th consecutive time with George North (two), Hadleigh Parkes, Cory Hill and Justin Tipuric scoring tries.

“We’ve got a six-day turnaround and we’ve given players an opportunity.

“To make 10 changes, score the points we did, and win comfortably was the pleasing aspect.

“At times we looked absolutely outstanding and great, and at other times we lacked cohesion.

“But that’s probably to be expected when guys have not played together.”

Wales bounced back from successive defeats to England and Ireland, despite suffering two yellow cards and being reduced to 13 men early in the second half.

Liam Williams saw yellow for a dangerous tackle on his opposite number Matteo Minozzi at the end of the first half and did not return to the field, Gatland sending on Leigh Halfpenny when the sin-bin period was up.

Halfback Gareth Davies was also sent to the bin for a deliberate knock-on to briefly leave Wales two men short.

Gatland admitted Wales must now wait to see if there will be any action against Williams ahead of the France game.

“I thought the yellow card was fair – we had no problems with it,” Gatland said.

“Whether he gets cited as a result of that … but I was disappointed in that if he needed to make the tackle did he need to go that high?

“The thing with Liam is that he’s an emotional player, it brings the best out of him.

“But we couldn’t afford with that time on the clock for something else to happen.

“If he had put his hand out like Gareth did, you are potentially looking at a red card. So it was sending a subtle message really.”

Defeat condemned Italy to collecting the wooden spoon for the 13th time in 19 seasons since joining the Six Nations in 2000. 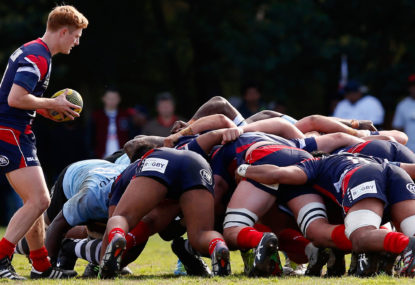