The problem with tanking in the NBA

As the NBA regular season winds down, it’s time to assess how some teams paradoxically get worse to get better and why being a middle-of-the-road team in the NBA is the worst place to be.

For the cellar dwellers the race to the bottom is just as hot as the race to the finals. The prize probably more compelling for the tanking teams: an opportunity to draft a franchise-changing young superstar.

Although all teams covet high draft picks, the reality is the value extracted from them is entirely dependent on the front office staff of each franchise in evaluating talent and selecting the transformational superstar. While the probability of finding that player is low, it doesn’t stop teams swinging for the fences and loading up on draft picks to varying degrees of success.

Tanking is an art form, and there are myriad excuses rolled out by coaches, from acquiescing to the front office demands to did not play for rest, rotation players and starters tied to the end of benches in order to roll out inefficient line-ups under the guise of evaluating young players.

Perhaps the most egregious of these loss-promoting tactics for fans is when teams shut down their elite players for the remainder of the regular season under the veil of injury. Quite often these players, who hinder the tanking effort, are able and willing to play, yet under pressure from the franchise’s front office they agree to remain on the bench in street clothes.

This robs fans of the chance to see their favourite players in action and removes some amount of spectacle from each game when lesser players are playing the bulk of the minutes.

Try to watch a late-season Sacramento Kings versus Chicago Bulls game at the moment. The standard of NBA basketball in these tankageddon games is deplorable.

tanking in the NBA is out of hand pic.twitter.com/024eWF3Zbd

The worst place to be as an NBA franchise is in the middle of the pack. Making the eighth seed in the playoffs should not be cause for celebration unless your team has a superstar who is injured – read the Spurs and Timberwolves – or your team is heading in the right direction, as in the case of the 76ers.

Middle of the road is bad. On only five occasions has the eighth seed progressed past the first round of the NBA playoffs, and your likely draft pick is outside of the lottery, which is proverbial draft purgatory where general managers are resigned to drafting for fit, high upside characteristics or on potential as opposed to a can’t-miss prospect.

With the race to the bottom squarely in the NBA’s sights, it’s a good time to dissect the league’s three premier tank commanders: that is, players entrusted with being so deplorably bad that they could drive their team’s performance off a cliff and into the dark abyss of the 2018 tank race.

The Chicago Bulls have selected co-captains as their tank commanders: Cameron Payne and Cristiano Felicio. While Felicio is having the greatest impact on the Bulls efforts, I felt obliged to include Payne considering the Bulls gave up Doug McDermott and Taj Gibson to acquire him.

Payne is a below league average point guard with a dismal career true shooting percentage of 46.3 per cent. Payne could be fine as a backup or even third ball-handling option with a career 38 per cent three-point shooting clip – granted on a small sample size – and he could at least space the floor in Chicago’s offensive scheme. The problem is that under pressure Payne often makes poor decisions when distributing the basketball and can look flustered at times.

But the real cream on top of this tanking tiramisu is Felicio. In 123 minutes as a starter he has a net rating of -38.7. This is undoubtedly buoyed by Chicago’s abysmal line-ups during Felicio’s time as a starter. What makes his efforts even more outstanding is his newly minted four-year, $32 million contract. That’s enough to keep you awake at night.

Is a projected number three pick worth eating $32 million?

The Memphis Grizzlies select their entire roster. The Grizzlies have a mish-mash of second-round rookies and young guys, two-way G-League call-ups and injured expensive players like Mike Conley and Chandler Parsons.

The Memphis tanking effort is led by a group of young guys trying very hard to prove their worth with little distinction. It’s not entirely their fault – young unproven guys need time and support of the regular core to integrate and learn NBA basketball. The Grizzlies are projected to secure a 25 per cent chance in the draft lottery for the number one pick.

The New York Knicks select Emmanuel Mudiay as their tank commander. After acquiring the 2015 lottery draft pick, the Knicks quickly inserted Mudiay into the line-up with instant success. In his past three games Mudiay has shot a combined 3-25 from the field. A bona fide dumpster fire tank effort, Mudiay is leading the charge for the Knicks, who have lost 13 of their last 14 games.

The Knicks were right to take a flyer on Mudiay, a former number seven overall pick who never lived up to potential in Denver. Other than paying him $4 million per season and giving up McDermott, there is a large upside to Mudiay. He’s a six-foot-five-inch ball handler who has the athletic tools to be a good rotation guy and he’s only 22 years old.

The real challenge to the Knicks lottery hopes were the early season wins in a Porzingis-led offence, and they’re racing against a double threat of fellow tank-a-thon teams with the end of the regular season fast approaching. 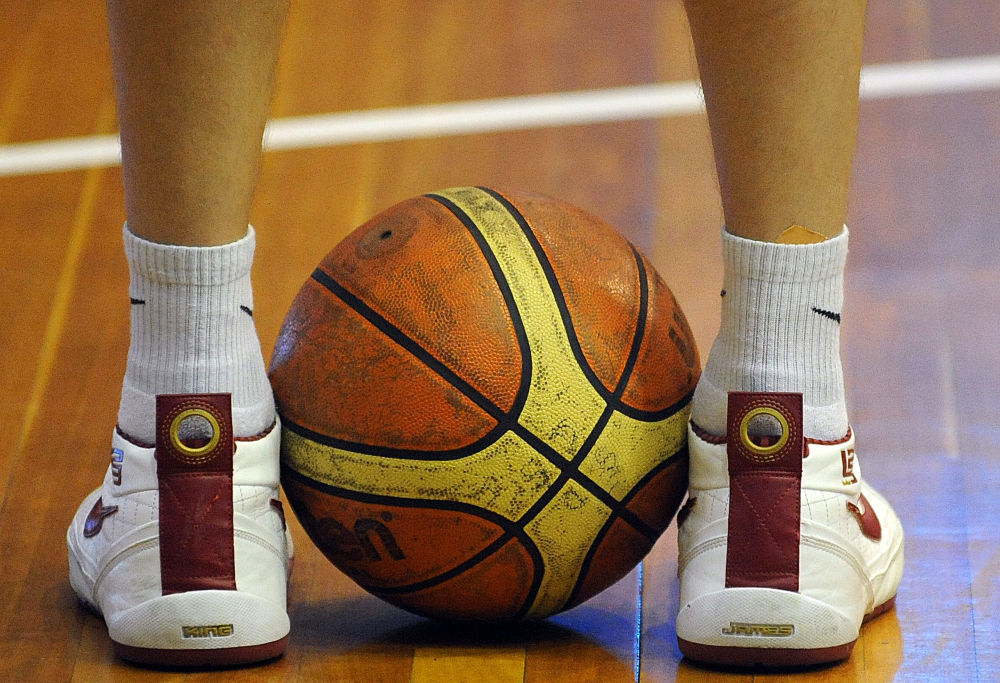 The NBA knows it has a tanking problem, and Commissioner Adam Silver has warned teams against the practice, which just forces teams underground in their tanking efforts, skirting the shadowy edge of losing and avoiding wins at all costs. The fines are harsh, with Dallas owner Mark Cuban fined $600,000 for proclaiming tanking is in the Mavericks’ best interests.

The NBA’s lottery reform takes effect next season, and it’s hoped these measures will somewhat reduce the league’s tanking teams’ eagerness to put terrible line-ups on the floor.

The league has a real problem on their hands, but that won’t stop the tank commanders manning their battle stations.