Graham Arnold isn't Ange Postecoglou, but they're not polar opposites

Graham Arnold’s appointment as the long-term Socceroos coach following the World Cup has been met with a surprising backlash.

There is general disappointment that Arnold represents a move away from the ‘never take a backwards step’ culture of Ange Postecoglou.

Postecoglou’s era was about changing the mentality of Australian football. He wanted the side to take the game to their opponents – no matter who they were – and always encouraged positive, attack-minded football, an attitude he felt was more reflective of the typical Australian culture, as opposed to previous, underdog approaches.

By contrast, Arnold is a safety-first, cautious coach. This, however, is a simplistic analysis.

To understand how the Socceroos have and will be shaped by the predecessor and the successor, it is important to acknowledge the differences, and appreciate the similarities, between Postecoglou and Arnold.

Both coaches have similar long-term goals, but different mentalities in how to reach that goal.

One of Postecoglou’s great strengths is his ability to sell a vision. He paints a clear picture of where he wants his team to go, and importantly, how they will get there.

In his first press conference as Socceroos coach, he said he wanted to win the World Cup, and in the process of doing so, to restore pride and belief to the national team, and ensure they represent the core values of the country. Throughout his tenure, his decision-making process was based upon ‘never taking a backwards step’. This meant pursuing world-class infrastructure, playing a modern brand of football, and implementing best practice match and squad preparation.

The goal was to win, but it was the way in which they won that mattered to Postecoglou. That vision, and emphasis on process, is significant. 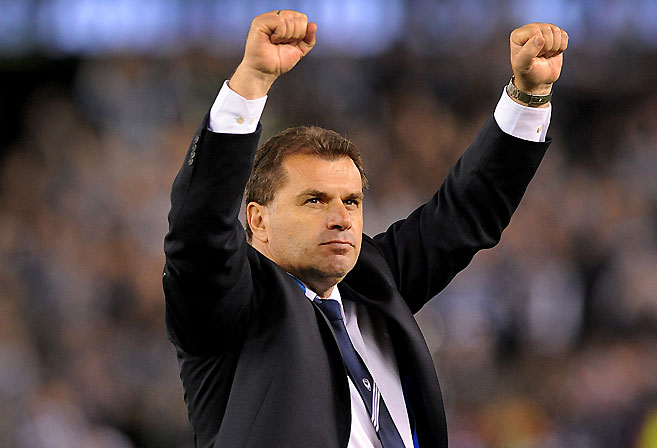 In an interesting parallel, Arnold outlined similarly lofty goals in his own initial press conference as Socceroos boss.

“I dream of winning the Asian Cup and the World Cup. That’s what I’m going for. That’s what we’re here for,” the Sydney FC coach said.

“We’re not going there to make up numbers and I know there’s a high expectation level in Australia and it should be because we have a winning mentality.

“And that needs to continue.”

That it needs to ‘continue’ is a curious choice of wording, because it shows that Arnold considered Postecoglou’s Socceroos possessed this quality. It also shows that it is something Arnold himself values.

This is much is evident in the way his current Sydney FC side (as well as his Championship-winning Central Coast Mariners) are driven by a desire for continued excellence. It is a ruthless, resilient mentality, and one shared by Arnold and Postecoglou.

Where they are different (and only subtly) is in how they approach this outcome.

Postecoglou is driven by winning, in his eyes, “the perfect game”. He wants to win with a specific style of football, and by the dream of dominating the opponent through this style.

Arnold, by comparison, is more pragmatic, less driven by the style of play. That is not to say he doesn’t have specific tactics and strategy (he certainly does – Sydney FC, for example, have a strikingly discernible playing style) but they are not wedded to the idea of executing that style perfectly in order to win.

Winning, in itself, is enough. The style of play is a byproduct. For Postecoglou, it is the product. 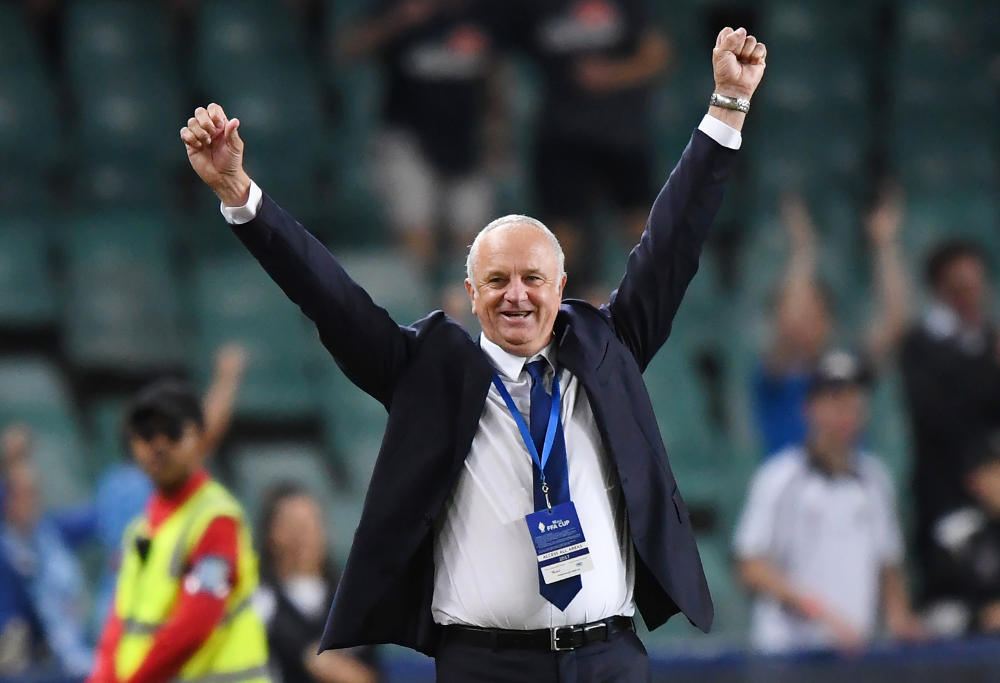 Yet in terms of some aforementioned aspects of a high-performance environment, Arnold and Postecoglou are again strikingly similar.

When Postecoglou got the national team role, he brought Peter Cklamovski on board to introduce video and athlete monitoring systems that were otherwise non-existent. Arnold did the same at Sydney, appointing Doug Kors to implement one of the most comprehensive analysis departments in the A-League, working alongside the A-League’s foremost sport scientist and strength and conditioning coach, Andrew Clark.

Postecoglou and Arnold both appreciate the value of quality backroom staff and systems.

The greatest and perhaps most obvious difference between the two coaches is in their style of play.

Whereas Postecoglou’s approach was about quick, incisive attacking play, aggressive positioning high up the pitch and high pressing, Arnold is more structured – the side builds up slowly, ensures they are protected against counter-attacks and focus on getting talented attackers on the ball where they can be effective.

Assuming Arnold continues with his usual template, in his first game in charge, the Socceroos will be structured and organised defensively – straight lines and rigid collective movement. Postecoglou’s first game was about going forward, fluidity and diagonal running.

While there can be debate and discussion about whether Arnold’s tactics are truly suited to an international level, it is difficult to see logic in some arguments that have suggested he is the antithesis of the previous regime.

Graham Arnold may not be Ange Postecoglou, but he is still Australian.