Friday on my mind - scheduling the AFLW Grand Final

As the second season of AFLW nears its conclusion, we can see they’ve done a lot right with this competition.

But we haven’t got the organisation of the grand final right yet.

The football this season has been much more evenly contested. In six rounds, every team has had two wins and two losses. I’ve never seen a ladder like it.

Only the top two go through to the grand final, and three of the games in the final round will have a likely bearing on that.

If the Giants win on Friday night, they go through to the grand final unless the Crows win by about 25 points more on Sunday. And the winner of the Bulldogs v Melbourne game on Saturday will decide who hosts the grand final.

The AFLW grand final is on the same weekend as the AFL season starts; and venues for the AFL are already locked in.

The time has also been determined. Saturday 1pm. No AFL games have been scheduled in the early afternoon timeslot specifically for this reason.

We can probably be thankful that Fremantle didn’t qualify to host the AFLW grand final. It would have been a 10am start over there.

We know it can’t be Docklands. They have an AFL game locked in for 3:30pm.

Playing the AFLW game as a curtain-raiser wouldn’t be viable. Everyone who wanted to attend the AFLW grand final would have to buy a ticket for the St Kilda v Brisbane game.

St Kilda members would be sitting in the best seats, or more likely the best seats would be empty while the AFLW fans would be up in the nosebleeds, invisible to the players and the TV coverage. St Kilda sponsors would have the ground signage, and the Saints aren’t even in AFLW.

If Adelaide had qualified to host the AFLW grand final, the same issues would have arisen at Adelaide Oval. Port v Fremantle starts at 4pm.

The Hawthorn v Collingwood game isn’t until 7:25pm. In theory they could let the AFLW fans in for the early afternoon, then empty the ground before the MCG’s AFL game in the evening. 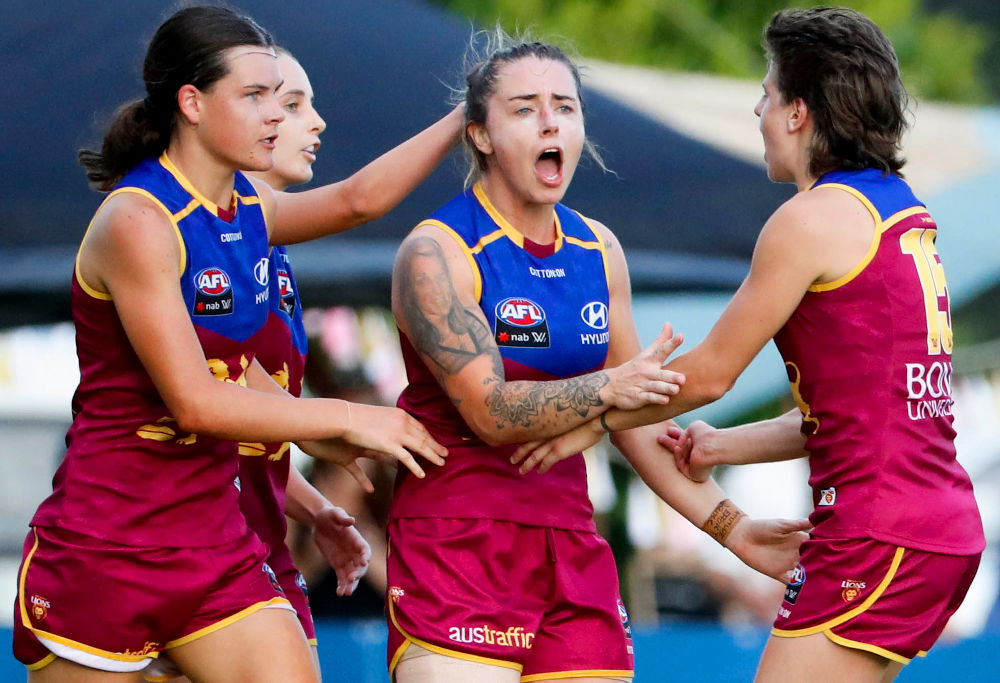 They did that last year at Carrara, playing the AFLW game at 12 noon then emptying the ground before closing and re-opening the gates for the Q-Clash.

You’ll recall it was played at Carrara because the Gabba was in poor condition after a concert. And even if they had played there, it would have been a tight schedule for Lions fans to get from the Gabba to Carrara.

Even then, with a short turnaround time between games, the ground signage was Suns sponsors rather than the AFLW or the competing teams. It wasn’t ideal.

It appears the AFLW is looking at Princes Park as the grand final venue. AFLW head Nicole Livingstone, looking to make a virtue out of necessity, talks about atmosphere being the consideration.

Last year, Brisbane v Adelaide on the Gold Coast attracted a crowd of 15,610. More than the Q-Clash that night. Even though one team was over an hour away from home on the train and playing against a team from interstate; in a non-heartland state.

The following for AFLW is bigger in Victoria than in Queensland. Interest will be higher. You’d expect a bigger crowd this time. Probably a lockout.

Which makes it a risky proposition for fans from interstate. It would be an expensive exercise to book flights to Melbourne but be locked out of the ground.

As one supporter from interstate, although AFLW games are free, I would happily pay something to book a ticket that guarantees entry. But that option doesn’t exist; it’s a matter of getting from the airport to Princes Park and hoping there’s not already more than 24,000 people queuing up outside the ground.

That’s if the Giants make it. I can’t book the flights until Sunday night…

But what can be done to guarantee a suitable venue will be available when the AFLW season overlaps with the men’s AFL season?
And it will overlap more in future. With two more teams coming in next year, and four more the year after; the two seasons will overlap as we move from seven to nine and then 13 rounds.

There may potentially be some form of finals series. Surely we won’t just pick out the top two when there’s 14 teams. So the AFLW grand final won’t be up against the opening round of the men’s AFL season, but several rounds in.

I wouldn’t oppose the idea of holding the AFL mens’ season back a few weeks, running it deep into October, and reducing the overlap; but that would present issues of its own that would be fodder for a whole new article. Even that would only reduce the overlap, not eliminate it.

How the broadcasters will manage nine AFL games and seven AFLW games on a single weekend will be interesting. Fox Sports may need an extra channel or a red button on those weekends during the overlap.

For regular season games and even semi-finals, it won’t be an issue. The suburban grounds will be more than adequate.
But the grand final is a different story. Interest will be higher.

I doubt many fans travel interstate for AFLW during the regular season. But for a grand final they will. The chance to see their club win some silverware.

But when the men’s AFL season is already locked in, and with several games scheduled for a Saturday; how to guarantee that a suitable ground will be available for the AFLW grand final? 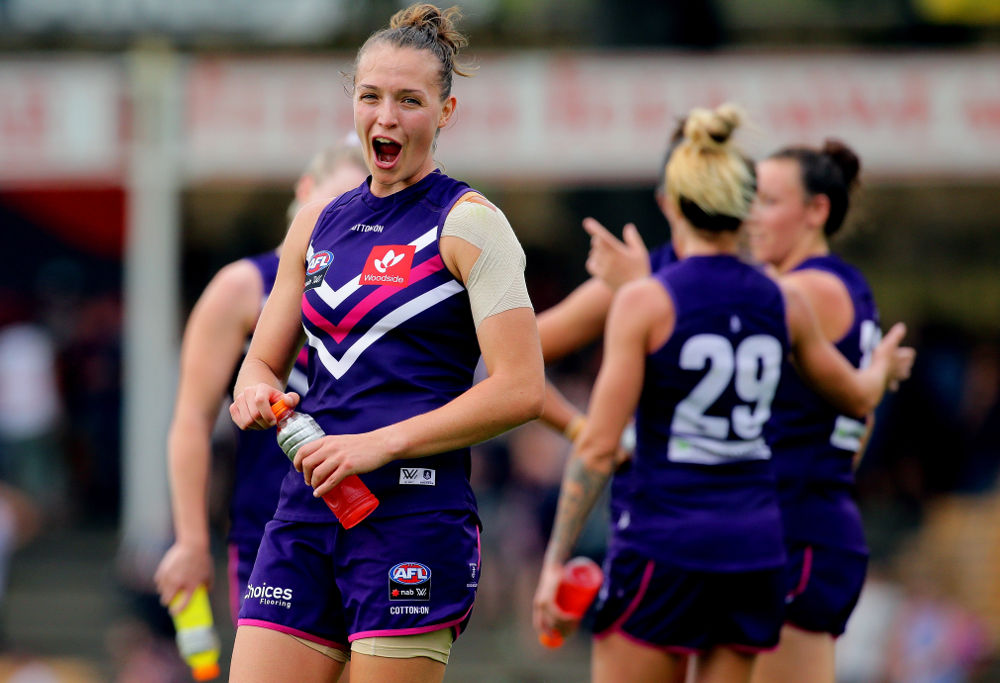 There’s a solution. For the AFLW’s biggest event, give the girls the Friday night spotlight.

On AFLW grand final weekend for future seasons, the AFL men’s draw can be made with no game scheduled for the Friday night. Pack the Saturday and Sunday schedules.

The AFL venues can all be made available, and there’ll be no clashes with AFL games. Spotless Stadium could be problematic because of the Royal Easter Show; I’m not sure how we’d get around that one if the Giants qualified for a home grand final.

Maybe ANZ if the rectangular rebuild doesn’t happen, or Manuka.

But the venues would be available. With no clashes with mens’ games, supporters would be able to watch.

The prime-time schedule would give the women the spotlight and the focus of attention that the pinnacle of the womens’ game deserves. A timeslot that would ensure national TV coverage on both Fox and free-to-air.

The profile of womens’ footy has grown substantially in the last couple of years. And giving the women the prime spotlight of an exclusive Friday night during the regular season is taking this lifting of the profile to the next level.

This age group of 24 to 26-year-olds was a tough one as there were so many midfielders in particular to choose from. Marcus Bontempelli was an easy choice as captain of this team, as was the vice-captain Lachie Neale. The team would be a difficult team to beat if there was an exhibition game played, […]