Looking back on United’s shocking exit from the Champions League

Manchester United were knocked out of the Champions League round of 16 this week after suffering a miserable 2-1 defeat by Spanish outfit Sevilla at the Theatre of Dreams.

Fact is, Jose Mourinho’s men were simply poor over the two legs. If it had not been for David De Gea’s brilliance in Seville three weeks ago, United would have been heading into Old Trafford under more intense pressure.

Ultimately, the Spanish keeper’s showing did not present any kind of advantage as Vincenzo Montella’s positive approach over the 180 minutes deservedly got them over the line against a passive and lethargic Mourinho side.

Many United fans had gone into the encounter with very confident feelings, considering the results the team has acquired over the last two weeks. With come-from-behind victories against Chelsea and Crystal Palace back-to-back, before recently defeating historical rivals Liverpool 2-1 last week, there was no reason to think United could not go out and get the job done.

After Mourinho displayed a tactical master class against Jurgen Klopp’s Reds, many were confident that the manager would adopt an approach that would see United take the game to Sevilla. 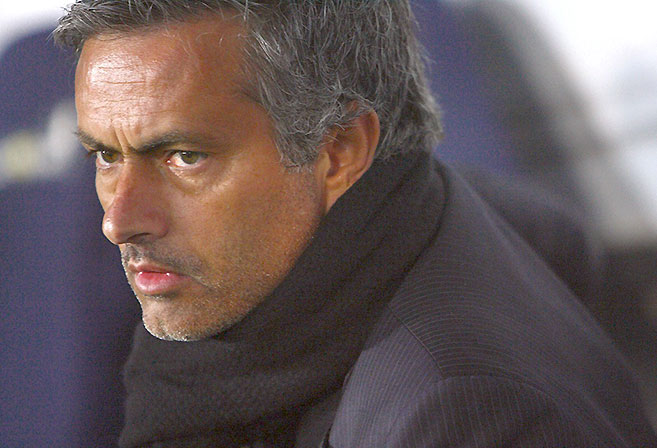 However, in their biggest game of the season, the team simply collapsed under pressure and produced one of their worst performances in recent memory.

Concerns stemmed from the team sheet when Mourinho elected to start Belgain international Marouane Fellaini in midfield for his first start in four months.

Mourinho left the likes of Paul Pogba and impressive young gun Scott McTominay to sit on the bench and that decision ultimately came back to bite the two-time Champions League winning manager.

The former Real Madrid manager also had Anthony Martial back fit and ready to go on the substitutes bench, as well as Juan Mata, who has won the competition before in 2012 and has massive European experience.

Perhaps if these players were starting from the first whistle, United could have produced a much better result.

Alexis Sanchez had another poor showing in a United shirt and that was highlighted when the Chilean lost the ball 42 times in the match, which is the most anyone has lost possession in the Champions League this season.

It begs the question whether Mourinho needs to drop the 29-year-old for the time being and reinstall new personnel back into the starting XI?

The overall performance was too slow with no signs of pure attacking intent. United’s common theme for attack was lofting long balls up towards Fellaini and when you resort to tactics like that when prior to kick-off your team had the advantage going in, Mourinho must accept responsibility for the Red Devils’ crushing knockout loss.

Sevilla always looked likely to be the team to eventually break the deadlock and that’s the punishment United suffered from their uninspiring performance.

Mourinho’s post-match comments certainly did not help the cause, saying this situation is nothing new for the club seeing that he was the manager at both Porto and Real Madrid when he knocked out United in 2004 and 2013 respectively.

Taking responsibility for the result that unfolded and admitting you got it wrong on the night would have been the more appropriate way to go about the situation.

United’s next encounter sees the Manchester club face off against Brighton & Hove Albion in the FA Cup quarterfinals at Old Trafford this weekend.

Mourinho will be seeking to avoid another cup exit in the same week, as the FA Cup is now the only piece of silverware the red half of Manchester can claim this season.