Kurtley Beale, Bernard Foley, Israel Folau and third-string halfback Mitch Short inspired a Waratahs comeback against the Rebels at Allianz Stadium yesterday that made Lazarus look like a hack.

Down 20-3 in the 39th minute despite 55 per cent possession and 55 per cent territory, the Waratahs looked a flat and beaten side against the unbeaten Rebels.

But in the next 41 minutes, the men in blue stormed home with six tries to one to keep the scoreboard busy, posting 48 points to seven.

The final score of 51-27 made everyone blink in disbelief.

If they were thoroughbreds, they would have been in the steward’s room for a serious chat.

And no doubt Waratahs coach Daryl Gibson will claim promoting benchman Bryce Hegarty to fullback and punting one of the world’s most entertaining 15s in Israel Folau to the wing was a master-stroke.

Gibson showed Folau no respect as he waxed lyrical pre-game about Hegarty being a footballer’s footballer with enormous game sense.

If Hegarty was such a boom boy, why was he on the bench for the first three games?

On my reckoning, Hegarty touched the ball five times yesterday, including a try.

In typical fashion Folau, because he’s such a superb talent and so humble with it, twice dodged post-match questions about the switch with “whatever is best for the team”.

And he said it with a smile having gone out of his way during the game to pat Hegarty on the back after his try.

Folau set up three of the six tries by reclaiming a towering punt on the full as only Folau can do.

Folau was again modest post-game, praising Foley and Beale for being right on the money. 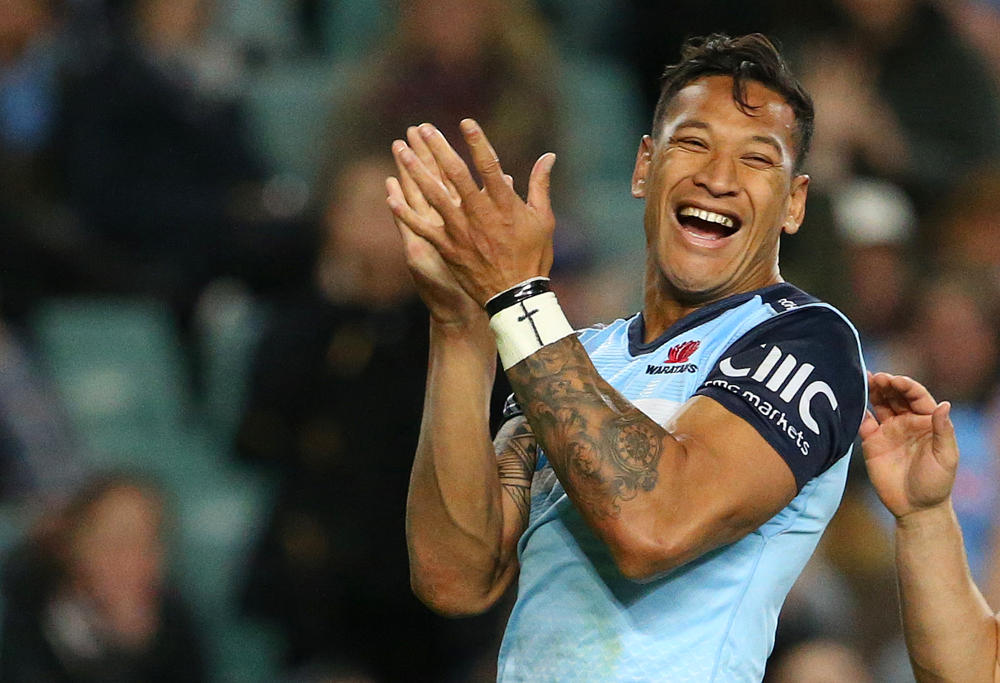 The Waratahs have a well-earned bye next weekend, where Gibson has time and space to correct his Hegarty-Folau brain explosion. In fact, the only space available for Hegarty is on the bench from whence he came.

And it would bring Beale and Folau closer together to strut their spectacular stuff as a mighty dangerous midfield pairing.

But none of that extraordinary comeback would have been possible if it hadn’t been for half-back Mitch Short playing out of his skin.

To think pre-season he was the third choice number nine after the injured Nick Phipps, and Jake Gordon, proved the old saying cometh the hour, cometh the man.

His service from set and broken play was right off the top shelf, and his support play netted him a try in the middle of the Waratahs five-try blitz in 20 minutes.

The second shock was Foley’s golden boot suffered its first miss of the season yesterday.

He converted all six tries, but landed three of four penalties, the miss slamming into the left upright.

But he’s landed 23 of 24 shots so far as a vital part of the Waratah scoring machinery, despite his mounting knockers. 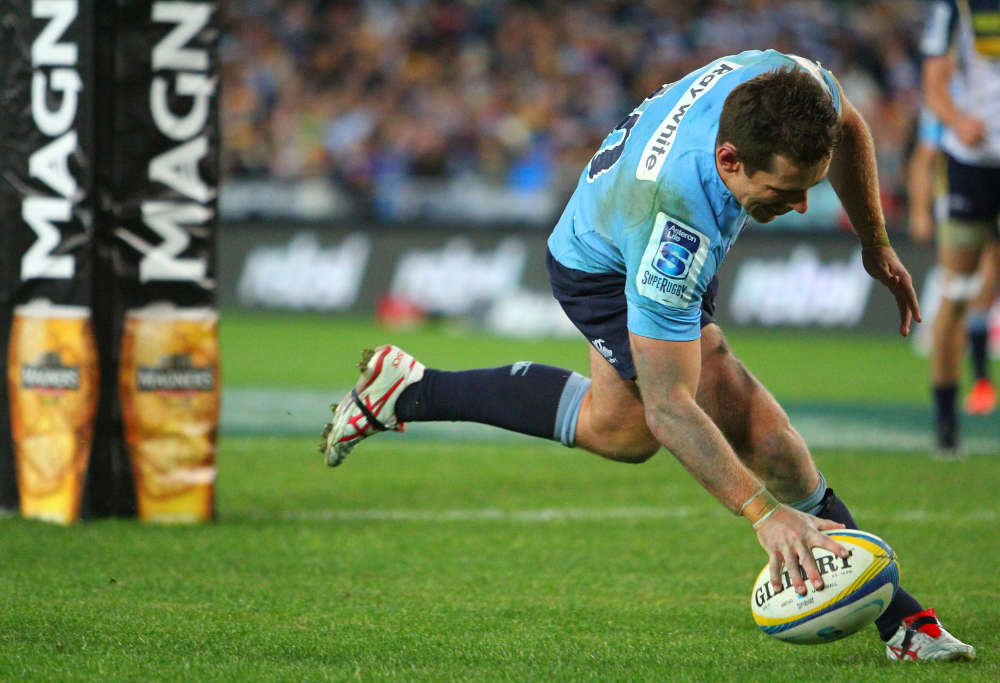 Both teams are to be congratulated for playing 80 minutes at a cracking pace, despite the record heat in Sydney.

How they managed up keep going in 38 degrees, the hottest March day for 78 years, was testimony to their fitness and courage.

Officials had an attack of brains, allowing a water break every 20 minutes.

As for the Rebels having their unbeaten run ended, veteran centre Tom English summed up his side’s shock loss with “You don’t become a bad team overnight”.

The Rebels will be around at the business end, especially with top footballers like Adam Coleman and the train-wrecking Amanaki Mafi up front, and Will Genia with Reece Hodge and John Maddocks out the back.

Keep an eye on Mafi, winner of last year’s Australian Super Rugby player of the year.

Tongan born, Mafi delivered the final pass in 2015 for Japan to beat the Boks 34-32 after the bell in arguably the biggest upset in Rugby World Cup history.

He’s a runaway train, and a devastating defender.

If Tonga doesn’t want him, Michael Cheika sure would at number eight.