A random prediction of the 2018 AFL season

While many use their intellect and analytical skills to deduce the most likely of the various outcomes prior to the AFL season, I prefer to leave it to chance and justify the results of a randomised list after the fact.

I have done this the last two years so here I am again with this year’s results:

18. Gold Coast
Starting off with a fairly typical prediction, the Suns have a new coach and no longer have the Once and Future King, Gary Ablett, on their list.

A #1 pick and some needed experience for Stuart Dew as head coach will help Gold Coast to move up the ladder quickly, just in time for Dew to have his traditional leap yearly grand final appearance.

17. Hawthorn
There comes a time when all empires fall, the ones that exist now just haven’t fallen yet. While the Hawks missed out on the finals last year, there is still further for them to go.

They didn’t seem to have much of a plan last year and this will be one of experimentation as Alastair Clarkson figures out what approach Hawthorn will take for the future.

If they do wind up somewhere around here, I wouldn’t be surprised if their percentage is one of the highest of the non-finalists. 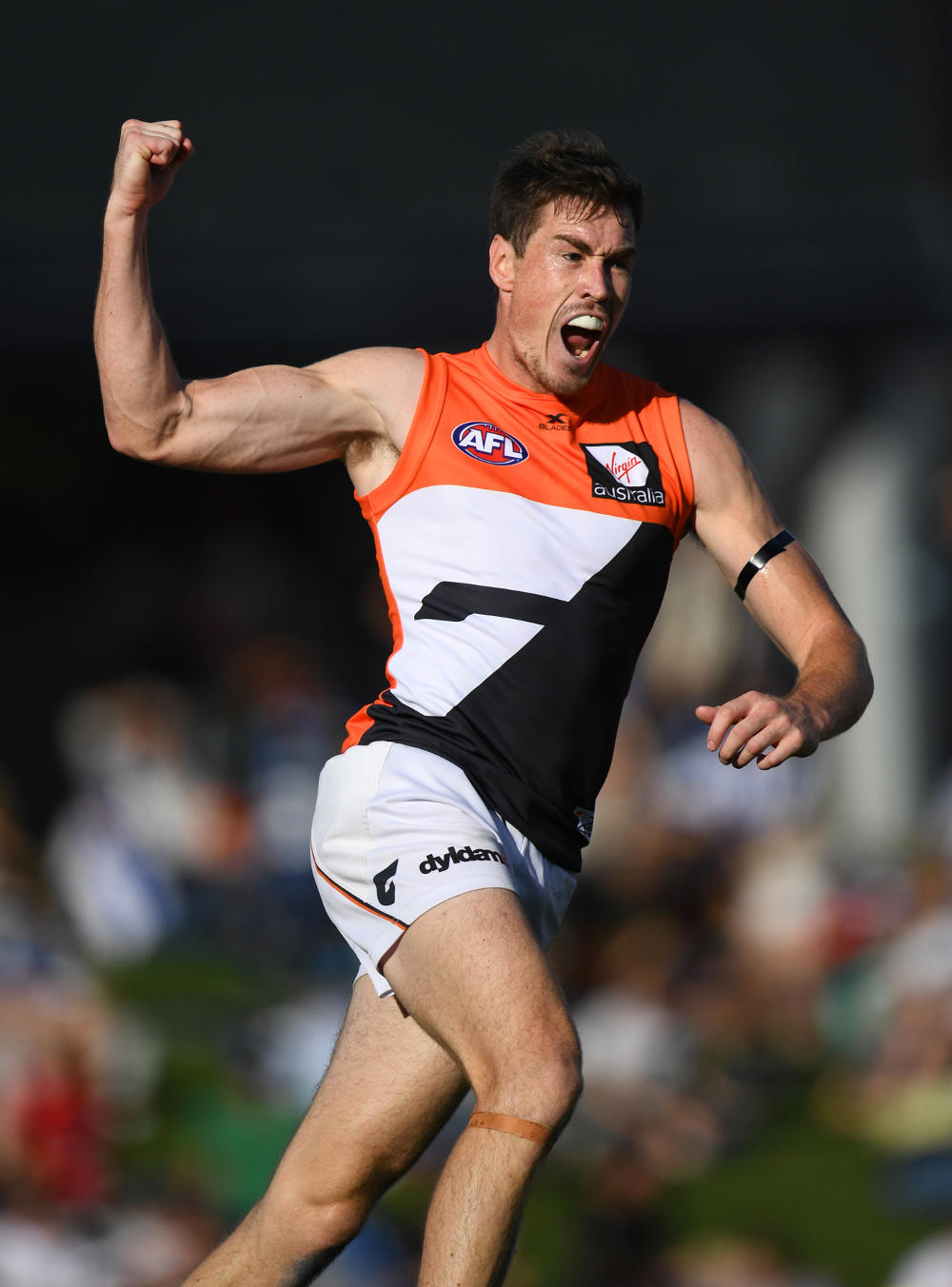 15. Brisbane Lions
I wish this wasn’t here. The Lions have been down so long that I almost miss the days when they couldn’t be stopped. Ah, well.

They’re slowly improving, again. They can keep developing their young talent so that other teams can utilise them in their prime before inevitably, they fall down again. Maybe next year.

14. Port Adelaide
Port are the most difficult team to make any sense out of. At their best they can do everything, at their worst they can’t do anything. Makes trying to argue why one thing or another will happen almost impossible.

I’d blame injuries, but I’ve already used it once and feel I’ll need to save it for later, so I’ll blame a poorly designed strategy executed badly as the cause of this placing.

13. Adelaide
How can a team go from runners-up to missing the finals? Through injuries of course! (I’m very glad I saved that second use. Otherwise I’d really have to work on a good excuse.)

The Crows will also over-adjust to their defeat and cost themselves many games because of it. However, I’m tipping them to beat the Tigers twice, just out of spite.

12. Carlton
There are many reasons to hate the Blues. They have the most boring uniform, the laziest nickname based on that uniform, and their theme is boring. There are so many reasons to dislike Carlton that hating them for successes long in the past is like hating France because of Napoleon.

This year, the reason to cheer against them will be because they’re mediocre. Not terrible enough to pity, not good enough to be entertaining; truly, the worst position for them to be.

11. St Kilda
The Saints have been stuck around this part of the ladder for a while now and I would have thought that this year would be the time for them to move up into the finals. Alas, this just won’t be so.

Perhaps, just like Melbourne, they should make it in but will fail due to an inability to take advantage of chances right in front of them. 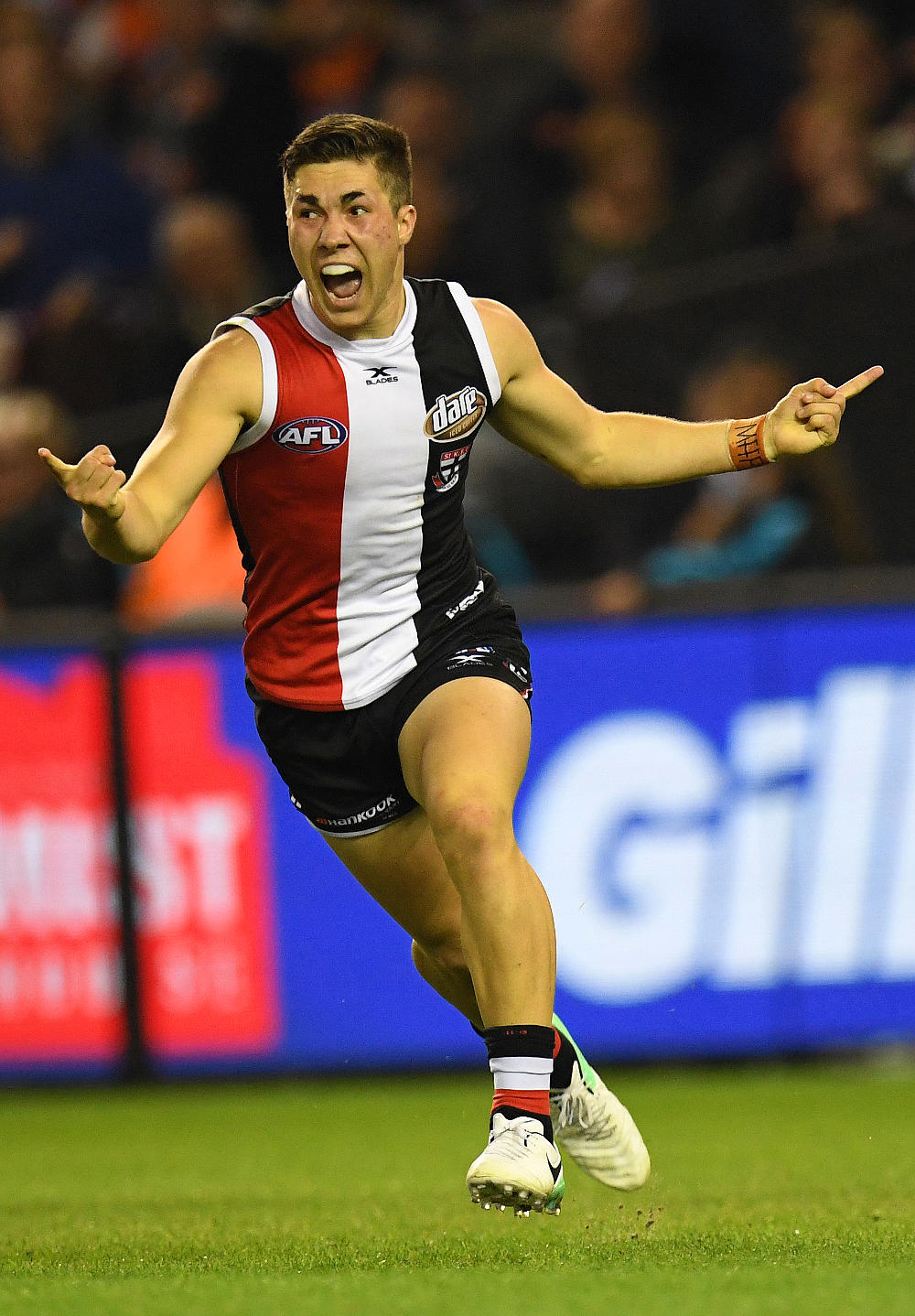 10. Essendon
Another team that is difficult to make sense of, the Bombers shot back up the ladder last year with their full squad back in action. However, it’s hard to feel that they truly deserved to be there.

They were one of many teams to be comfortably accounted for in a sudden-death final and they wouldn’t have made it if the Demons had not tied their shoelaces together and walked into a glass door. This time, the Bombers will probably win a similar number of games, but that won’t be enough.

9. Collingwood
The Magpies have slipped every year under Nathan Buckley. I just like to remind everyone of that because he somehow keeps his job and it befuddles me.

Anyway, it’s time for Collingwood to improve. I have a feeling that the top eight will be set early this year so ninth will matter less than most years, but still, almost making it is better than they have been going.

8. Geelong
The Cats were a dangerous team last year. However, they were very focused around Patrick ‘I’ll take you right into the’ Dangerfield (I know this is going to inspire many ‘what about’ and ‘well, of course, he’s the best’ comments, but oh well).

Their forward line can’t score often enough without him down there but that means it will be harder to get the ball forward without him in the middle. Maybe with Gary Ablett they can adapt their plans a little more but right now, I don’t see the Cats being too much of a threat this year.

7. North Melbourne
The big climbers and probably the most out-there suggestion of this whole list, the Kangaroos are due for something. Most are tipping the Roos to be the wooden spooners but apparently the randomiser thinks differently. Who am I to argue?

There’s often a surprise member of the top eight and it might as well be North. Maybe they’ll reveal they’ve mastered cloning and now have four Jack Ziebells or something. 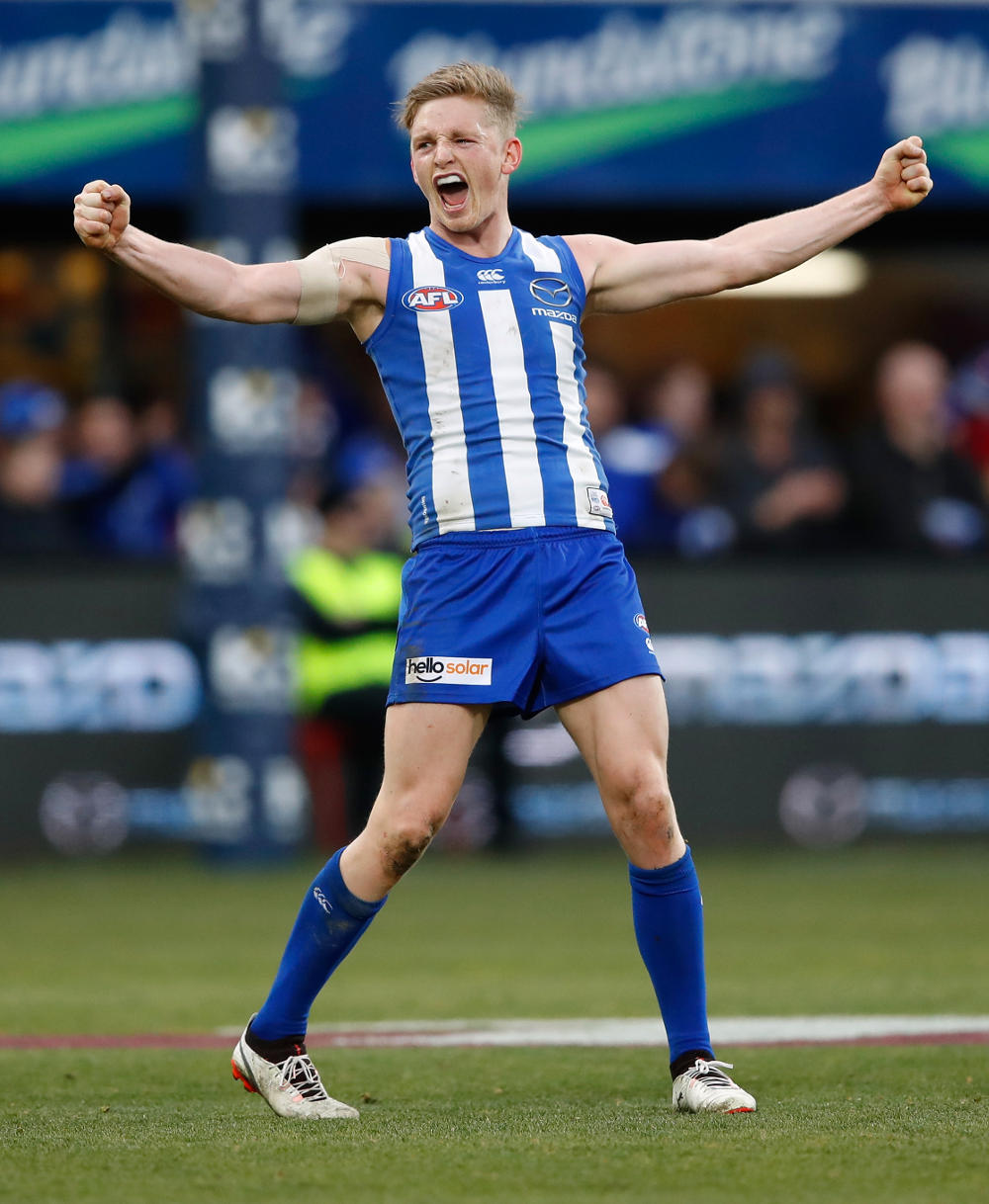 6. Richmond
The defending premiers (ugh, why did that have to happen?) will remain in the finals but will slip. They will be the targets of everyone in the comp and I think they’re gettable.

It’s not that they have a bad plan, it’s that it has more ways it can go wrong than others. To further emphasise the spite from earlier, the reason Richmond will miss out on the top four is because they’ll lose both games against the Crows.

5. Western Bulldogs
The Bulldogs were one of the oddest failures of last year. They didn’t play that badly at any time of the year but were never able to get the results they needed to make the finals.

This year, they will have that luck. Pretty simple, but this is one of the more logical things the randomiser has given me.

4. West Coast
The Eagles have got one of the best rucks in the comp coming back into their squad. With Nic Natinui getting a full season alongside Scott Lycett, they have a potent starting point for their attacks.

With one of them resting forward alongside Josh (no not that one) Kennedy and Jack ‘Captain’ Darling, they’ll have the ability to score a lot of points. That should be enough to get them wins against many.

3. Fremantle
Umm. Hmmm. Well… It’s not like it’s the least likely result in the world. When I went on Wikipedia to get the team lists, someone had edited it so that Brisbane were this year’s premiers (seriously, I have a screen cap of it).

Anyway, Freo have a great midfield and that can give a team more success than just about anything else aside from backing from the umpires (I’m so edgy) so I can see the Dockers winning more games than people expect. However, their forward line is a distinct weakness so scoring enough to win will keep them from winning the flag.

2. Melbourne
There are two teams with premiership droughts of more than 50 years. The longest still-running one is the one from the Demons, who haven’t won since we still used the pound. So, naturally, fortune has decided to give the Dees a shot at breaking their drought.

If they do wind up runners-up then it will be against recent trends of losing home finals, but that’s a whole Pandora’s box that I don’t want to open a few dozen words from the end of an article, so I’ll just say: they have the talent, do they have the ability?

1. Sydney
The human brain loves patterns. So naturally, randomisers programmed by humans will like patterns too. ’12, ’14, ’16, ’18. Makes sense for the Swans to be in the grand final again and playing a Melbourne team that gets a home ground advantage.

However, this time, the Swans’ experience in finals will overcome an inexperience Demon enthusiasm and claim the flag again.

Well, there it is. Some reasonable sounding results and some off-the-wall thoughts. What do you think?