There’s no doubt that Odell Beckham Jr is among the NFL’s elite wide receivers.

His first three years are among the most prolific of all time for an NFL wide receiver, a position that often requires an adjustment period.

Scoring 12 touchdowns and putting up 1,305 receiving yards in his 2014 rookie year, Beckham’s decisive rise to becoming the Giants’ most popular player alongside Eli Manning is something all Giants fans recall fondly.

However, some in the New York media are asking whether the honeymoon between Beckham and the Giants is over. Beckham has never lacked in production, and all accounts have him fully recovering and being ready for the 2018 season.

However, a combination of his off-the-field headaches and looming high salary demand prompts the question: Should the New York Giants trade Odell Beckham Jr? 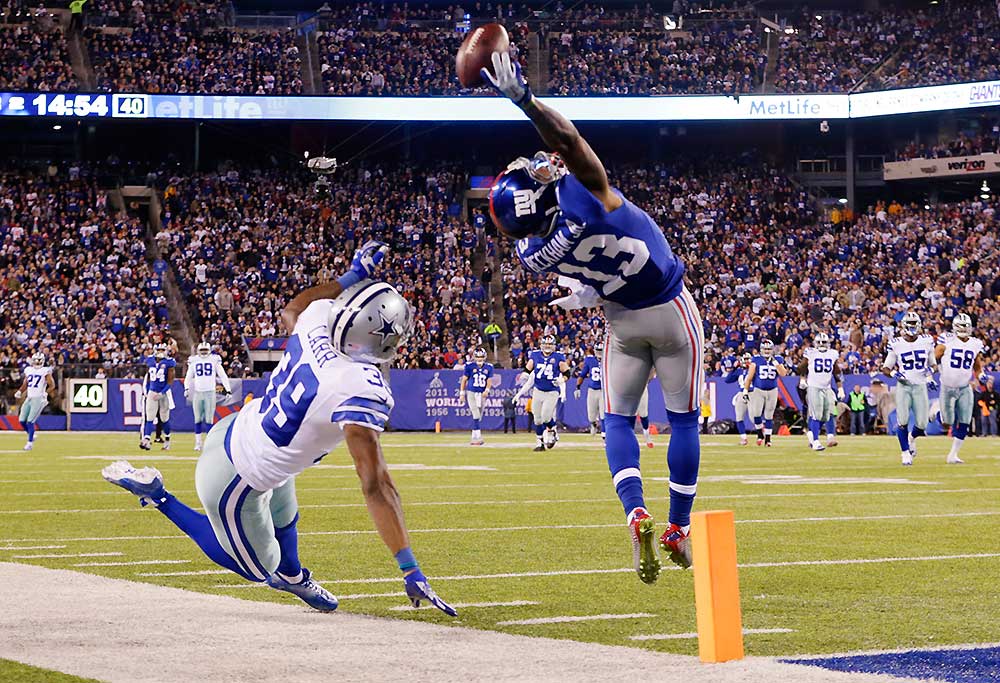 Looking forward, in the Giants’ perspective
Beckham wants to be the highest-paid wide receiver. As one of the NFL’s best wide receivers, it’s a deserving desire and one that some NFL team may grant him. Will it be the Giants? For a team coming off a very poor year and having questions about (whether Eli Manning has good years remaining), some may envision the Giants are starting anew with different faces of the franchise.

They get second pick in the 2018 NFL Draft, so whether they draft a quarterback or not will likely determine the Giants’ next phase.

If the Giants move on from Eli, they may want to spare their new rookie quarterback from the high-demand Beckham, who is no stranger in expressing frustration about the team’s offense.

Likewise, even the reserved Eli Manning has not been coy about an occasional miff between him and his star wide receiver. Still, the duo continues to put up big numbers whenever they are both healthy, and it’s not as if the occasional dispute is rare in the NFL between quarterbacks and wide receivers.

The more pressing issue likely relates to Beckham’s imminent contract demands, which seem to be in the ballpark of $20 million per season. The Giants’ new general manager, Dave Gettleman, chuckled off the notion of the contract.

Still, after Kirk Cousins received $30 million per year this offseason, it’s not an unreasonable ask for one of the game’s top wide receivers, who is still young and in his prime.

Whether or not the Giants trade Beckham is likely contingent on whether the team feels a $20 million contract fits within their budget, while still allowing flexibility to improve a team that needs help in several areas.

Trading Jason Pierre Paul freed up cap space to help accommodate the contract, though it’s no sure thing how much that will matter.

Will the Giants trade Odell?
Odell’s talent is definitive, as is his young age. The Giants must ask themselves two things, primarily:

1. Will Odell’s contract fit on the books without suffocating the team’s cap space?

2. How will Odell, known for the occasional tantrum, mesh with a rookie quarterback who already has to deal with the bright lights of New York?

The second question may not be relevant for several years, assuming Eli Manning is still the team’s starter, though if the Giants draft a quarterback in this year’s draft, the question becomes immediately relevant.

For now, Giants fans can just stay tuned and hope the team can accommodate their star wide receiver’s demands, while Odell matures and cuts down on off-field antics and spats with his teammates. 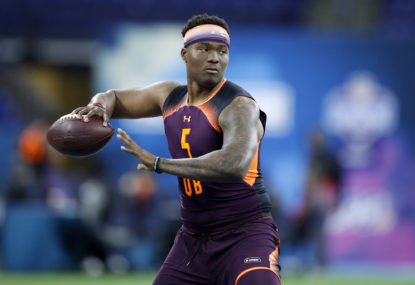 With the NFL season done, general managers across the league will shortly begin to navigate the arduous off-season with the intent of getting their teams to Super Bowl LV in Tampa Bay next February. With the NFL combine, pro days and the onset of free agency all set to shake up the draft order before […]