WASPS tipped to Bounce Back

WASPS, who were defeated 2-1 by the University of WA Hockey Club (UWA) in the 2017 decider, were placed at the top of the pile in a poll of the 12 Premier League clubs captains this week in the lead up to the opening round which began on Saturday 24th March.

Four clubs, including YMCA Coastal City Hockey Club (YMCC), who dominated the Premier League with five premierships in seven years from 2009-2015, failed to receive a vote and looked destined to battle it out to avoid the promotion-relegation series at the end of the year.

In terms of individual awards, the captains votes were spread amongst a variety of players. The Olympians Medal for the ‘Fairest and Best Player’ looks an open race, with Josh Pollard (Old Guildford Mundaring Hockey Club), WASPS Kiel Brown and Matthew Butturini (Fremantle Hockey Club) both World Cup Gold medalists, among the favourites.

The Paul Gaudoin Youth Award also looks an open race according to the poll, with only two players receiving multiple nominations.

Westside Wolves Hockey Club (Wolves) look to have a promising young team, with three players receiving nominations. Recent Kookaburra debutant Jake Harvie received two votes, while Jake’s younger brother Tom also received a vote, despite not yet having made his Premier League debut. Alistair Murray was the other Wolves player to receive a nomination.

Hale’s Liam Flynn is a very popular (8 votes) tip to claim back-to-back Eric Pearce Top Goalscorer awards, while former national development squad member Leon Hayward, who has moved from UWA to Old Guildford Mundaring Hockey Club (OGMHC) is the favourite to win the Just Hockey Fairest and Best Goalkeeper award, having received more than 40 per cent of the votes.

When quizzed on the most anticipated matchup in the HWA Premier League, the captains chose the David Bell Trophy. Spectators can pencil in ANZAC day 4pm at Aquinas Turf, with two clubs that 1986 World Cup Winning Captain, David “Dibs” Bell, represented during his club career, Old Aquinians Hockey Club and Fremantle Hockey Club facing off. 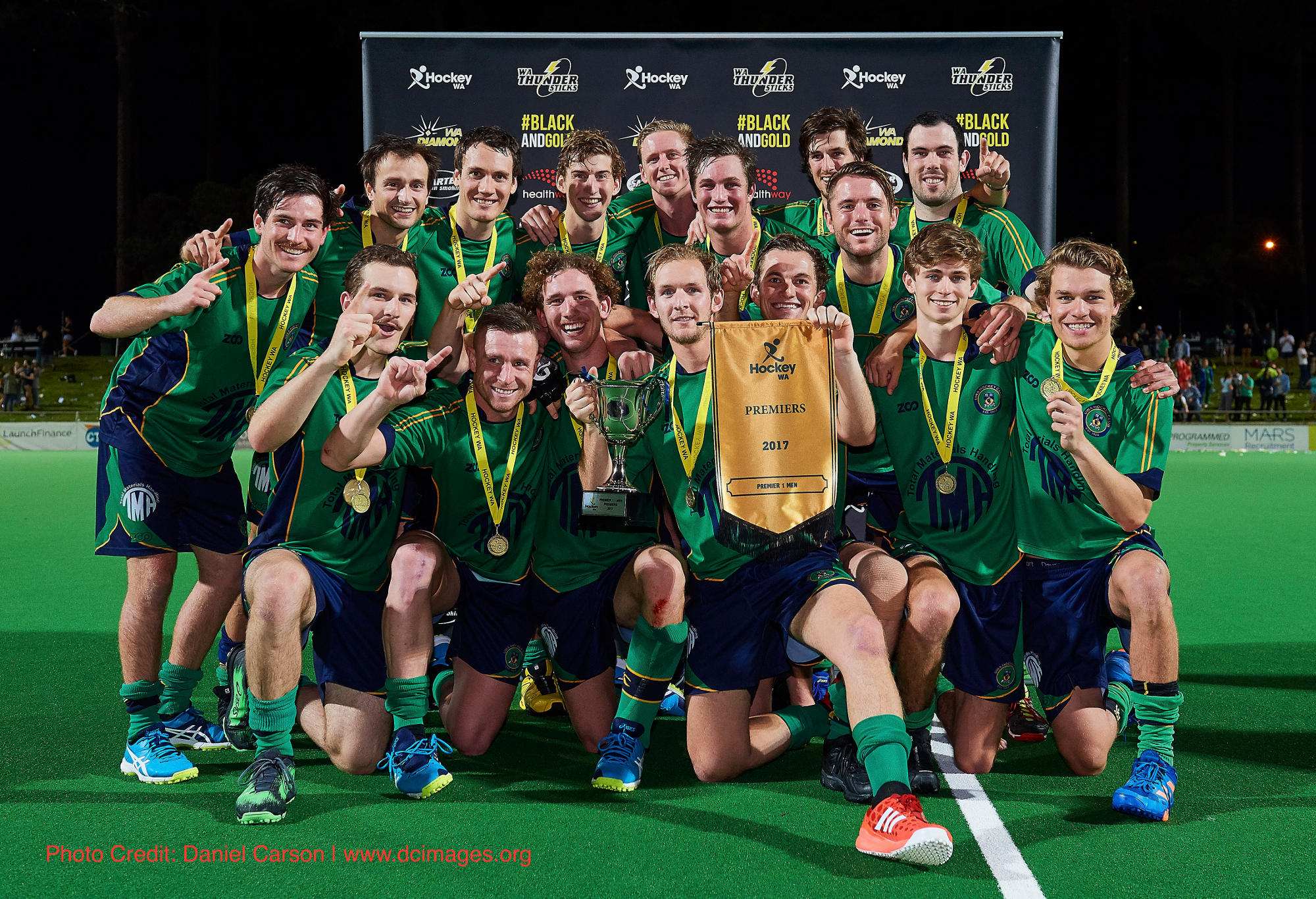 One final question fired at the captains was to ask which player would you pay to watch and why? The best of the responses, in the eyes of the author, was “The RealDealBeale – the most skillful player in world hockey.”

The HWA Men’s Premier League is arguably the top state league in Australia, with the Hockey Australia High-Performance unit based in Perth, the league is home to the best players in Australia.

This makes it home to some of the best players in the world such as homegrown Sandgropers Trent Mitton and Aran Zalewski, Queenslanders Daniel Beale and Jacob Whetton and Tasmanian superstar Eddie Ockenden.

Sadly, supporters in Perth will not be able to see retiring Kookaburras Captain Mark Knowles play in 2018. Knowles has returned to his home state of Queensland, where he will represent Eastern Suburbs Hockey Club in the Brisbane Hockey League.

Knowles’ final tournament for the Kookaburras will be the 2018 Commonwealth Games on the Gold Coast.