It’s a year away, but as the Masters defending champion, Patrick Reed will be totally responsible for the traditional Champion’s pre-tournament dinner menu.

One meal that certainly won’t be served will be humble pie.

Yesterday the 27-year-old Texan, one of the most polarising golfers on the planet, held off spectacular final round charges from Rickie Fowler and Jordan Spieth, two of the most popular, to don the coveted green jacket.

The massive Augusta crowd showed its hand on the first tee.

Reed, seeking his first major, received a polite welcome, but Rory McIlroy, needing the Masters to complete a career grand slam, was greeted with a substantially warmer reception.

And that was the pattern of the day.

Did it worry Reed?

Not on your life, he drew inner strength from the disparity that held him in good stead through a tough time over 18 holes.

That’s been the Patrick Reed way throughout his career.

He was sacked from the University of Georgia golf team, best described by Jason Payne, the assistant coach.

“There is no doubting the ability of Patrick as a golfer, it was Patrick as a person that we chose not to associate with.”

Transferring to Augusta State where he led them to two NCAA Division One titles in 2010 and 2011, Reed was again unpopular, preferring to be a loner.

In 2015, an ESPN poll rated Reed the second most unpopular golfer on the PGA Tour after Bubba Watson.

Their reactions were poles apart.

Watson said – “If people don’t like me then I’ve got to improve, and prove them wrong”.

And he keeps trying to do just that.

Reed just couldn’t give a stuff, and still doesn’t.

Most of his current unpopularity stemmed from winning his first tournament – the Wyndham Championship in 2013.

Despite being ranked 44 in the world at the time, Reed blotted his copybook by claiming he was now among the world’s top five golfers.

The PGA Tour has a strong and respectful bond among its members, but Reed is only interested in Reed.

But the ultimate litmus test is the Augusta faithful, they are always brutally honest.

Only three of the last seven Masters champions have been the recipients of off-the-Richter-Scale salutes – Adam Scott in 2013, Jordan Spieth in 2015, and Sergio Garcia last year.

Watson in 2012 and 2014, Danny Willett in hanging on to beat Spieth in 2016, and Reed received what could be called polite, rather than passionate, receptions.

Yet in a strange switch in climate, Patrick Reed will be high on the support stakes when he represents Team USA in the Ryder Cup.

Two years ago Reed was dubbed Captain America for his outstanding golf in the last Ryder Cup, yet he was still a pain in the butt.

That’s when the inmates take over the asylum. 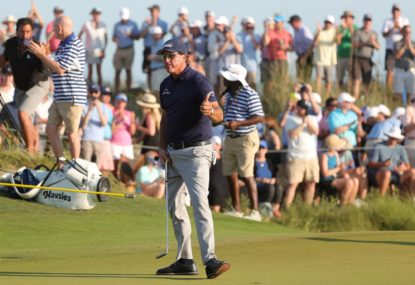 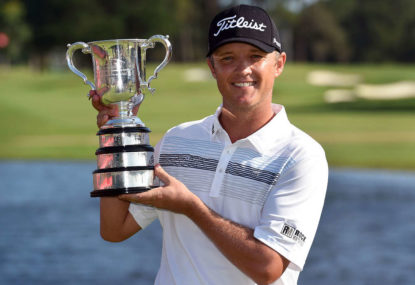