Office tipping rivalry aside, this year’s NRL competition has been fantastic – even more so if you’re a Dragons or Warriors fan, like me. Not so much for the lone Melbourne fan at work, who has gone quiet. Very quiet.

At 0-9 last year he had an encyclopaedic knowledge of what the Warriors should be doing, which he was all too happy to share.

After the first win this season, against Souths, he pointed out the Bunnies were missing some big guns and had a new coach. Fair enough.

The next week, I was reliably informed the Titans were also-rans and while two wins was a good start, let’s not get carried away.

When the boys from Auckland surged back to beat Canberra on the back of two Shaun Johnson field goals, he conceded the team were playing well, “but Canberra choked”. After Ricky Stuart’s post-match comments, I have to agree.

Then the Warriors played the first of the big dogs in a run of five matches against the Roosters, Cowboys, Broncos, Dragons and the Storm – or a team that resembles the Storm at least.

The Roosters – a team considered by many to be premiership favourites, a team filled with almost unaffordable talent – were carved up 30-6.

The Storm supporters response? “The Roosters were dreadful.” He highlighted their 59 per cent completion rate and 13 errors: “It’s a blip. A bad day at the office.” 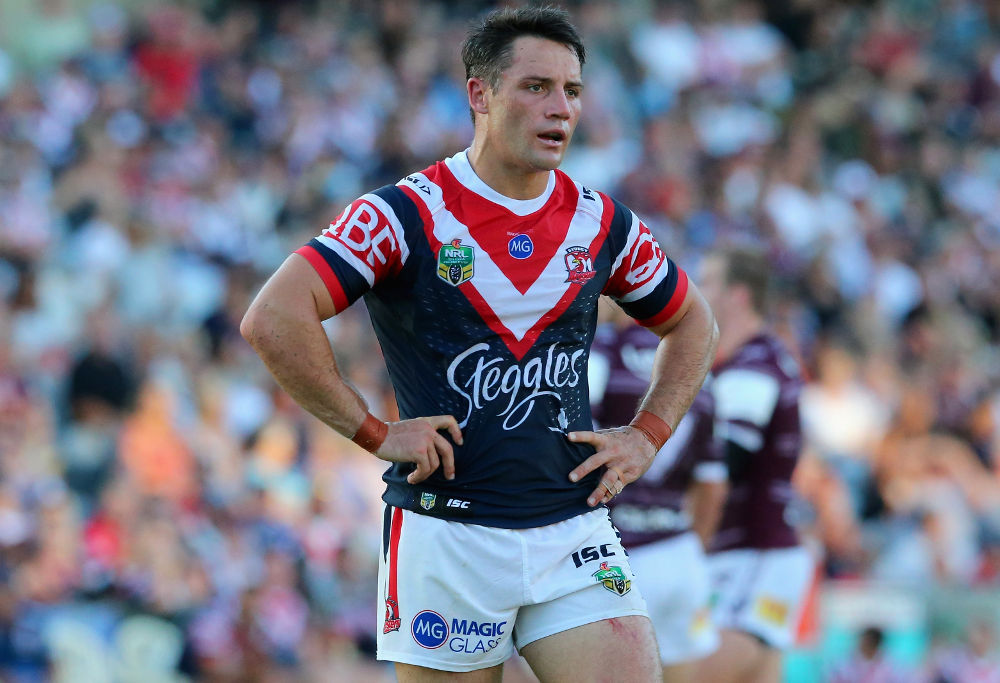 Cooper Cronk of the Roosters. (Photo by Ashley Feder/Getty Images)

It seems a few teams are having bad days at the office against the Warriors. By comparison, Stephen Kearney must be employee of the month.

The Cowboys arrived at Mt Smart for a rare double-header featuring the Tigers versus Storm and possibly Johnathan Thurston’s last game in New Zealand. A packed house. Plans were made around the country to ensure 7:30pm Saturday was free.

The Warriors put in a muscular performance and strangled North Queensland 22-12. It wasn’t a perfect performance, but it was gutsy. They defended and defended, then they defended some more – making important tackles; dominant tackles.

The Cowboys’ completion rate was 86 per cent, they made few errors and enjoyed a glut of early possession. Matt Scott said post-match their inability to score from the early possession was frustrating.

Against a strong team renowned for playing the full 80 minutes, the Warriors met them head-on. It was immense.

I wondered what excuses the lone Melbourne fan would churn out. I decided to wait before messaging him; I didn’t want to appear too smug.

But I am smug so I messaged him immediately. Go on, just say it. Say the words: “It’s our year.”

His response? “It’s only week five. Wait until the pointy end of the season before you get excited.”

He is hurting, I understand that – like every Warriors fan would.

Melbourne have struggled. And like Laurel Hubbard competing in women’s weightlifting, it has not been an easy transition, particularly for fans so accustomed to success.

While the Storm are too good not to bounce back, the Warriors remain a team that fans, critics and pundits are still reluctant to give too much credit.

Everything is referenced in the present tense: currently they are playing good footy, they are defending well right now, premierships aren’t won in April.

Which is absolutely fair. Their record says it all. 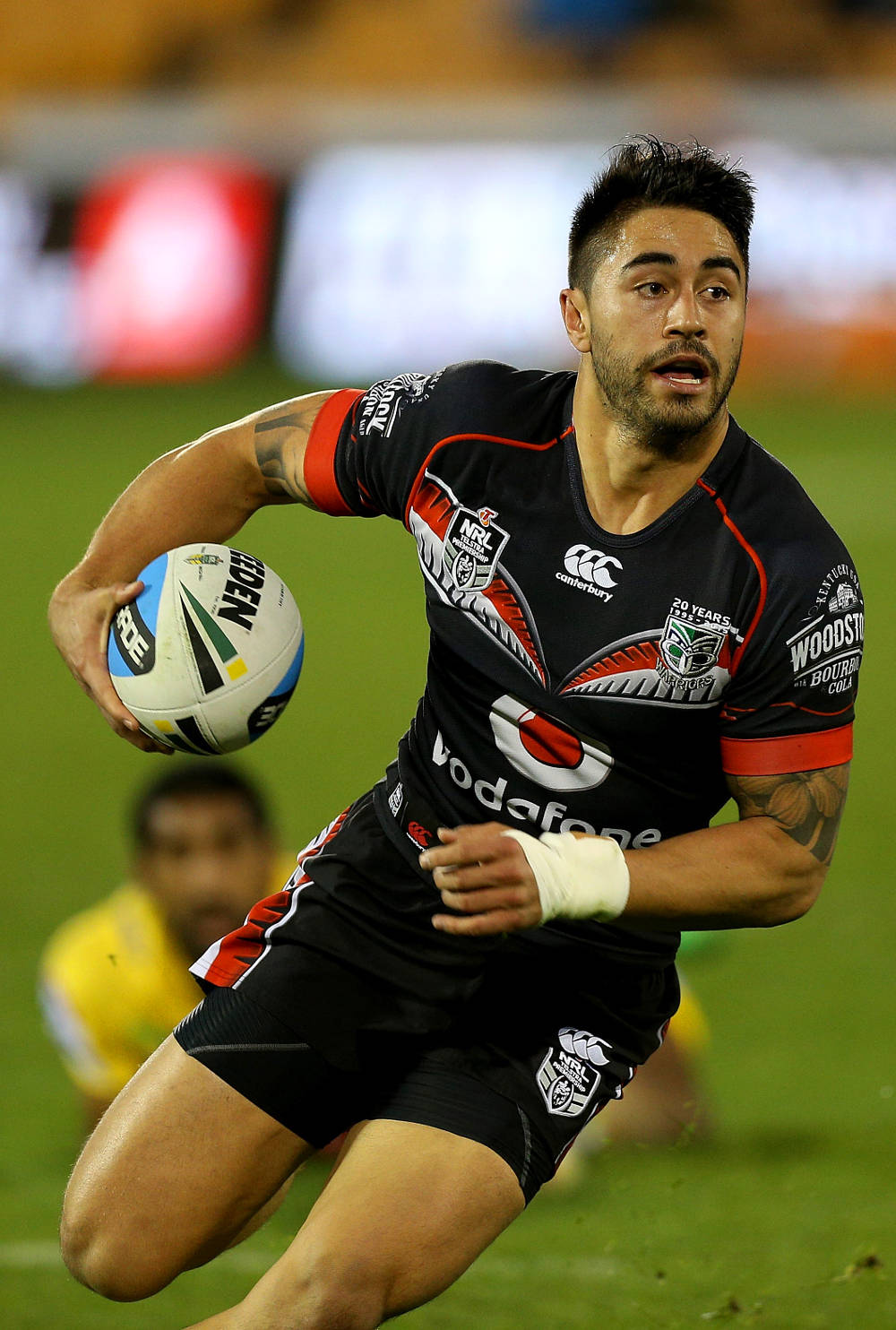 The players and coaching team understand this. On the field they have adopted a breathing technique introduced by All Blacks captain Kieran Reid. This helps them to reset, refocus and concentrate on the next target.

The off-field approach reflects this too. The language is uniform: one game at a time. Reset. Focus on now. They might not be exciting to listen to, but they have been brilliant to watch.

I understand the caution, but I’m not going to resist celebrating their success for fear they will let me down. They’ve already surpassed my expectations and I just love the way they are playing.

As for the bristling fans at Mt Smart questioning where all these new fans came from – would you rather be part of 25,000 people cheering your team on, or sit on your own in your original jersey, clutching your flag and ‘let’s gone Warriors’ sign in a half-empty venue just so you can tell the world you’re a ‘real’ fan?

I love the passion, and members drive the heartbeat of any club, but nothing beats a huge crowd roaring as one at every call, every bounce of the ball.

The new recruits are worth whatever we paid for them – heck, they’re worth what the Roosters would pay them. I don’t know if the current run stems from their contribution, or if it’s the influence of CEO Cameron George.

Maybe it’s Alex Corvo, the new trainer from Melbourne, or perhaps Kearney and his playing group have settled on a style that works for them? I suspect it’s all of these.

Whatever the reason, and to whoever is responsible, as a Warrior’s fan I thank you. Sure, it’s still early days, but these early days feel a hell of a lot better than the early days of previous seasons.

I still have no idea who I’m going to pick this week in the work tipping competition. One result I will be picking is the Warriors to continue their run against the Broncos. Even if they don’t get up, I know it won’t be for lack of effort.

And having belief is so much better than ‘keeping the faith’.