Usman Khawaja has had his chances, now it's time for him to go

I love Usman Khawaja as a player. Love his stroke-play and shot selection.

Hate how he was dropped in India despite being in the form of his life.

Love the fact he captains Queensland and seems to be a laid back sort of character. Love that he brings some diversity to the Australian team.

We could really use an in-form Usman at the moment, with no Steve Smith or Dave Warner for 12 months. Not just for his batting but his experience, including captaincy nous. If he’d been in better form with the bat, people might even be talking about him as a possible captain.

But he hasn’t, and they aren’t and I’m thinking maybe it’s time he was dropped. 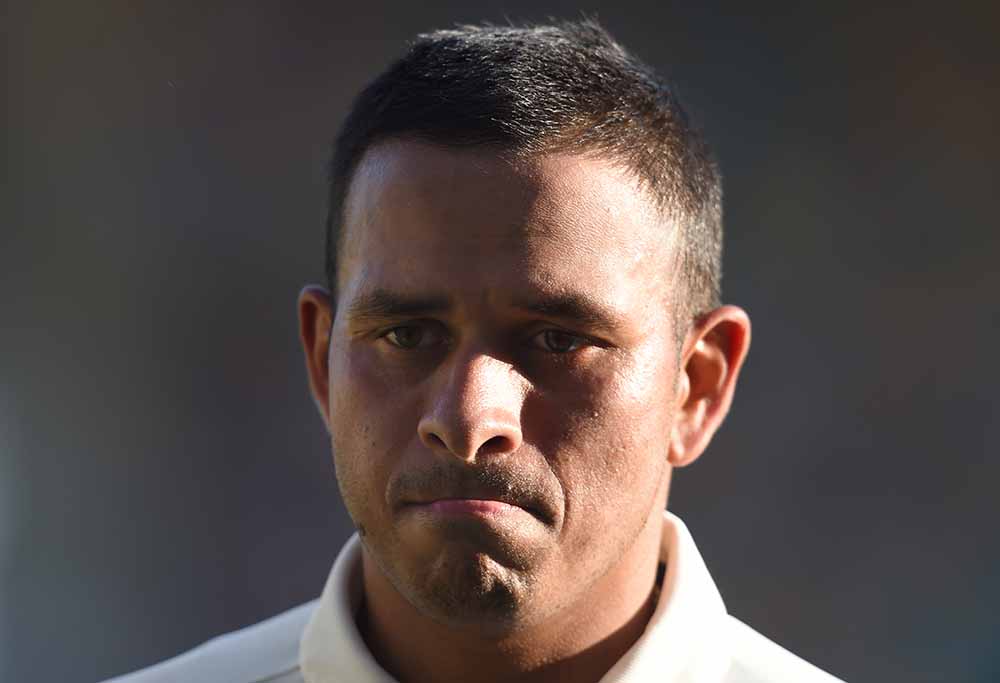 The thing is, he’s had chances, Usman.

For all this rotten treatment in India – and it was rotten (I believe the selectors’ lack of faith in players contributed to a feeling of instability in the Test team which contributed to sandpapergate) – he has just had nine Tests on the trot.

That’s a good sample, in friendly conditions, and he managed a couple of fifties and one big score in a dead Test.

When requred to stand up, he simply hasn’t.

Darren Lehmann coached Usman in Queensland, brought him into the side in 2013 at the expense of Ed Cowan, and suggested he open in India instead of Matt Renshaw.

But now Lehmann is gone, so will the selectors lose faith?

You could argue no one is knocking down the door, especially without Warner and Smith available – but that’s not really true.

There’s Glenn Maxwell, who’s never had anything like Usman’s chances in the Test team, is a much better fielder and offers a bowling option. Or Travis Head, who can also bowl, captains South Australia and has international experience. Or George Bailey, who averages just under 40, is an excellent captain, and has a tradition of being Australian sides that actually win.

Or Cameron White, who still averages 40, has been consisted with the bat, and offers a lot of experience (I recognise his ODI failures will count against him). Or Hilton Cartwright, who’s played two Tests and is recovering from his sophomore slump with some form.

Australia have invested a lot of time and effort in Khawaja’s Test career – a lot more than many other batsmen – and it’s still not reaping returns.

Instability of the Test side notwithstanding, maybe it’s time to try someone else for the UAE tour?

Because we really can’t afford to stuff around with Usman Khawaja anymore – not when there are other options out there.