In late May last year, a thunderous volcano by the name of Andrew Fifita strolled into Brisbane and erupted in the middle of Suncorp Stadium.

The result was beautiful or hideous, depending on what side of the state border you sit on. The Queensland pack simply had no answer for his size, speed, agility and power.

Many within NSW felt it would simply be a case of boxing the volcano up and sending it off to Homebush three weeks later for the series to be sealed.

Dressed in head tape and drenched in anger, Josh McGuire had other ideas.

The rugged and ruthless Maroons number 13 chopped, cut, chizzled and hacked at Fifita’s legs all night long and the result was telling. After spitting lava in Brisbane, Fifita was reduced to ashes in Game 2.

But it was more than just a ‘hit low’ defensive strategy that got the better of Fifita here. Indeed, every time he carted the ball up in Sydney he was met with three, four and sometimes five angry Queenslanders with a point to prove. What they gave away in size they made up for in heart and desire. 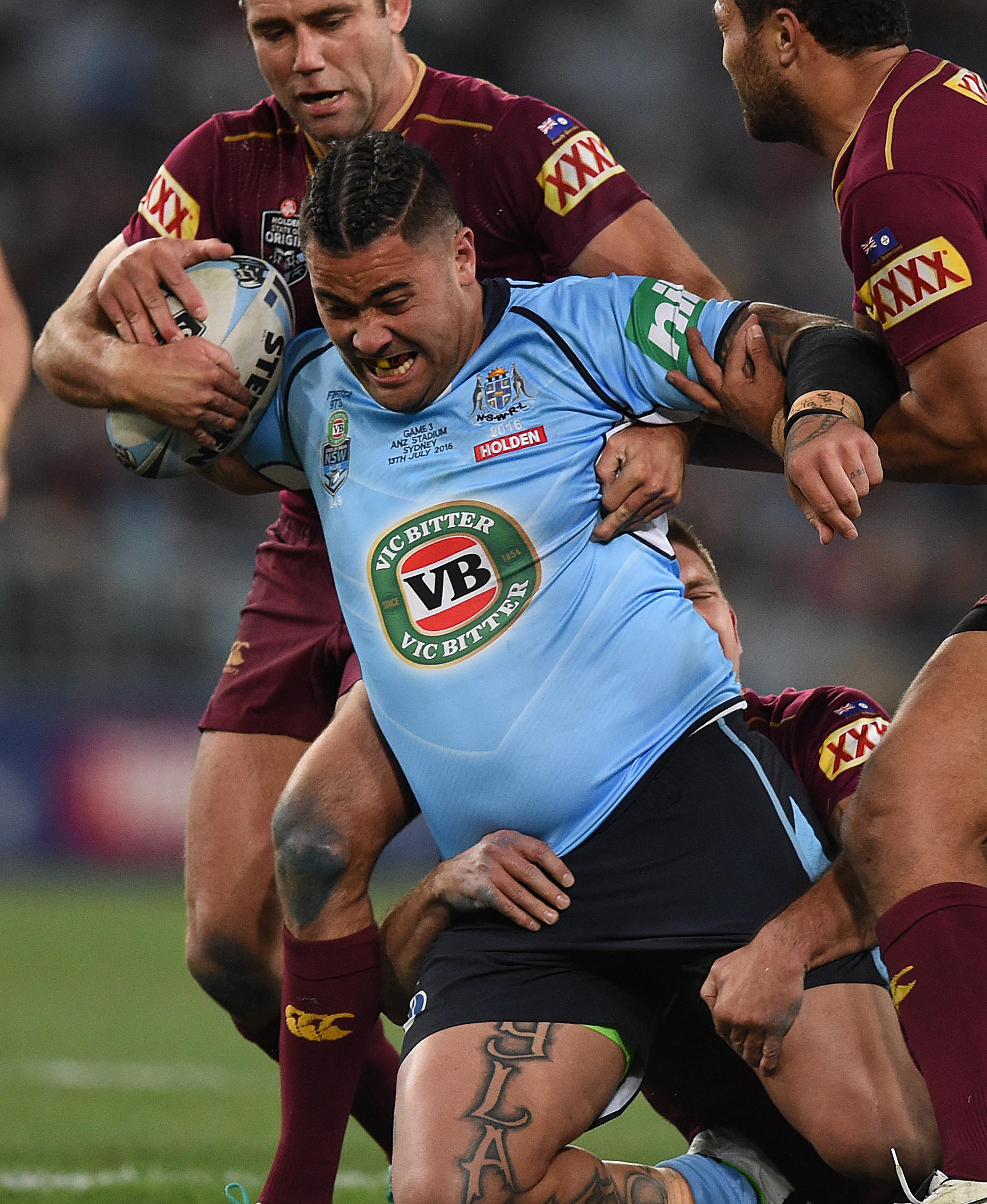 We already know Fifita won’t be there this time around. By pledging his allegiance to Tonga, he’s dramatically boosted the international game, while simultaneously angering a host of Blues greats. You can’t please everyone.

The question, however, is whether or not he would have made Brad Fittler’s 17 for Game 1 at the MCG. The smart odds point toward the latter.

On the flipside, Jordan McLean was allegedly guaranteed a jumper after winning a comp and playing for his country in 2017. Despite this, what originally looked like a fairly innocuous foot injury has spoiled the promise.

David Klemmer goes to another level when he plays Origin, so you’d imagine his club form is disregarded come selection time. Like he did for the Kangaroos in last year’s World Cup, it’s a safe bet he’ll be named in the starting front row when Fittler announces his inaugural 17 in late May.

Beyond Klemmer however, I want to propose a different tact. A brave new world. A make-or-break strategy that could establish the precedent for a very ‘New’ South Wales indeed.

Before we get into names, the evolution of the forward pack must first be discussed. Traditionally, two big boppers would pack down up front, two fitter blokes would prod themselves out slightly wider and play as back rowers, and the lock forward would float around the park as a tackling machine.

Over time however, ‘laptop’ coaches began taking a more analytical approach to the game and ‘versatility’ became a buzzword. From here, the idea of ‘edge’ and ‘middle’ forwards began to catch wind.

As a result, we see a new breed of props and locks, who can interchangeably switch between the two positions without raising a sweat.

Josh McGuire, aka Fifita’s kryptonite, is one of these players.

Further south however, NSW boost their own healthy supply of versatile middlemen.

I talk especially about Jake Trbojevic, Jack de Belin and Nathan Brown. All three should run onto the MCG on June 6.

Trbojevic will be one of the first names picked, and De Belin has made it nearly impossible for selectors to leave him out.

The Nathan Brown concept is a little more challenging though. For starters, Parramatta’s form has bordered on farcical in 2018. As well as that, he’s probably down the pecking order behind guys like Reagan Campbell-Gillard, Paul Vaughan and possibly Aaron Woods.

Regardless, his aggression and ferocity should not be ignored. One moment in last Sunday’s Western Sydney derby highlighted this.

As Campbell-Gillard steamed forward looking to crunch a dent in the blue and gold defensive line, Brown took it upon himself to meet him halfway. Not just meet him halfway – destroy him halfway. It wasn’t just the collision that rendered Brown a precious Origin commodity, but also the shades of lunacy that immediately followed as he shouted, shoved and urged his fellow charges into the contest. 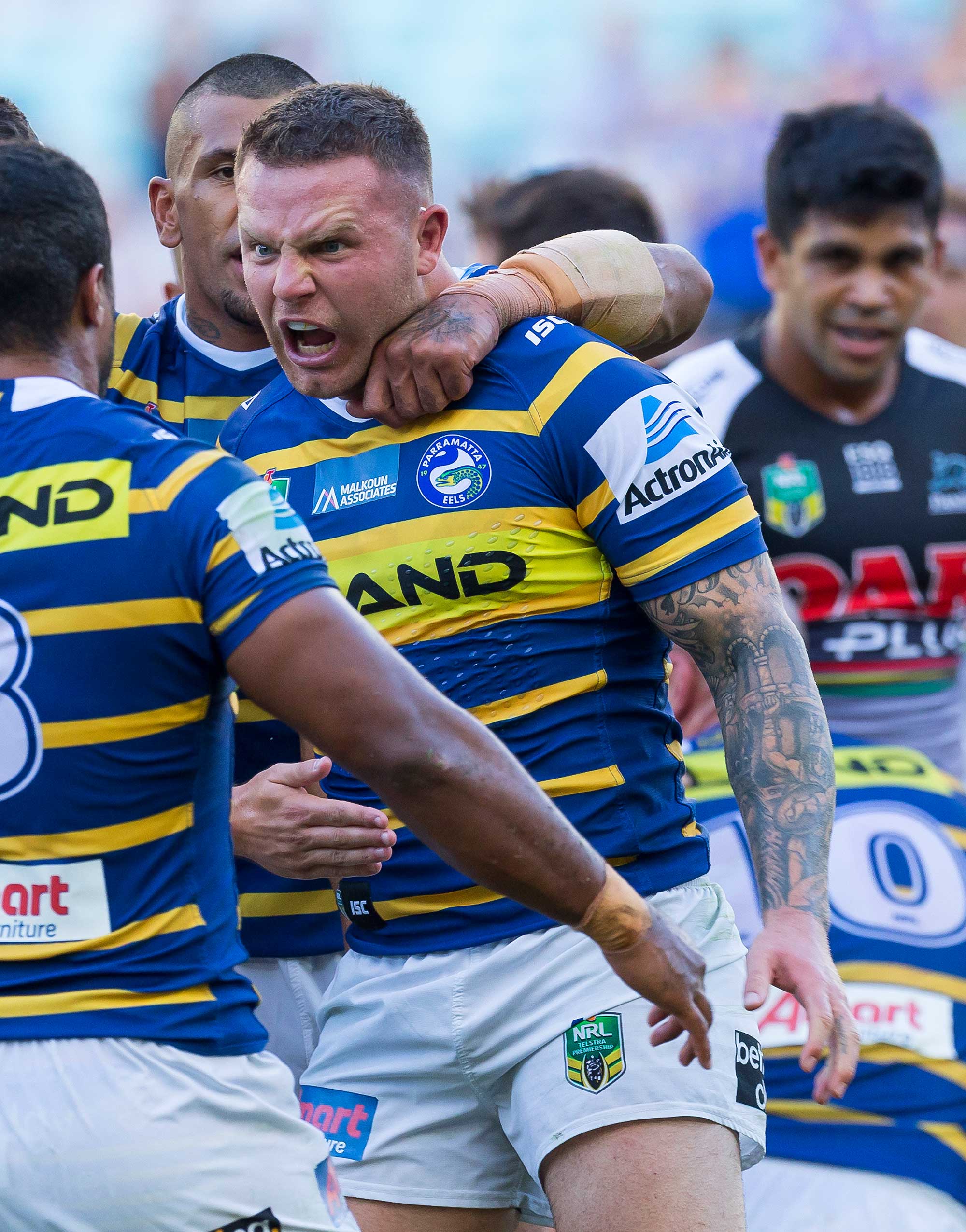 When Queensland switch to earthquake mode at Suncorp Stadium, looking to crush everything that stands before them, NSW could use a bit of that craziness.

De Belin also has a touch of ruthless brutality about him. The top knot is gone and in its place stands one of the most effective tackling techniques in the competition.

When it comes to technique however, the creme de la creme is Trbojevic. This man is a colossus who, alongside Boyd Cordner, will lead NSW well into the 2020s.

While all three of these men play in the number 13 for their clubs, that shouldn’t stop them from being selected as a trio come Game 1. De Belin could easily handle the starting front row, and Brown could be dynamite from the bench.

But it’s a tough sell.

Many will argue Paul Vaughan’s case, and rightly so – he’s a brilliant front rower who makes metres for fun and scores the odd try to boot. Similarly, RCG has made a seemingly irresistible case for selection. Aaron Woods? It just might be time to head in a different direction.

Alas, look forward to the new state of affairs south of the Tweed, one where brutal, versatile yet smaller middlemen are tasked with driving the Blues forward.

If not? Well, we all know Einstein’s definition of insanity.