So, as it turns out, predicting the first-round playoff series a week out was fraught with danger, and off the mark.

The gripping regular season finale saw Minnesota outlast Denver to give us our playoffs, so let’s rank the series in terms of entertainment value, from the boring to the must-see games.

A note – any statistics quoted in this article only consider post All Star games. Utah’s record with Jae Crowder is what counts, not how they did with Rodney Hood. And Portland’s late-season slump is more relevant than their early-season defensive excellence.

8. Cavaliers vs Pacers
LeBron James has never lost in the first round, and it won’t change here. The Cavs will take the opportunity to work in the newcomers against a budding Indiana team that might cause a nuisance, but that’s about it.

Cleveland’s defence has been sporadic at best; they rank second to last in defensive rating and third to last in three-point attempts allowed and percentage allowed, but that is unlikely to get exposed against a Pacers team that ranked 20th or worse in the NBA in both those statistics.

The Cavs have a surplus of frontcourt players with Tristan Thompson likely to be the odd one out, and you can bet that James will control, dominate and maybe even grow bored throughout stages of this series. Cleveland have bigger fish to fry, and while Victor Oladipo and Myles Turner are primed for bigger things during their career, this series will be as tedious and predictable as any. 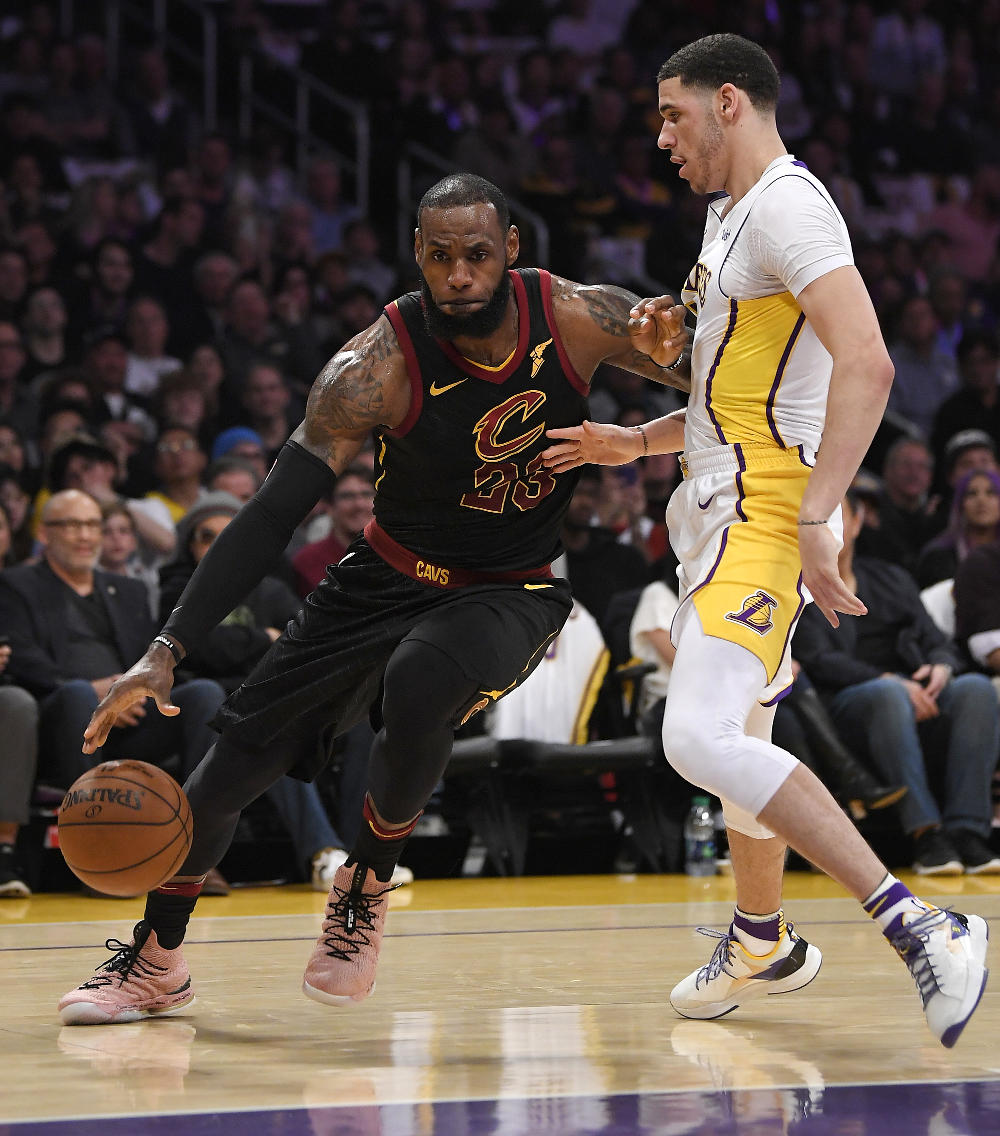 7. Warriors vs Spurs
Now, there is a disclaimer here – if Kawhi Leonard somehow plays, it jumps up into the top three. It is almost a year ago that Leonard’s basketball world came crashing down, a victim of a cowardly act.

But I digress; the Spurs play at a slow pace, do not shoot the three often or well, and simply don’t produce enough defensively. Granted, they will be well prepared and be very sound defensively against a Warriors side missing its best player, but they simply don’t have the firepower to compete here.

The basketball world deserves better than a series between these two teams without Leonard and Steph Curry, but that’s the hand that has been dealt and boredom is almost guaranteed. Golden State went out of their way to avoid Utah and Oklahoma City and it turned out well for them, unless Gregg Popovich has his greatest ever trick up his sleeve.

#6 – Celtics v Bucks
Boston have faced as much adversity as any team in recent memory, losing its prized recruit after five minutes and its best player for the season. All things being equal, this series should be terrifying for them as the Bucks have the best player in the series and a guy who seems primed for a post-season leap.

Their two best players are young, real young, and despite them having a significant coaching advantage (good work Milwaukee, fire Jason Kidd to bring in Joe Prunty who has brought absolutely nothing to the table) their below average turnover differential and the Bucks ability to force turnovers (they rank fourth in this area) means that this is likely to be a long series, which is bad news for a Boston side that will struggle to put the ball in the basket.

The interest in this series starts and ends with Giannis, and in seeing how Brad Stevens can turn this crew into an effective playoff outfit. 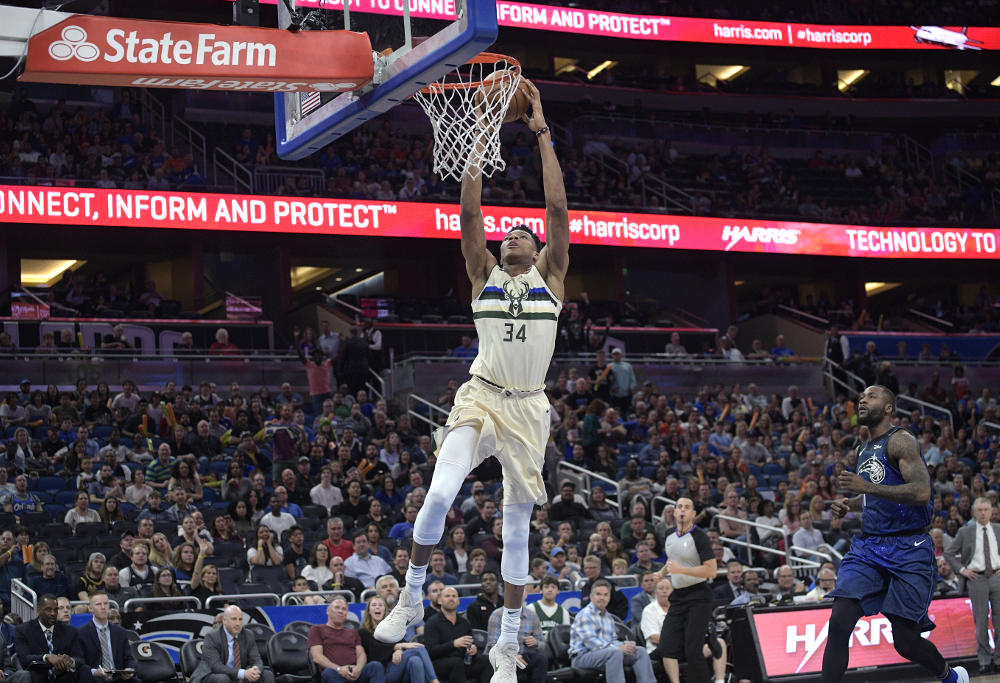 #5 – Rockets v Wolves
Houston fans glued to the TV would have been praying that the Nuggets won the season finale, as they would be looking at first round sweep in which they would have done nothing but run pick and rolls and barely raise a sweat. In Minnesota, they face an opponent who has two legitimate NBA superstars and a side that could cause match-up problems galore.

The Rockets are one of only two teams who rank in the top six since the All-Star break in offensive and defensive rating and rank #1 in three pointers made and opponent three-point percentage. They also rank sixth in rebounding differential, all while playing at a deliberately slow pace.

The loss of Luc Mbah a Moute is a huge loss, as his defensive versatility would be crucial against Jimmy Butler. Karl-Anthony Towns also presents a great challenge for the much-improved Clint Capela, but the Wolves will find it hard to play the game at their tempo – they rank eighth in offensive rating and concede the third-least turnovers, but it is difficult to see how they score enough to be competitive given they rank next to last among playoff teams in three pointers attempted.

#4 – Raptors v Wizards
Toronto made history, winning 59 games and securing the top seed in the East. Their reward is a match-up against an often dysfunctional, but arguably more talented #8 seed in Washington. John Wall and Bradley Beal match Kyle Lowry and DeMar DeRozan, and Otto Porter presents match-up problems at both ends of the floor.

Toronto’s much vaunted depth might actually be a problem come the post-season; rarely do teams successfully go ten players deep in the post-season meaning that some key contributors might find themselves on the outside looking in.

The Raptors success has been in their consistency across many areas; they rank in the top five in offensive rating, effective field goal percentage and opponent rebounding while also being elite in terms of their rebounding differential. The battle of the boards is key, as Washington rank second in opponent rebounding (Toronto are third), so both teams will be confident of holding the other to one shot.

The Raptors are marginally better defensively, but the Wizards rank second in three-point percentage and the Raptors rank 23rd in defending the outside shot. If Washington can control the boards, the playoff demons of season passed may end up rearing their ugly head in Canada. If the Wizards can split the first two games, this season will be anything but boring.

#3 – Pelicans v Blazers
Anthony Davis is an incredible basketballer who has been ravaged by injury, but he has been nothing short of incredible this season. Since DeMarcus Cousins went down, Davis has carried the Pelicans all the way to a very winnable playoff series. He is the best player on the court and that’s saying something when he looks across at Damian Lillard, who thrives under pressure.

This series is filled with quality, but the most intriguing character is Rajon Rondo. This guy has been an elite point guard for years and can still turn back the clock when the time is right, and could be a difference maker in this series. He will need to guard Lillard or McCollum, and could well do so with aplomb – the #8 seed Chicago Bulls had the Celtics on the ropes last season behind Rondo, so he can impact this series.

The Blazers live off a staple of rebounding and defence, hoping to keep games close enough for Lillard to take over come crunch time. They rank top six in rebounding totals and differential, turnovers committed and defensive rating but have slipped towards the end of the season.

Davis could shred Jusuf Nurkic defensively, which would expose Ed Davis and a very thin frontcourt. The Pelicans also rank top five in rebounding and defensive rating, but also second in pace. If they can control the boards and tempo, they stand an excellent chance to win. In any case, this series looks likely to be long and close, and (should) involve Davis winning his first ever playoff game and maybe even his first ever series! 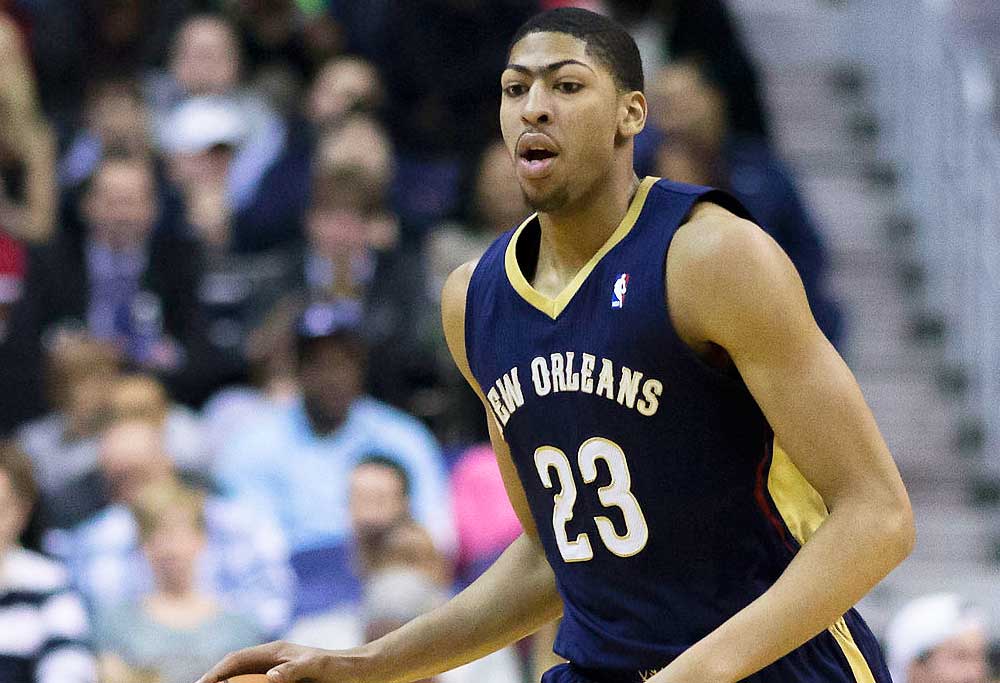 #2 – Thunder v Jazz
The Oklahoma City Thunder are polarising, frustrating and inconsistent but they are far from boring. Russell Westbrook chases triple-doubles and is the most intense NBA player of our generation, Paul George is arguably the best two-way player in the NBA and Steven Adams is its most underrated centre.

They are not deep, but they don’t need to be – a seven-man rotation will do them just fine when there are no back-to-backs and the pace slows.

The Utah Jazz are the story of the season for mine – they went from basket case to throwing out the best five-man line-up in the league in Ricky Rubio, Donovan Mitchell, Joe Ingles, Jae Crowder and Rudy Gobert.

The trade for Crowder was genius; we are talking about a versatile, passionate ‘3 and D’ guy who thrives under good coaches and in good schemes. He was excellent in Boston and looks the goods at Utah. He will guard George in this series, while Rubio will try to stay in front of Westbrook (good luck) and Adams and Gobert will goad, bait and cheap shot each other through seven long games.

Mitchell has been a rookie revelation, taking on every challenge and the Thunder have no-one to stop him unless Westbrook is engaged defensively, Home court advantage is not relevant in this series; this is two evenly matched teams headed for a series that will balance on a knife edge throughout.

The Jazz’s defensive prowess has been elite since the All-Star break – they rank first in both defensive rating and opponent rebounding and second in opponent three points percentage. Their opponents generally get one shot per offensive set, but the Thunder are above average defensively, in rebounding and in the number of three pointers they attempt.

They also force the third-most turnovers per game and play at a top ten pace; the contrasting styles will make for such an entertaining series. 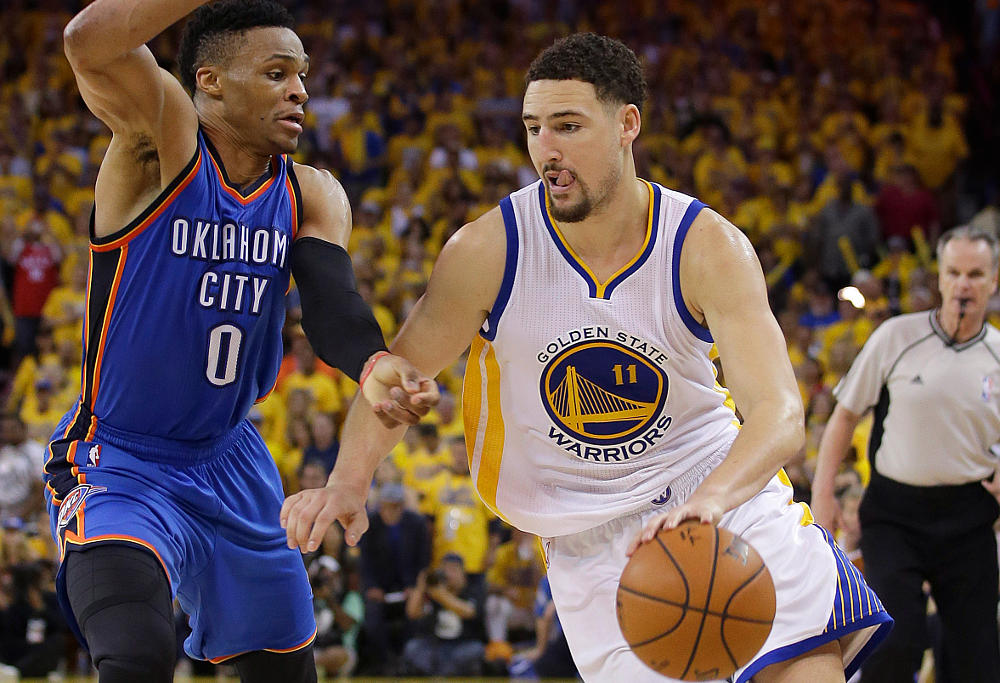 #1 – 76ers v Heat
Anyone who says they predicted the Philadelphia 76ers finishing as the #3 seed in the Eastern Conference is either lying, or a total homer. Behind the star duo of Joel Embiid and Ben Simmons, the 76ers have proven that #TheProcess is worth following and their teammates have contributed towards being the only side that ranks in the top five in both offensive and defensive ratings.

Add to that the fact that they lead the league in rebounding and rebounding differential, and rank third in pace and you can see that this is a franchise that has surrounded two once-in-a-generation talents with the right complementary pieces.

Simmons did not shoot a three-pointer in the entire season, yet had his way with opponents at every turn, controlling the game in such a laconic, yet dominating manner. And Embiid has a decent argument to be the MVP, ranking top five in defensive rating and impacting the game both inside and outside at both ends of the floor.

The Miami Heat have less star power than any other team in the playoffs save
for Indiana, but are coached by one of the very best in Eric Spoelstra and have a versatile, balanced side capable of causing Philadelphia issues at both ends of the floor. Goran Dragic will need to be the guy taking the big shot, but he is more than capable of doing so and will be surrounded by players able to switch defensively and more importantly shoot the three-pointer very well.

Miami’s defensive rating, ability to force turnovers and control the rebounds will translate well to the slowdown pace of the post-season, and therein lies the greatest intrigue of this series – Philadelphia will attempt to play at breakneck speed while Miami will force Simmons to shoot, and hope to grab every available rebound to keep the games as low-scoring as possible.

We haven’t seen anything like Simmons and Embiid in a long time, if ever, but they have never seen the pressure of the post-season. Miami are veteran, hardened and won’t be spooked by playing in front of a rabid Philadelphia crowd which makes for THE most entertaining series.