Let's celebrate the A-League for what it is, instead of complaining about what it isn't

There were 24 goals scored in an astonishing final A-League round – and we’d have missed seeing most of them if all games kicked off simultaneously.

How good will the finals be? It’s worth asking after a weekend of high drama that saw Brisbane snatch the last top six spot in the unlikeliest of circumstances.

When Adam Taggart gave Glory an early lead with a predatory lob, it looked like it was going to be another long night for the Roar.

Young is one of the A-League’s most interesting characters, but he was having one of his semi-regular shockers even before he gave away an inexplicable penalty for pushing Andy Keogh at a corner.

It looked like it would cost Aloisi’s team their season, only for the Roar’s cult hero to parry Diego Castro’s subsequent spot-kick in an enthralling 3-2 win.

And the weekend became a tale of two penalties when Oriol Riera’s miss in Western Sydney’s demoralising 3-2 loss to Adelaide United on Sunday ended up costing the Wanderers dearly.

He wasn’t helped by Keanu Baccus, who looked at first glance to have been harshly sent off following intervention from the VAR.

But a second angle showed what we originally missed – Baccus kicked Johan Absalonsen, with the Dane eventually going off injured – and Wanderers fans wondering where it all went wrong need look no further than that mindless dismissal.

Where to now for Josep Gombau? The Wanderers were unbeaten under interim coach Hayden Foxe, however the Spaniard rarely convinced after taking over from Foxe early in the campaign.

Do the Wanderers stick or twist now that they’ve missed the finals? Gombau may feel he deserves the chance to perform a major overhaul of his squad, but it remains to be seen whether Western Sydney gives him one.

The same could be said for Perth Glory. Kenny Lowe might be the most likeable coach in the A-League, but it hasn’t always helped him get the best out of his maddeningly inconsistent side.

And the Glory’s inability to transform themselves into a Western Australian juggernaut warrants further scrutiny.

Just as Perth’s season was coming to a shuddering halt, Crystal Palace were kicking off against their bitter rivals Brighton and Hove Albion in front of an absolutely rocking Selhurst Park.

Palace’s ramshackle, Archibald Leitch-designed stadium is perhaps the most idiosyncratic in the English Premier League, and in its current guise it holds just under 26,000 fans.

So it’s similar to nib Stadium. And Palace’s rivalry with Albion – borne of several controversial past meetings – is akin to the rivalry between Glory and the Roar.

What, then, is the difference between the two fixtures? Maybe the fact that fans in South London chose to turn up at Selhurst Park and watch in person, at the same time many fans in Perth flicked on their television to watch the same game, rather than head out to the venue? 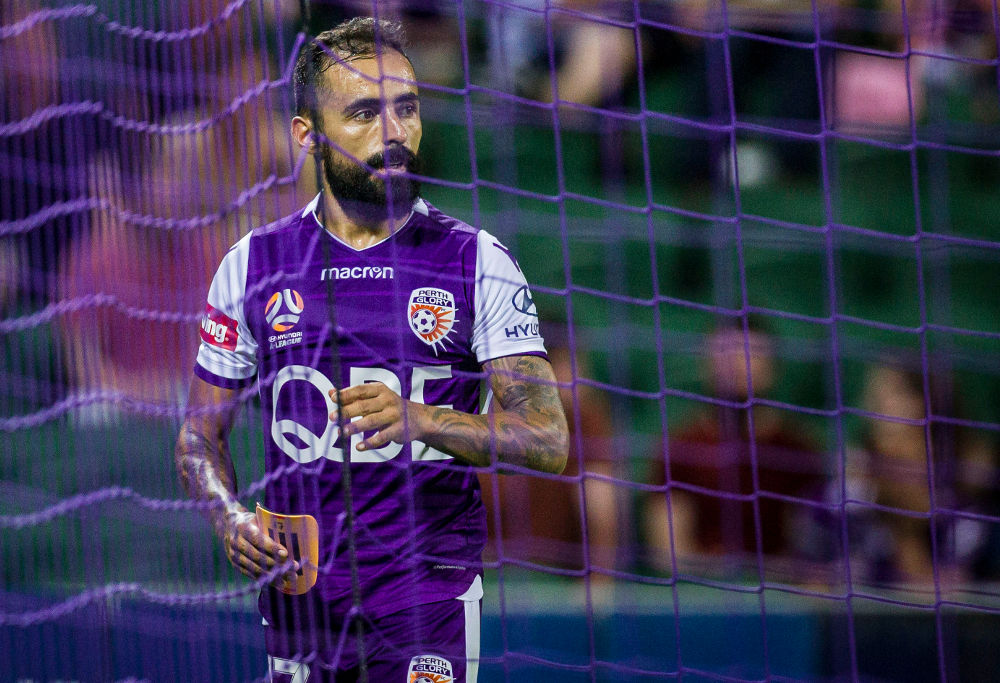 And until a few more football fans start caring about the A-League, we can look forward to the metrics looking as bad next season as they did this one.

Which is why the decision not to play all five Round 27 fixtures at the same time makes sense.

If you were Fox Sports and you’d recently shelled out $346 million to show the A-League for six seasons, why would you want to dilute your broadcast metrics by showing five of those games at the same time in one of the season’s key rounds?

It’s a bit like fans who continue to complain about the finals.

What they do overseas is irrelevant – simply because this is Australia, and we already have our own unique football culture.

So maybe it’s time to celebrate the A-League for what it is, instead of endlessly worrying about everything it isn’t.