Have we already forgotten about Sam Hinkie?

The Executive of the Year Award is strange. It takes a job with a strong long-term strategic focus and grades it against short-term outcomes.

Of course these are not mutually exclusive, and good execs will be proficient at thinking and acting in the interests of both the long and short term. However, Rome was not built in a day.

Here are some of our leading candidates for the 2018 award.

Dell Demps traded for Nikola Mirotic the day after Demarcus Cousins went down, a move that breathed life into a desperate franchise finally tasting playoff success.

Daryl Morey took a huge risk and traded his entire war chest of assets for Chris Paul and took his franchise’s elite offence to historic levels.

Danny Ainge secured Gordon Hayward in free agency, traded away a crippled Isaiah Thomas for the (then) healthy and willing Kyrie Irving, traded down in the draft and still got his man, Jayson Tatum, in addition to another first rounder.

Kevin Pritchard at Indiana traded away a disgruntled Paul George for Victor Oladipo and Domantas Sabonis, in what was at the time considered highway robbery, but actually turned out to be one of the moves of the summer.

Some of these moves will have a lasting impact on the league, and some may be forgotten in six months’ time.

But how should we think about these moves when we are considering our candidates for Executive of the Year? Well first, what is the objective of any NBA executive?

Let’s be romantic here and assume every executive’s goal is to win an NBA Championship (we know that this isn’t entirely true, and while on court performance plays a huge role in a team’s overall success, factors such as financial performance, team perception etc dictate the freedom with which executives can pursue their goal of attaining a title).

So if every GM is trying to win a title, which GM has done that best? The one who set his or her team up for sustained success or the one who made the moves to put their team over the top right now.

Well here is a radical idea for you. Why not consider both? Consider a GM’s history, the moves he or she has made to get their team to this point. Not all moves made today will have an impact immediately, they may instead shape the franchise and the league for years to come.

So now the question becomes, which exec, through sustained excellence, has put his team in the best position to win a title in the present year and in the future? For me, this is how we should be grading our GMs.

It aligns better with their actual jobs and gives credit to GMs like RC Buford who drafted Kawhi Leonard 15th overall and set his franchise up for success beyond the Tim Duncan era.

So who should win the award this year? Well, the answer is simple, Sam Hinkie.

No NBA exec has had more influence over the league this year and most likely for the next ten years than Hinkie. He may no longer be an NBA exec and the league would rather sanction resting than reward the process, however, the cause and effect of the process cannot be denied.

While he was not afforded the decency to reap the fruits of his labours, there is no doubt in my mind that the 76ers would not be a 52 win, third seed, led by a rookie and a second-year player without the process. 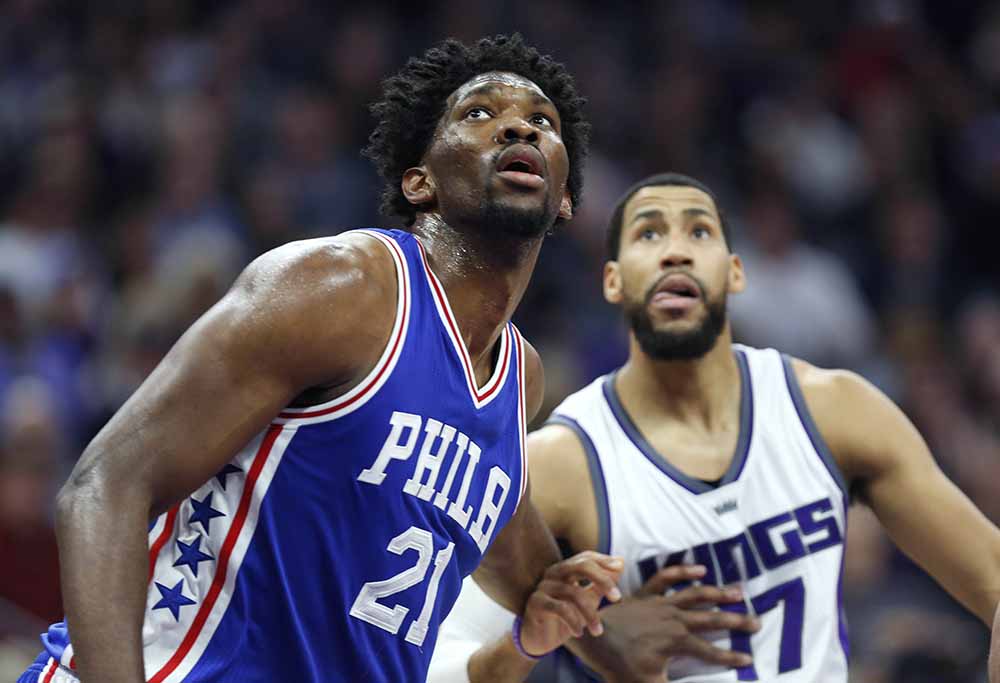 This is a team with potentially a decade of 50 win seasons and finals appearances ahead of them. Golden State and Philadelphia are the only two teams in the league I can say with absolute certainty that will feature in an NBA finals between now and 2030 (Boston are close and so too are the Rockets).

Yes, Bryan Colangelo made some shrewd off-season and mid-season moves that have been invaluable to the success of the 2018 76ers season. But it was Hinkie who came up with a strategy that he believed would build a dynasty.

Hinkie had the guts to do the unthinkable. It cannot be understated how radical and frankly outrageous the process was.

The easy option would have been to re-tool, go back for another round with all-star Holiday and a bunch of serviceable role players. Potentially flirt with home court advantage in the first round.

Maybe you get lucky in the draft with a pick in the late teens and snag a future All-Star or you land one in free agency. Instead, Hinkie gamed the system and crafted what he thought was a surefire approach to acquiring talent. And in 2018 we have seen that it works.

Without Hinkie, there is no core of Embiid, Simmons, Saric and Covington. There is no promising but confusing rookie in Fultz. We can only speculate as to where the Sixers would be without the process, however, we know where the process has got them now and we have a pretty clear picture of where the process will take them next.

Hinkie wanted to build a championship team and while there is still a long way to go, there is no doubt the 76ers are closer than any young team to getting there.

What an eventful week in the NBA. Arguably the biggest trade in years occurred this week in the James Harden trade, one that has sent ripples across the rest of the league. However, that is not all that has occurred. From players falling out with their teams much like Harden did, to the effects of […]