Andrew Bogut is the biggest ever signing for Australian hoops

It’s official. One of Australia’s best ever basketball players and former number one NBA draft pick Andrew Bogut has been signed by the Sydney Kings.

Yes, you read that right.

Andrew Bogut, the man who has spent a decade in the best league on the planet is set to play in the NBL under another of Australia’s best, Sydney coach Andrew Gaze.

Even better? It’s not one, but two years. A two-season contract for Bogut to potentially – and if he stays fit then he will – absolutely dominate the league. The details also show he is done with the NBA, announcing his retirement at a press conference on Tuesday morning and saying it was always a matter of ‘when’ not ‘if’ he came back to the league.

It’s a dream for the league, a dream for the sport and could keep the revival going which has started to once again make basketball become a ticket item in the harbour city, while increasing the value of the league right around the country.

It’s always been thought that if the NBL has a decent presence in both Sydney and Melbourne, it’ll be a strong league.

The reaction has been a mixed one from fans around the country. There have been those claiming he is ‘past it,’ or ‘not worth what’s being invested,’ for example, but allow me to reassure you such arguments are rubbish.

Bogut was still holding his own – to an extent – in the NBA. He was picked up by the Cleveland Cavaliers last season in their run for the championship because of his defence and rebounding ability. While that lasted all of about 20 seconds before he was injured, the long-time Boomers centre has all the tools to be the NBL’s best player.

Before his injury though, he more than held his own. If that was the NBA, he will rip the NBL to shreds. Playing on the end of two former MVP winners in Kevin Lisch and Jerome Randle, and with no centres anywhere near his league (outside of Melbourne United import Josh Boone), there are going to be some major mismatches across the competition. 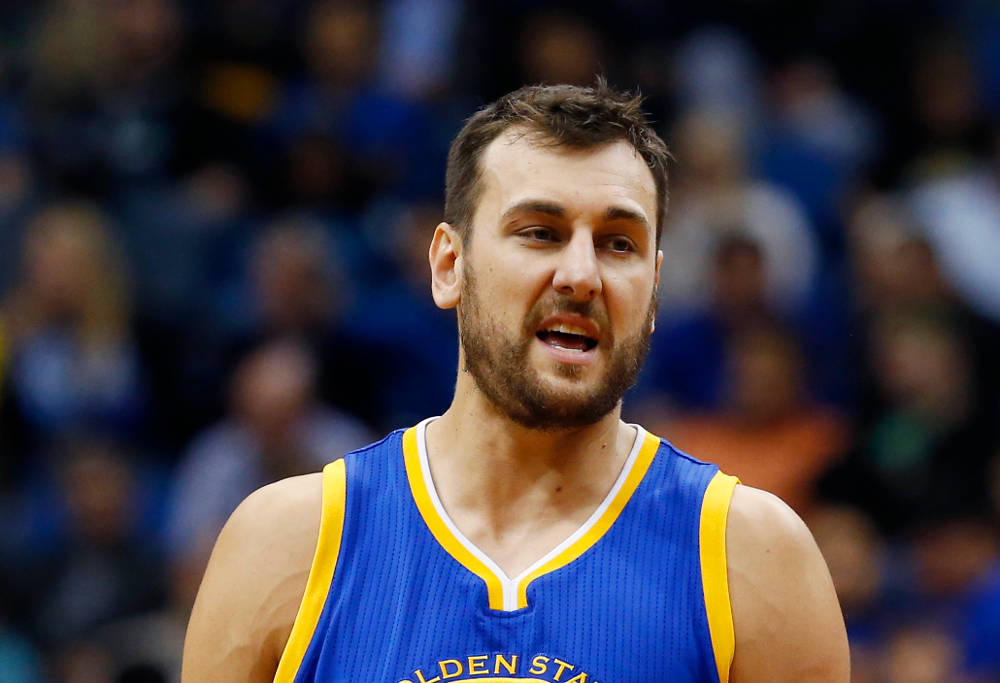 While there are no problems with crowds in places like Perth and Melbourne, who both regularly filled their buildings during the year, Sydney are a team who have struggled for two seasons straight under Andrew Gaze, missing the finals on both occasions.

His basketball IQ and talent on the floor should drag the team along with him and if he can stay fit, then anything less than a championship for Sydney won’t be good enough.

Crowds in Sydney love to get behind a winner, so even after the initial euphoria of signing Bogut wears off, crowds should still be on an upward trend with the Kings simply having no excuses not to be at the pointy end of the competition.

But moving away from what the signing does for Sydney’s championship hopes, the league is going to be benefited in a big way by the coup of having one of Australia’s most recognisable sporting faces on the floor.

Bogut is a genuine big name and has the power to draw in casual fans to a competition which, while improving in both attendances and ratings, should use all the help they can get their hands on to continue that surge forward.

Records were achieved last year by the league, but they will aim to continue pushing forward this year.

Getting a big TV deal on free-to-air is a must. The Australian sports landscape, with reference to TV and which networks are broadcasting what is in an intriguing place right now.

With the tennis going to Nine, the cricket going to Seven and both Nine and Ten having absolutely no live sport this summer (with the exception of one A-League game per week for the latter), the NBL could become a ticket item.

The increasing interest in the league year-on-year is only going to continue its upward trend. Australia have plenty of players in the NBA right now, and with the Boomers a genuine medal chance at the 2020 Tokyo Olympics, the NBL must strike now.

There has been chatter that the NBL will strike a partnership with Basketball Australia to package free-to-air basketball rights with the upcoming Australia and USA games to be played at Etihad Stadium in the lead up to the 2019 World Cup.

Getting games on free-to-air and capitalising on the momentum built by the signature of Bogut, as well as the increased quality of the league, is a must.

Fox Sports may not be in a position to continue giving the NBL the exposure it’s had in recent years either, given their acquisition of cricket.

While the league won’t be the money spinner other sports are, it’s hard to argue it’s not worth having, given the reported losses of cricket and the money shelled on that. Both Nine and Ten will have big budgets to spend on very little content one would imagine.

At any rate, basketball in Australia is not all that far from overtaking the A-League. Their first elimination final last Friday attracted under 8,000 fans despite no other sport being on in Melbourne.

Meanwhile, across town, United almost averaged five figures during the regular season before getting sell-outs in their four home finals games at Hisense Arena.

While you have to look further than Melbourne, crowds are going to be up this year around the country. Bogut will play two games against every team away from home, and you can bet the Kings are going to be playing in front of full houses more often than not.

Bogut has stated he is here to win games and not sell tickets though, despite the fact the first will feed the other at home and Bogut playing well will draw longevity in his support around the country, rather than it being a fad and fading off.

The A-League has struggled for crowds and ratings all season, and with cricket seeming to fade outside of Ashes summers, the NBL has the summer there for the taking, to an extent.

It’s never going to overtake cricket, but with football’s struggles, they should be aiming to become the number two sport in Australia’s summers.

It could be a long-term gain for Aussie hoops as well, with Bogut stating in his press conference that other Aussie-NBA players had already texted him saying they could well do the same thing at the end of their careers in the States.

Whatever the case, it’s exciting times ahead for the sport of basketball in Australia.

An article in The Australian this week praised the Sydney Kings and the NBL for getting a record-breaking crowd of 17,514 to the Sydney Superdome on Sunday.

Will Weaver believes word is getting out about the Sydney Kings.

With the Sydney Kings absolutely soaring in the NBL, we had the opportunity to speak with superstar player Casper Ware – thanks to Call of Duty: Modern Warfare.