Sport is not war, but it helps us remember and reflect

Unlike a lot of people who will have written an Anzac Day column for today, I haven’t lost a family member in a war.

I’m not like Dylan Napa or Mark Geyer, whose grandfathers served, or Ron Barassi, the Australian Rules icon whose father was killed in World War Two.

There’s many of us who haven’t been directly impacted by war. But I’d hope we know how important it is to understand where we’ve come from and how we’ve been shaped as a nation – warts and all.

Almost 103,000 Australians have died while serving. In the First World War, 61,532 Australian soldiers were killed, about one in every five troops who went over.

In World War Two almost 40,000 Australians died, ten thousand more than you can fit into the stadium for tonight’s Melbourne vs New Zealand game. Almost twice as many as that number were wounded.

I’ve been to the French town of Villers-Bretonneux and I’ve seen the fields where some of the bloodiest fighting of World War One took place. It’s a beautiful place with an eerie feeling, knowing what happened and the sheer loss of life from all sides.

I saw the primary school in town, Ecole Victoria, where there’s a museum and memorial for the 1200 Australian troops who died liberating the village from the Germans in 1918.

The school had been destroyed in the fighting and was rebuilt by troops. It carries a plaque and a banner in the playground – “N’oublions jamais l’Australie” – Never forget Australia.

It’s an insult to former and current Diggers to compare sport of any kind to war. We all know that. Thankfully over the last few years, we’ve seen less and less of the dramatic comparisons between athletes and soldiers.

Sports fans, broadcasters and writers have started to cotton on to the fact that footballers don’t ‘pay the ultimate price’, they don’t ‘go to war’, they don’t fight side by side ‘in the trenches’.

Sure, there’s sacrifice and comradeship in their team environment, but it’s no comparison to the life of a soldier.

It doesn’t sit quite right with me that teams across the NRL, AFL and Super Rugby at some point of the season run out in a commemorative Anzac branded jersey, yours for only $160, with some teams sending an undisclosed ‘portion’ of that cash to the RSL or another charity.

It also doesn’t sit quite right with me that some suburban rugby league and Aussie rules teams also wear commemorative Anzac jerseys.

It most definitely doesn’t sit right with me that the AFL have decided to play an ‘Anzac eve’ game, but I guess it’s good for them, their broadcasters and their sponsors.

But I’m not blind to the reality that sport’s hold over Australia gives it a unique opportunity to remind us what we can be grateful and thankful for – and if at the same time it can raise money and awareness for issues like better mental health support for returned soldiers, I suppose that’s all the better.

As the past grows dimmer it’s easy for us to lose the perspective of what happened in the two world wars and subsequent theatres like Vietnam and Afghanistan.

And that’s where an Anzac Day match makes a difference. Games are watched by more eyes than usual and the pre-match ceremonies, both in broadcasts and on the field, are important channels for driving home the importance of recognising our past and celebrating those who are willing to do things that few others would even consider. 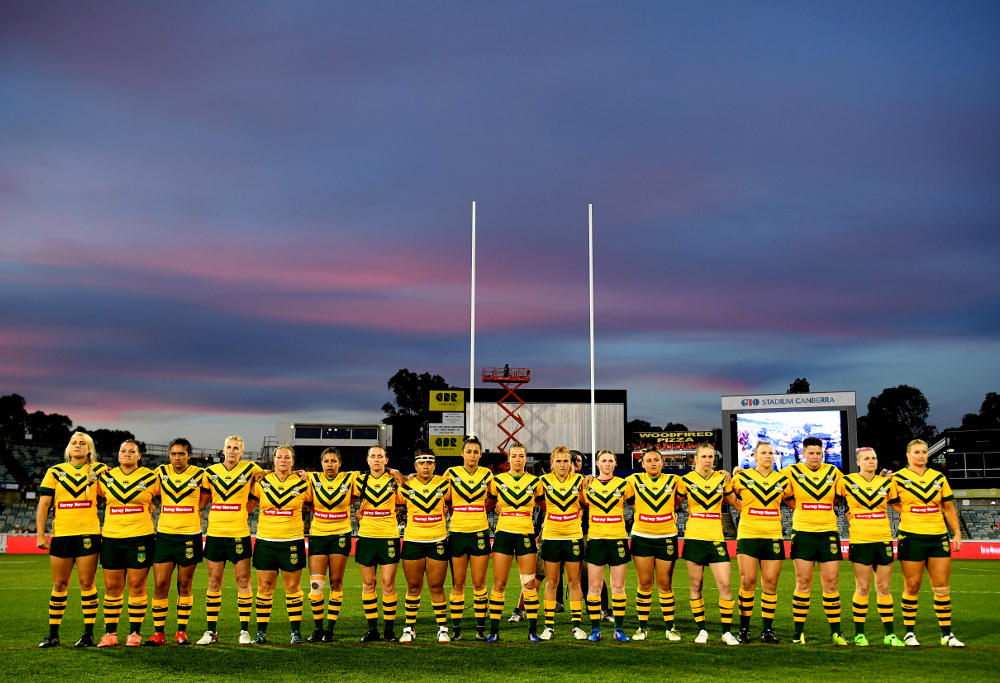 I’m hardly the flag-waving patriot type and it would be hypocritical of me to act otherwise. The safer we’ve been as a community, the more blasé we’ve tended to get about things.

But whatever you think of Australia, war, the army, the Anzac story or all things military, today is a day which is about something bigger than us, bigger than a game of rugby league (or the Aussie rules down the road).

There’s going to be thousands of people in the stands in Sydney and Melbourne who have lived a life free of conflict, with no concept of the sacrifices made and the impact war has had on Australian history.

We all live pretty decent lives, going about whatever it is we do with no real worries.

It has been encouraging in the lead up to today’s games to see that the NRL and the four teams involved understand their debt to history and their role in helping people take a moment to reflect.

Before two cracking matches get underway today, I hope we can take the opportunity for a quiet moment of our own.

It came after he did the polite thing and handed Adam Reynolds a drink. 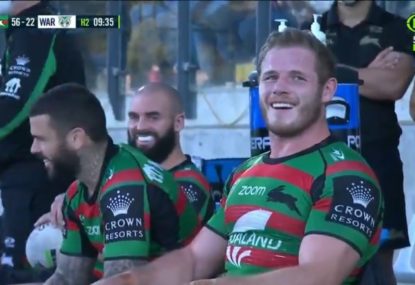 The commentators were forgiving for the post-try contact, calling it completely accidental. 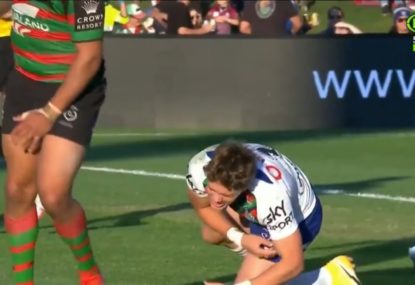 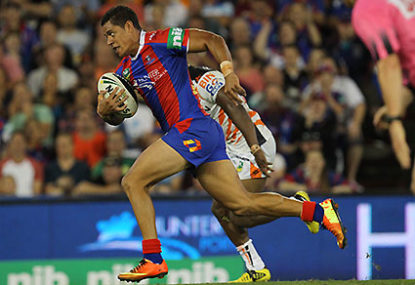 Will injury stop Alex Johnston from breaking the try-scoring record?

Alex Johnston’s shot at try-scoring history will rest on his right hamstring after the South Sydney winger’s hot run of 15 four-pointers in six games was interrupted by injury. 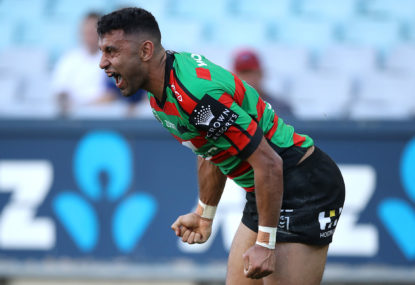 Will injury stop Alex Johnston from breaking the try-scoring record?

Wayne Bennett expects Jai Arrow to learn “an invaluable lesson” from his COVID-19 bubble breach that will cost the Queensland forward $50,000. 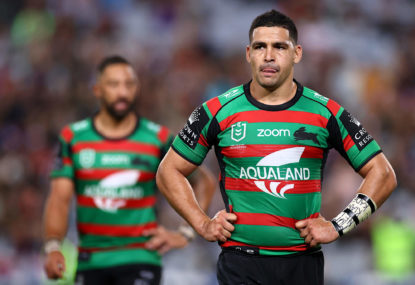