Andrew Bogut’s NBL homecoming, coupled with Ben Simmons’ ascension to NBA superstardom looms as the catalyst for men’s basketball to finally reclaim a seat at the big table of Australian sport.

That it comes at a time – as previously detailed in this column, when Australian basketball’s biggest seasonal competitors, in cricket and football, are at low ebbs has the local hoops stars aligned.

The holy trinity of an international sport in this country has always been a healthy local competition, Australian exports excelling in the world’s best leagues and a successful national team.

Bogut’s decision to join the Sydney Kings will go a long way to ensuring the first leg.

For don’t let the big man’s injury history fool you.

Bogut is only two years removed from being a key piece of the Golden State Warriors team that broke the NBA’s regular season wins record, having helped the Warriors clinch an NBA championship a year earlier.

While his skill set may not translate to nightly NBL highlight reel material, Bogut’s forthright personality – and active social media presence – will more than compensate.

This for a competition already being artfully managed by owner Larry Kestelman.

The buzz surrounding last year’s historic exhibition games between NBL and NBA teams in the US, bumper attendance figures and a headline-grabbing NBL finals series all speak to a local game in good health.

But it’s the NBL’s potential for growth, and Kestelman’s apparent ability to mine it, that would be making its competitors more than a little queasy.

After all, this is a league with a golden opportunity to increasingly lure pre-NBA draft talent amidst the player payment crisis currently engulfing US college basketball, together with homegrown NBA stars – like Bogut – entering the twilight of their careers.

Not to mention the sleeping giant that is potential AFL club investment in NBL teams in line with the European model, which could transform the game as we know it.

Viewed through the lens of a sport that has always boasted sound fundamentals – prime among them healthy grassroots participation and a lack of geographical and cultural constraints – the outlook is bright.

Domestic considerations aside, this country has always revelled in its sports stars shining on the world’s biggest stages.

And that’s where Simmons comes in. 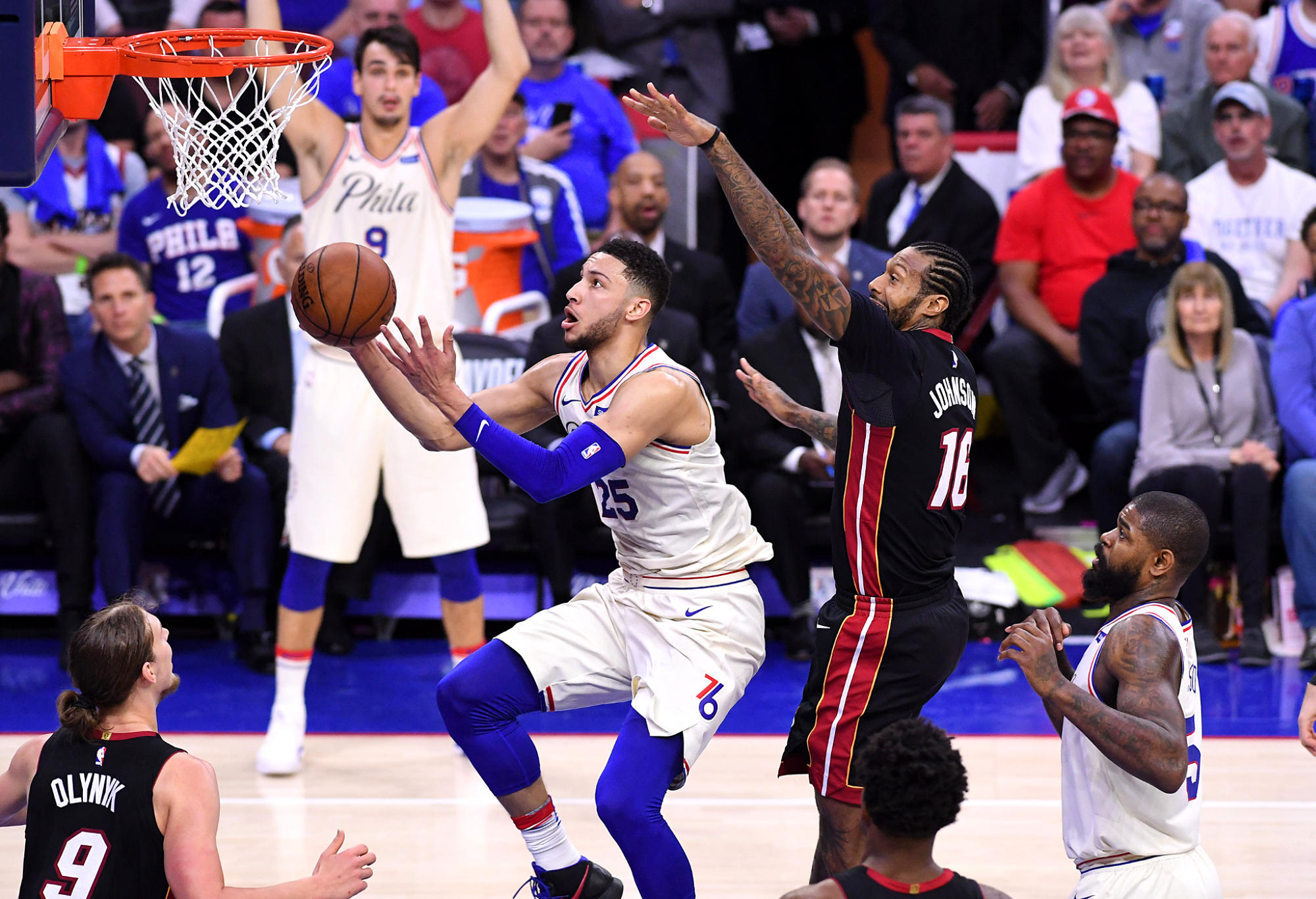 In a sport where the NBA is king, Simmons meteoric rise as frontman of a dynamic young – and second-round playoff-bound – Philadelphia 76ers team has been extraordinary.

My previous column on Simmons was framed in terms of him being on the cusp of the NBA big time and that’s the kicker…he has already arrived.

Simmons’ sublime recent playoff performances – complete with the first playoff triple-double by a rookie since Magic Johnson in 1980 – have placed him firmly among the NBA’s elite and captured local headlines in the process.

If Australian sports fans need only one reason to follow Simmons, it’s that their kids will soon be asking about him.

That Simmons headlines a group of homegrown products competing at the pointy end of the NBA season – including evergreen Patty Mills and Utah Jazz favourite, Joe Ingles – should scratch this country’s itch for local kids making good where the lights shine brightest.

It also threatens to deliver what looms as the ultimate coming-out party for Australian men’s basketball, a first Olympic medal for the Boomers at Tokyo 2020.

For make no mistake, the hoopla surrounding a successful Olympic campaign watched by a captive national audience would smash any last remnants of men’s basketball’s glass ceiling in this country.

With Simmons entering his prime and a core of solid NBA-hardened veterans, the Boomers’ chances in Tokyo will likely be defined by the progression of its emerging young supporting cast.

Neither Simmons, Maker nor Exum would likely be able to recall the 1990s glory days of Australian men’s basketball.

Nostalgia for this heady period has fuelled desire for a second coming.

That the impending incarnation promises to eclipse its predecessor, both in terms of hype and sustainability, means this country’s long-unfulfilled hoop dreams may soon be realised.