Refs vs coaches: Who is winning?

I don’t think the NRL’s referees are beyond criticism, but I don’t like the childish ‘that decision cost us the game’ attitude of some fans, particularly when they cherrypick one moment and ignore the other 79 minutes of the game.

While there are a few detractors of the crackdown the referees have started in 2018, the enforcement of long-standing rules has been generally well received.

This was always going to be a battle of wills between referees and the coaches, and it looks as though the referees are starting to waiver in their resolve and the coaches are getting on top.

The first 15 minutes of the traditional Roosters vs Dragons game on Anzac day were absolutely gripping. St George Illawarra scored a sensational try after just 61 seconds. After that, it was a great battle, with the Roosters slowly gaining the ascendency with more ball and territory.

Then the game stopped flat as the Dragons started spoiler tactics in their own 20. Off the back of defensive scrums, twice Jack de Belin lay all over the attacker on the first tackle to deliberately give away a penalty so his side could reset their defensive line. Farcically, the referees failed to give a penalty on one occasion, so the Red V had to hold down longer and more blatantly on tackle two.

The Dragons pack are dominating their opposition, but they’re also masters of slowing down the play the ball. De Belin, Tyson Frizell, Tariq Sims and Paul Vaughan, in particular, position themselves as the other defenders peel off the tackle, then use their upper body strength to keep the attacking player pinned to the ground.

The players do release when the ref makes the call, so while they’re pushing the rules to their absolute limit, they’re technically not breaking them. This isn’t necessarily about the Dragons doing anything wrong but with the way the game is officiated.

By the time ref feels he needs to call release, the tackle has already gone on too long, the attack has been sufficiently delayed, and the defensive line has had time to set. It completely kills the game’s momentum and energy.

I know Dragons fans will be saying, “but we only gave away three penalties in that period”. True, but the problem is that the refs allow it to happen for multiple sets before they blow a penalty, and allow multiple penalties before they consider using the sin bin.

While we’re celebrating the use of the sin bin for professional fouls, there is set after set where the play is slowed to a snail’s pace before any action is taken. This is supposed to be a crackdown.

The coaches are winning. 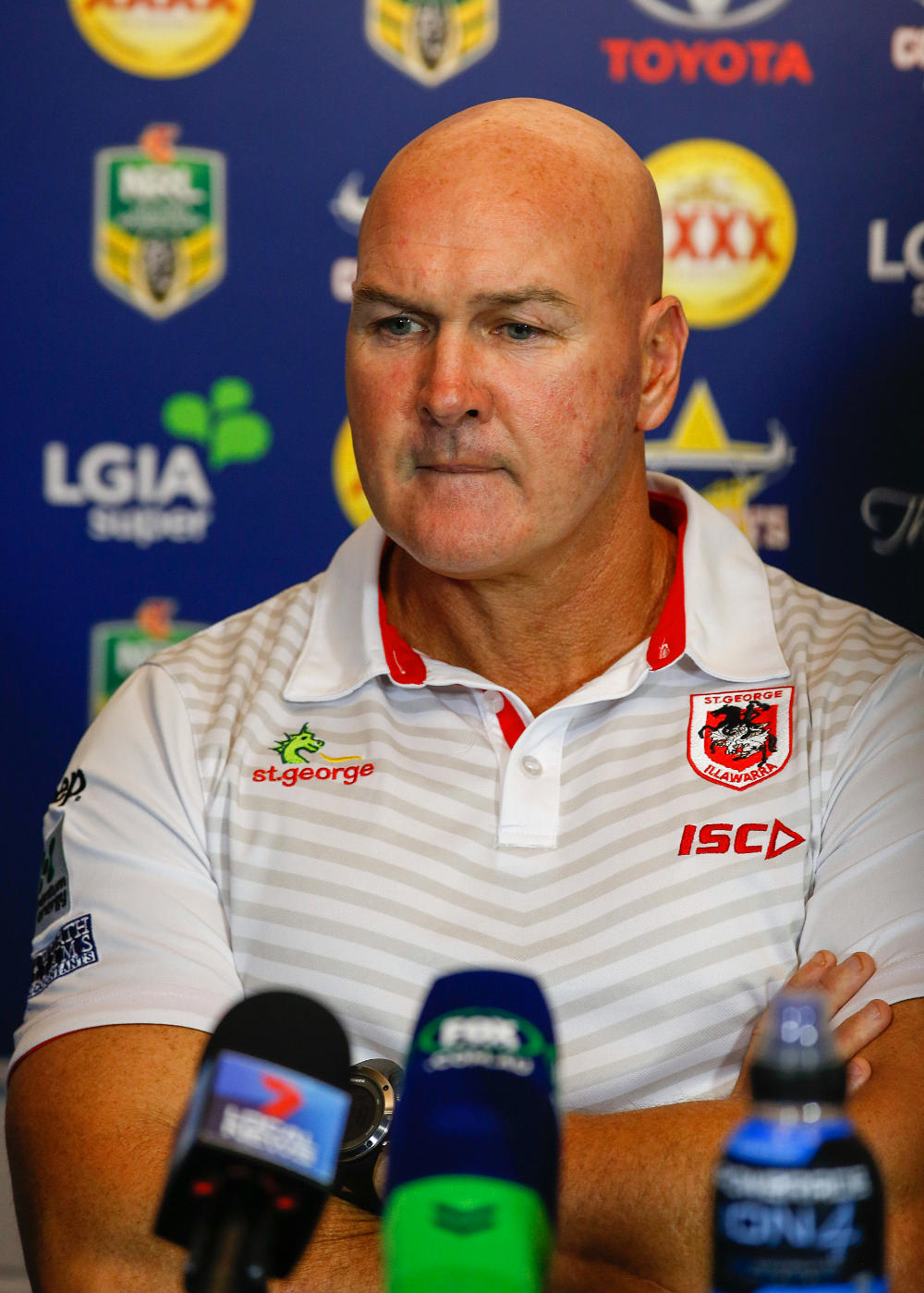 This isn’t the refs’ fault. This didn’t cost the Roosters the game. The Dragons dominated and absolutely deserved their victory.

The Dragons are far from the only team playing this way too – although Wednesday’s game was possibly the most blatant example I’ve seen this season.

I attended the dour Bulldogs vs Roosters Round 7 game at ANZ, in which the Roosters’ defence was consistently offside. I watched a replay of the game (sucker for punishment) and it doesn’t really show up on television, it just looked like the Roosters had good line speed and were out-enthusing their opposition. But play after play, set after set, the Roosters were standing well in front of the referee.

To the referee’s credit, they actually penalised the Roosters several times for offside, but the penalties come once every three or four sets. With six plays per set, it’s up to 24 instances where the defensive line is offside before action is taken. That seems an acceptable risk for a coach.

The other thing I noticed is that once they’d get pinged, the Tricolours would be good for a set or two getting back onside, but they’d start breaking the line early, so the effect was the same. It was too coordinated to be anything but a deliberate tactic. Then they’d start creeping offside again.

The refs are painted into a corner. Penalties are their only way out. To officiate properly they’d need to blow the pea out of the whistle and they’re already copping a pasting.

The coaches are winning.

This isn’t a ref’s fault. The Bulldogs attack was less than ordinary that night. They had enough ball and territory, particularly in the first 20 minutes of the second half, to win five games. They just weren’t good enough.

Then we get onto the interpretations the refs are trying to create.

Nene MacDonald may have had the fingernail of his little finger still in contact with the ball, but that isn’t really relevant. What is relevant is that while trying to ground the ball, he lost control of it, never regained control, and dropped it over the line despite the presence of that fingernail.

But the refs try to create a black-and-white interpretation. They consider separation more important than control because it’s less subjective. But the end result is we get decisions like this, where anyone with more than five minutes watching the game knows it’s wrong but technically correct by the interpretation.

Obstructions are determined the same way. A set of criteria allows the refs to make ‘objective’ decisions, completely ignoring critical factors like whether the defender would have been able to prevent the try or whether the defensive line was interrupted as a result of the obstruction. The end result is we get tries disallowed that, from a football perspective, are fair but fall down on referee-designed criteria.

The end result of all of this is we’re ending up with a game that’s moving further away from what we know as rugby league.