After a difficult season, the A-League is set for an unforgettable finale

So the Newcastle Jets will host Melbourne Victory in the decider and the question must be asked: was that the best weekend we’ve ever seen in the A-League?

After a season to forget, the A-League has produced a finals series to remember.

And there are barely enough superlatives to describe a couple of crazy semi-finals.

Lets start from the beginning. First things first, congratulations to Ernie Merrick and his Newcastle Jets on their come-from-behind 2-1 win over Melbourne City.

Merrick, the taciturn Scotsman with the rapier-like wit, is often the forgotten man of the A-League.

It seems to suit him down to the ground, and he’s done a monumental job in steering a side that finished dead last on the ladder last season into next Saturday’s championship showdown.

Congratulations, too, to Football Federation Australia – who probably didn’t expect the grand final to be hosted in Newcastle, but who confidently proclaimed that the decider would take place at McDonald Jones Stadium on Saturday night.

Last night FFA revealed the entire allocation of tickets given to Newcastle Jets members had already been sold, meaning some 20,000 tickets were snapped up within just six hours.

The game will be restlessly sold out on the night.

It will draw a similar-sized crowd to the 2015 grand final at AAMI Park, and for those who regrettably miss out on tickets in the general sale, there’s a lesson here too. Become a club member.

How about Riley McGree’s goal? I don’t think it was deliberate, but that’s really beside the point.

Because whether or not the on-loan Club Brugge midfielder actually meant to scorpion-kick the ball over his head and straight into the top corner, the fact is it was one of the most outrageous goals ever seen anywhere in world football.

Plenty of others certainly thought so. FIFA uploaded it to their Twitter account, where it racked up 1.5 million views within a matter of hours.

It’s those kind of metrics that make football the world game.

And McGree’s strike will undoubtedly be one of the first nominated for the Puskas Award for the ‘most beautiful’ goal of the year. 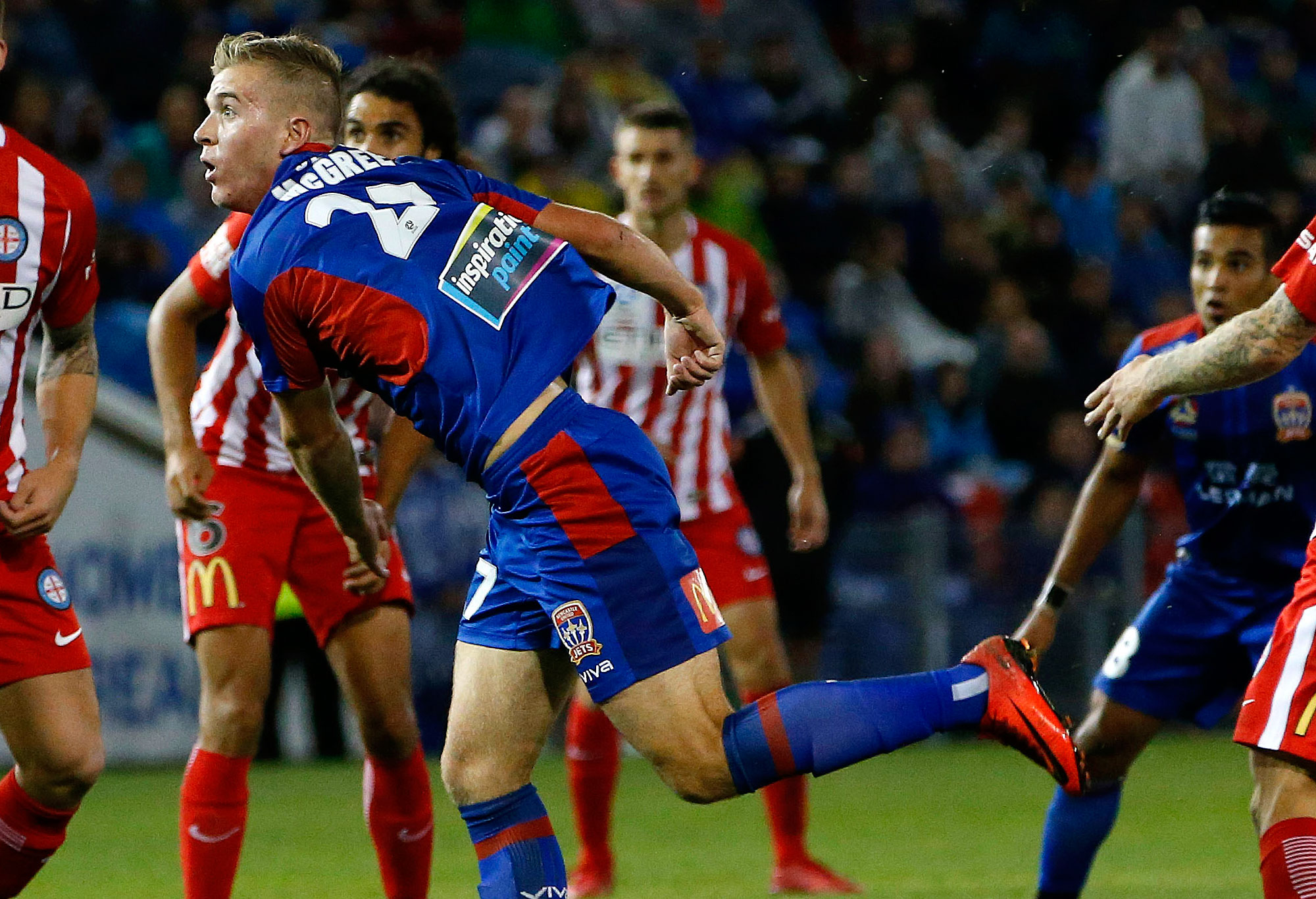 Let’s also raise a glass to Jason Hoffman, who butchered a handful of chances but still kept his head to convert the one that counted and send the Jets into the decider. Fabulous stuff.

Then, just when you thought the A-League couldn’t possibly produce any more drama, Melbourne Victory go and end Sydney FC’s season in the most dramatic circumstances imaginable.

What’s that, Victory fans? It doesn’t count because you’re all Euro-obsessed purists who insist the best team in the competition is the one that finishes first past the post?

Didn’t think so. And the truth is that for all their dominance this season, no one will be talking about Sydney FC come the full-time whistle next weekend.

However, there was plenty of talk about Terry Antonis and the fortitude he showed to bounce back from that calamitous own goal.

It just had to be Antonis. When he hooked Adrian Mierzejewski’s cross into his own net with what was literally the last kick of the game, it could have consumed him.

But the one-time Sydney FC midfielder silenced the critics and produced the ultimate redemption story with a lung-busting run in extra-time to fire home the winner via a deflection off Alex Wilkinson.

And his tears said everything about the emotion of the occasion.

Less impressive was Victory assistant coaches Jean-Paul de Marigny and Dean Anastasiadis being sent to the stands for running onto the pitch and confronting David Carney.

It was crazy stuff, and the duo were last night handed a four-match ban by the Match Review Panel.

Better news was the impressive TV ratings across both Fox Sports and One for the game – said at some points to have peaked at more than 300,000.

It was a simply unforgettable weekend of A-League action. And with any luck, the best is yet to come.