Don’t let ugly football distract you from what’s important: the AFL is as competitive as ever

This is going to be the week that we are forced to dredge up the most mundane of all football talking points: the state of the game.

It is not something that is unique to Australian rules football. Fans, media and administrators in all Australian sports have a fascination with the look and feel of their games; the NRL CEO launched a social media campaign earlier this year in response to a wave of negative coverage (albeit not all of that was centred on the field). Cricket loves nothing more than to tinker. And so on.

It is rarely a conversation I see arise in global sports, particularly the American sports that I follow. Obsessing over the “state of the game” is an Australian past time. So it will be in AFL circles this week.

Let’s not gild the lily, there was more unattractive football than attractive football this weekend. The tone was set early with a fumble-fest on Friday night between the young Carlton and younger Western Bulldogs, and continued right through Saturday night’s festivities. Then Melbourne did their usual thing of crowding around the ball, and the powderkeg exploded. 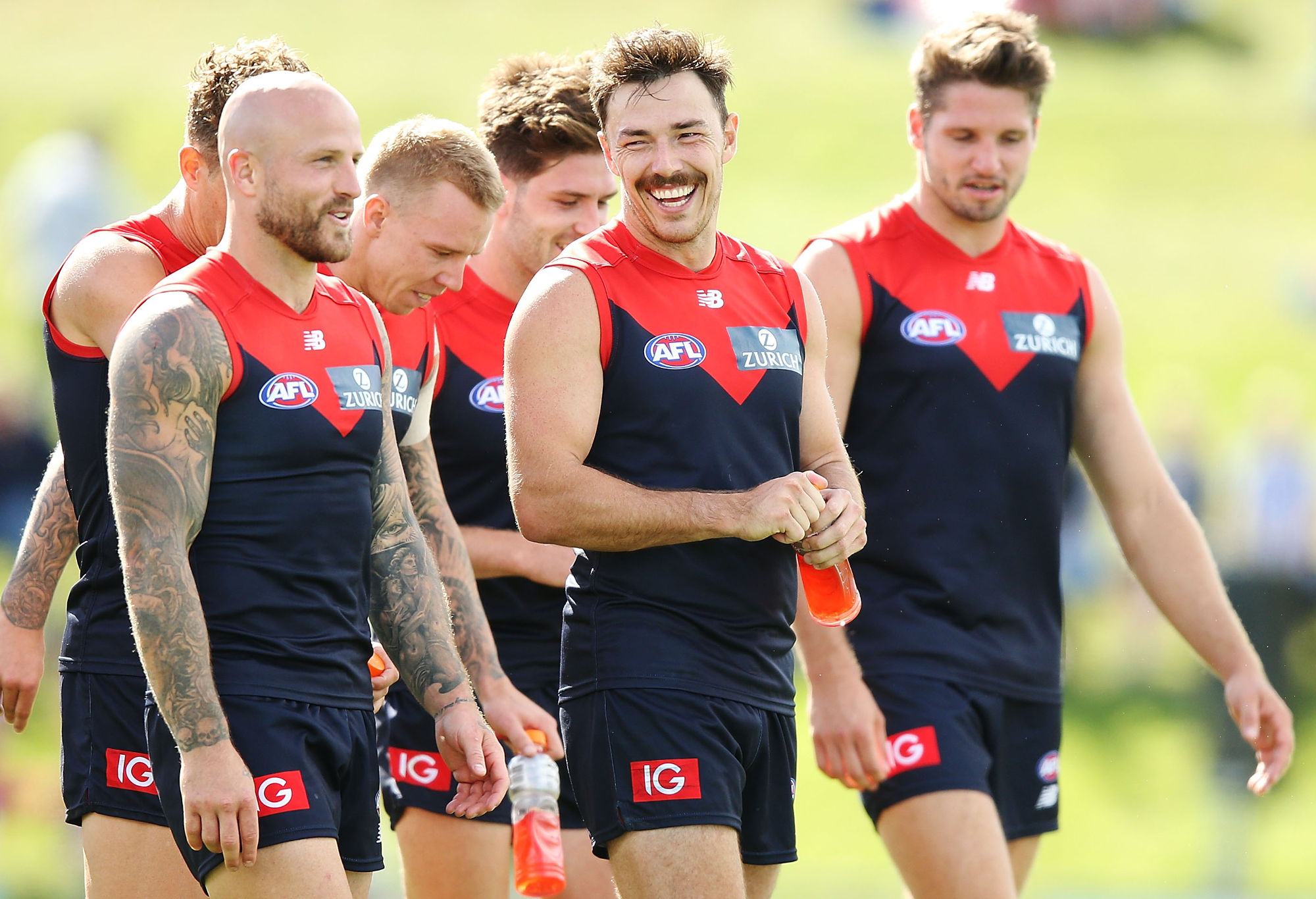 Social media isn’t the only barometer, but as more people use it it becomes an increasingly useful way to take a pulse. “Footy Twitter” and AFL reddit, my chosen outlets, were full of comments about the parlous state of low scoring, high pressure, error-ridden football.

Facebook would’ve been the same, and I’m sure there was even some real life conversations – remember those? – bending in that direction too.

We go through this cycle every year. There’s some trashy games, and suddenly the interventionists come off the long run and hurl their rule changes down the pitch. We talk about it for a week, the bad games are committed to memory – they’re bad games after all – and we all move on.

This time it’s a little different. First and foremost the horn has been sounded early, because scoring has been historically low for two rounds in a row.

After last weekend saw the third lowest average score in the AFL era (76.4 points), we’ve only lifted slightly in Round Six: to 79.6 points per team per game.

It has taken us nearly a full five points per team per game, near enough a goal each, below last year’s mark.

We all know more points = more exciting football (spoiler: that’s not true), and so if less points are being scored football must be less exciting.

And second, coaches have responded to the league-wide move to play faster and seek time in forward half like it’s one of the six Infinity Stones by playing with more pressure on the ball carrier.

The fast break ways of the first few rounds have been snuffed out, because no one wants to have fast break goals kicked against them regularly. And so we have numbers around the ball, and oodles of space unoccupied.

It’s a matter of absorb the pressure, counter quickly, then apply pressure, scramble back, rinse and repeat. A lot of teams are doing this. And when two teams who want to play this way meet, it’s like two asteroids colliding in space.

Interestingly, the rate of tackling in the league is down precipitously on last year. The average team is laying 63.5 tackles per 50 minutes of opposition possession, down from 67 last year. The number of tackles in a game (laid by both teams) has fallen by about ten (from 136 even to 126.6).

The advent of scramble football is simply leading to more half-tackles, bumps and legal brawls for the ball.

Indeed, the ball is in dispute for an extra minute and a half per game this season – not enormous, but something.

Meanwhile the league-wide giveaway rate (clangers less free kicks against, divided by disposals) is up about 70 basis points, with close to one out of every ten disposals resulting in a change of possession (it was one in 11 last year).

Something is certainly happening. And I am sure the AFL’s newly-formed competition committee is all over it. But I am unconvinced that it is something that needs a radical solution. We simply need to look at the ladder to understand why.

Richmond sits on top. While they may be partially responsible for this trend, they currently lead the league in scoring, and have had one of the stingiest defences for some time before they embarked on their ragged football style. 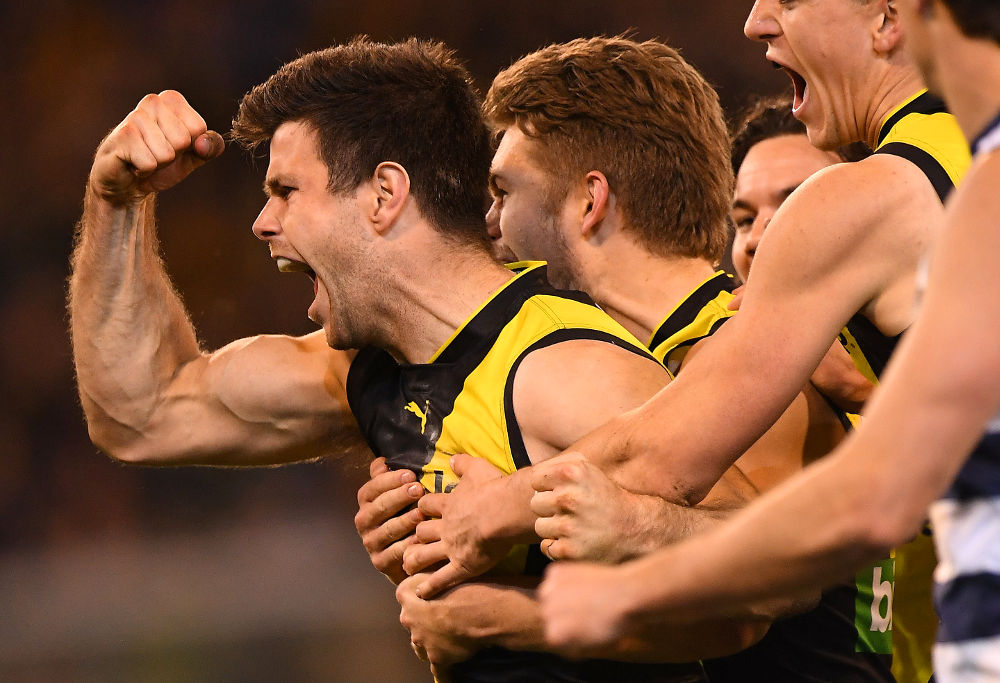 West Coast is second. There is nothing laborious about how the Eagles are playing their football. Indeed, it is precisely the opposite.

The GWS Giants is third. Their football is built on a hard edge at the contest, but relies more on outside run and deft transition kicking. They’ve also put together the stingiest defence through six games, even adjusting for their relatively weak schedule.

Hawthorn – good lord – is fourth. While they’ve added an emphasis on the tough stuff this year, their football is about making you keep up with their ability to score.

Adelaide and Port Adelaide are next, both high pressure teams, but without the numbers around the ball in general play.

The Power will press you harder than any team in the competition, but that’s once the ball is in their half. Adelaide play the transition game better than anyone, which they reminded us over the weekend.

So as this week’s debate about the state of the game unfolds, don’t lose sight of the fact we’ve been here before.

Like many conversations I’ve had over the weekend have eventually come to, every macro trend in the recent history of the league has bought with it this same reflex reaction: the flood, the spare defender, the boundary line play, the press, the forward press. We’ve innovated our way around it before.

Besides, as I reckon I’ve ended this column with for the past two weeks, if the price of an even competition is the occasional stinker of a game, then it is a price we must be willing to pay.

Not every game can swing as wildly as Geelong vs Sydney, nor have the flashy skills of this weekend’s Western Derby.

That’s sort of the point of our game anyway, isn’t it? There is no “way” to play; it’s up to the imagination of the players and coaches and the skills of the players to make good on those designs.

There’s plenty of that to go around in season 2018.