BERNARD FOLEY: It only takes one win for the Tahs to break Australia's Super Rugby drought

When you have a result like the Waratahs did in our last game, going scoreless against the Lions, the first thing you want to do is get back out there and play another one.

We reviewed the game openly and looked at where we can improve, and really it’s about having a game plan for the 80 minutes.

We did well for the first 40 against the Lions but then lapsed early on after halftime. We were able to nullify them a bit in the first half but went away from it in the second.

When we did apply pressure, it wasn’t there for long enough, and when we had opportunities – especially in the first quarter of the game – they weren’t taken. If they had been, it might’ve been a different game.

There’s no way around it though – that loss was extremely disappointing for the team and fans. But that’s what the catalyst for change is – we’re going to make sure we don’t play another game like that.

What you want to do is go right back out there to play again and re-write people’s perceptions of the team, but unfortunately because of the bye we haven’t had the opportunity to do that. Instead, there’s another week to mull it all over.

But there are positives. It provides some time to prepare for this upcoming block of games, and it’s a chance to rejuvenate and get the body feeling good.

So far this year there has been a bit of everything – the good, the bad and the average. We want to be a lot more consistent.

Five wins from eight games isn’t a bad position, but the goal was to be eight for eight. We could’ve done better in a few of the games that we’ve probably let slip.

After a disappointing season like 2017, there was a need to really review pretty much every area of the club.

Credit has to go to the coaches and support staff for really honest reviews and changes that have lead to improvement.

Everyone has bought into this new environment. We know that this is the way we want to proceed and that’s what has really changed things around the club, that all the guys have bought in and want to be better.

We’ve got a quality side here. You can feel a good vibe around the squad and it’s exciting to come to work every day with these guys who are trying to push themselves to be the best they can be. 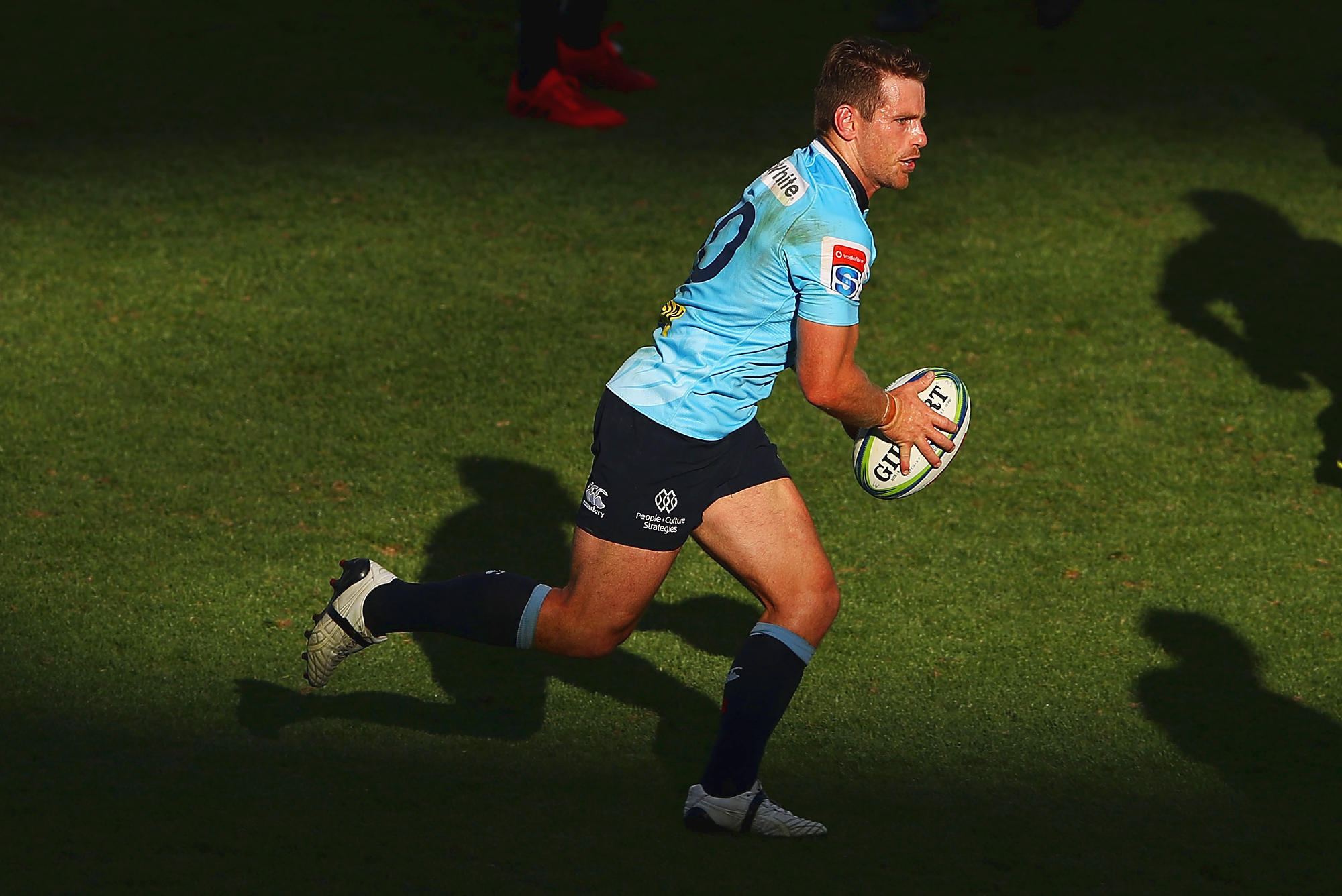 Part of that has been making a big effort to improve our defence. When you’re in sides that are winning games and competitions, defence is what it comes down to.

It probably doesn’t matter as much how many points you score but how many you allow in terms of how your season goes – defence is so vital and there’s a requirement to be able to withstand pressure for long periods of time.

That in itself creates opportunities in attack. As vice-captain of the Waratahs, and one of our leaders in that area alongside Kurtley Beale and Jake Gordon, I take pride in our offence and want to make sure it’s firing.

This week we’re hosting the Blues at Brookvale Oval and it’s a match that gives us the chance not just to make amends for our loss against the Lions but also to potentially snap a long-running streak of Australian sides to New Zealand sides.

Playing at Brookvale is new for us, but going to a suburban ground and having a really tribal sort of atmosphere is really exciting.

That streak of losses against New Zealand sides is something that gets talked about a lot but it doesn’t play on the minds of the team at all.

It’s a funny thing that has happened over the last year and a half, and it’s been disappointing, but it is what it is. We’re choosing to focus on what it is we want to do, and playing a game that makes our fans happy and gives them satisfaction.

The stats and the history don’t come into play, because we’re only one win away from changing it all.

The Waratahs will go up against the Blues this weekend with a chance to break Australia’s long-running Super Rugby drought against trans-Tasman opposition, so be sure to grab a NSW Waratahs membership and get down to Brookvale Oval to enjoy all the action.