The hard-earned perspective gleaned by Essendon fans from the club’s supplements scandal is dissipating at an alarming rate amidst the team’s early-season woes.

For – just over a year removed from the official end to the sorry affair – no other supporter base has had more cause to simply enjoy its team competing unfettered without the usual fixation on results.

Yet, that belies the passion and irrepressibility of sports fans, let alone supporters of an AFL aristocrat – me included – who have never been short on hubris.

That the Bombers’ faithful existed in a state of extreme agitation during the dizzying highs and lows of the four-year ordeal makes the ordinariness of the club’s current on-field plight particularly jarring.

In fact, consider the hoopla surrounding (former) favourite son James Hird’s ill-fated appointment as coach in late 2010 – together with the Bombers’ Jekyll and Hyde 2012 season – and you find a club that boarded the hype train well before news of any pharmaceutical impropriety broke.

Even last season, which technically represented a return to normal, was informed by the emotion-charged return of the suspended players and Jobe Watson’s swan song. 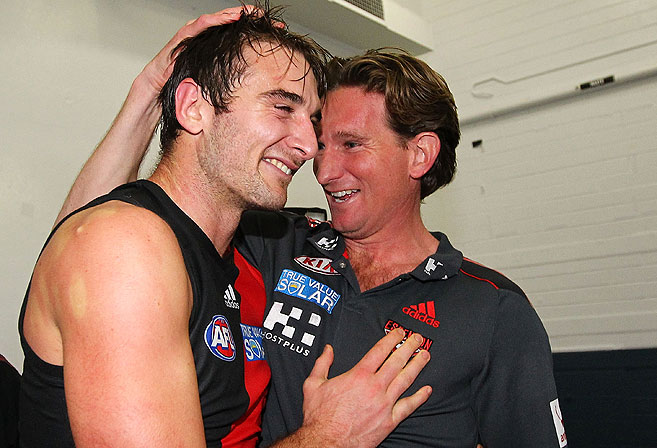 Now, as the team nears a conventional footballing (albeit early season) rock bottom relative to pre-season predictions, Essendon fans are struggling to adjust to the new normal of supporting a club enduring a form slump.

That the cause of the Bombers’ woes appears to extend beyond the boundary line is compounding the frustration.

This is not to paper over the cracks in the club’s playing list.

Prime among them that Essendon has had a below-average midfield since the embers of the 2000 premiership onball contingent died out.

The retired Watson, and Dyson Heppell and Zach Merrett could all be considered elite, and yet they have never enjoyed an adequate supporting cast.

It is telling that while other clubs have the luxury of playing midfielders elsewhere on the ground, the Bombers always seem to be seeking to convert (for the most part unsuccessfully) an obvious flanker into a midfielder with Jake Stringer the latest example.

While Devon Smith can certainly lend a helping hand in the middle, that neither he nor fellow newbies Stringer and Adam Saad loom as the club’s midfield saviour is perhaps the only blot on Essendon’s off-season recruiting copybook.

That the club’s midfield hopes are therefore so heavily invested in early draft picks, Darcy Parish and Andrew McGrath – who (like Merrett and Smith) both lack the key modern midfielder attribute of size and, seemingly in Parish’s case, polish – only heightens concerns. 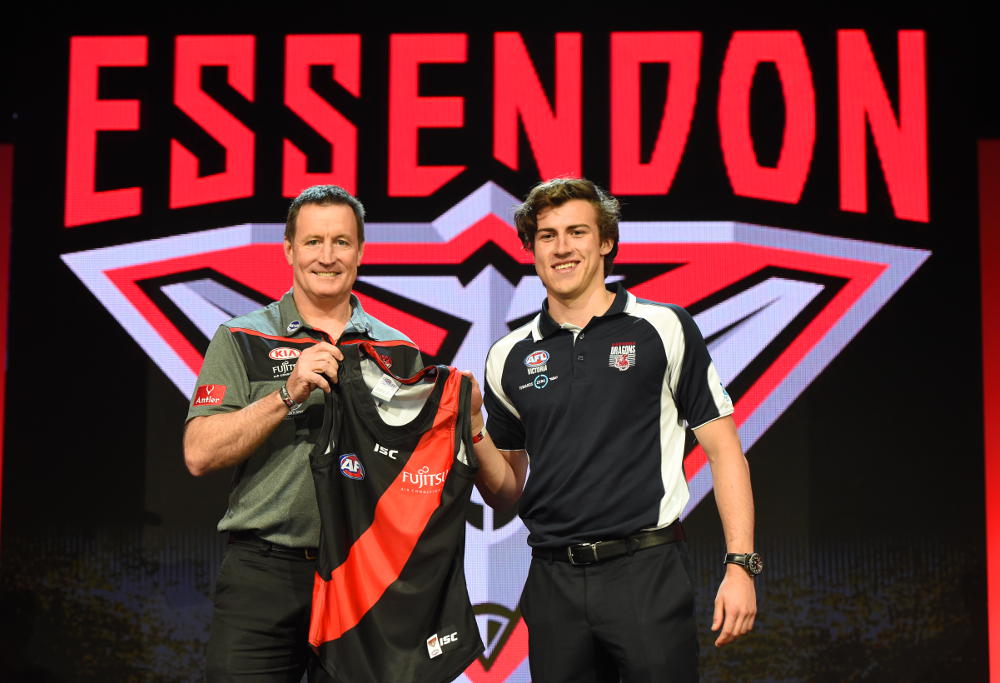 Andrew McGrath is one of many new faces in the Essendon squad this year. (AAP Image/Dean Lewins)

It obviously hasn’t helped that the underwhelming combination of Tom Bellchambers and Matthew Leuenberger has failed to fill the ruck void created by Paddy Ryder’s Port Adelaide exit.

There is also the club’s lingering depth issue – common to rebuilt teams – as the core group of players charged with taking the Bombers forward waits for the rest of the list to develop to a point of supporting competence.

In the meantime, gaps are being filled by shaky placeholders – think Mitch Brown, Michael Hartley and Jackson Merrett, among others – and too much is being asked of proud but steeply declining veterans in Brendon Goddard, David Myers and Mark Baguley.

But none of this fully explains the general disorganisation, on-field infighting and fade-outs which have punctuated the club’s recent slide following last season’s seventh-placed finish.

It’s this dysfunction that has placed coach John Worsfold firmly under the spotlight, with opinions divided as to his culpability.

That, or a forward-thinking coach who is introducing his hitherto offensively reckless team to desperately needed defensive structures so as to avoid a repeat of last season’s SCG elimination final bloodbath.

As the figure often cited as a key factor in the suspended players being prepared to return to the scene of the crime, and having kept the ship afloat in their absence, perhaps Worsfold deserves the benefit of the doubt.

In this light, the risk of strategic regression under Worsfold can be considered the final price to be paid for the club’s supplements sins.

What shouldn’t be lost amidst all the handwringing is the club’s willingness to continue to blood young players and that its still enviable core group – boasting the likes of Heppell, Merrett, Joe Daniher and Michael Hurley – is young enough to reap the potential harvest.

Whether it’s through such organic means or via the open market, the extent to which Essendon can address its midfield and rucking deficiencies will go a long way to defining the ceiling of this team.

Viewed through the lens of these regular footballing issues, the Bombers are not unlike most other AFL clubs.

And if Essendon fans need any reminding, given where the club has come from, that’s no bad thing.

More than the usual number of teams rose and fell in the 2021 season, but nobody predicted that Essendon would make the finals.