The goal that kicked off a mad finals week

apaway
Roar Guru
2nd May, 2018
10
Join the conversation
Advertisement
Write for The Roar

As often as Riley McGree’s incredible scorpion goal last Friday night has been viewed (well over a million times just on the Newcastle Jets website alone), Fox Sports commentator Brenton Speed’s call of the Jets player’s goal against Melbourne City in that semi final will surely go down in folklore too.

“Oh my goodness! OH MY GOODNESS!” I loved it, our generation’s version of “Gold! Gold! Gold for Australia!”

That signified the starting point to an amazing semi final weekend and ultimately a finals week where the A-League treads new ground by taking the showpiece event to a non-capital city for the first time.

And if ever a city deserved to host a football grand final, it’s Newcastle, traditional hot-bed and custodian of the game, with clubs that have been in existence since the late 1800s.

The moment the Sydney FC-Melbourne Victory game ended after 129 astonishing minutes last Saturday night with Terry Antonis dancing on both sides of the villain-hero divide, Newcastle knew it was hosting the big game.

More than 20,000 tickets were sold the next day in an unprecedented rush for seats. By Monday morning, the game was completely sold out and McDonald Jones Stadium will hopefully be heaving on Saturday night with 33,000 impassioned fans.

The ticket stampede left some Jets fans disgruntled, especially when tickets turned up only a day later on Ticketmaster’s official re-sale site for outrageous prices of up to $5,000. Jets CEO Lawrie McKinna took immediate steps to ensure more tickets got into members hands at prices that didn’t require taking out a second mortgage.

He also made it very clear that if any Jets members were found to be on-selling tickets at inflated prices, they would be stripped of their membership.

It bemuses me that the official ticket sellers for this event have in effect set up a legal scalping site with their re-sale portal. My understanding of the site was that it was originally intended to help people sell tickets to events they had purchased months in advance, such as touring rock concerts, and then found they couldn’t attend closer to the date.

As such, it shouldn’t need to operate for an event where tickets only go on sale days prior. And the administrators should stipulate that tickets can only be sold for the value they were purchased. 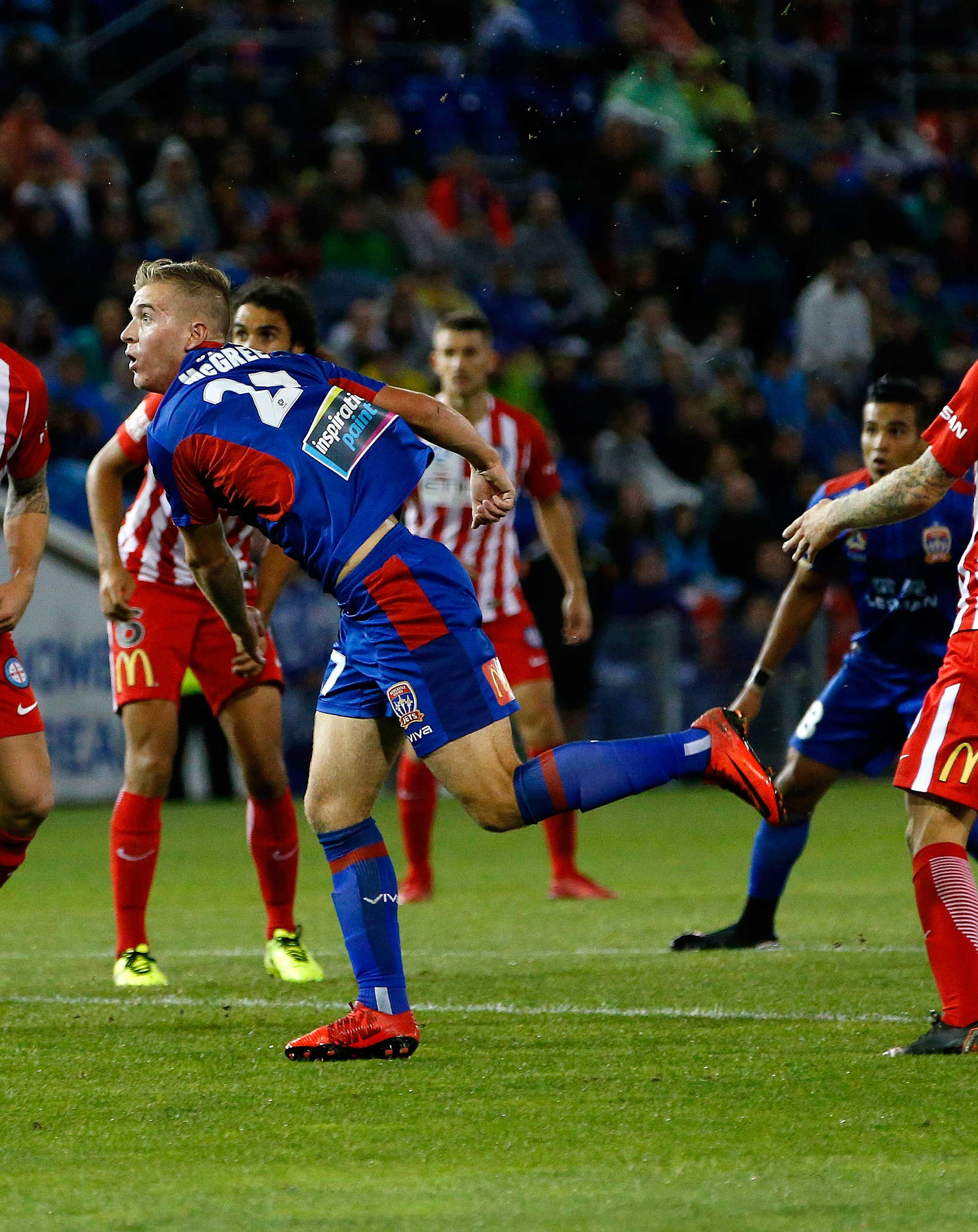 But back to the actual football. At the Dolan-Warren Medal Awards on Monday night, former Jets star Andrew Nabbout won the A-League Goal of the Year award. Host Adam Peacock was at pains to point out that the award covered the regular 27 rounds and that perhaps a special plaque should be cut for Riley McGree’s effort against Melbourne City.

I watched teenagers at a local park practising their ‘scorpion’ during a training session this week. We may not witness the likes of it for a long time, but Saturday’s grand final will see a club contesting the title from outside the top three for the first time.

Melbourne Victory went within a penalty kick of the trophy last season against Sydney FC. That they finished fourth after enduring a horror start to the 2017-18 campaign speaks volumes for their powers of recovery, but also for a surprising inconsistency from one of the most consistent teams of the A-League. 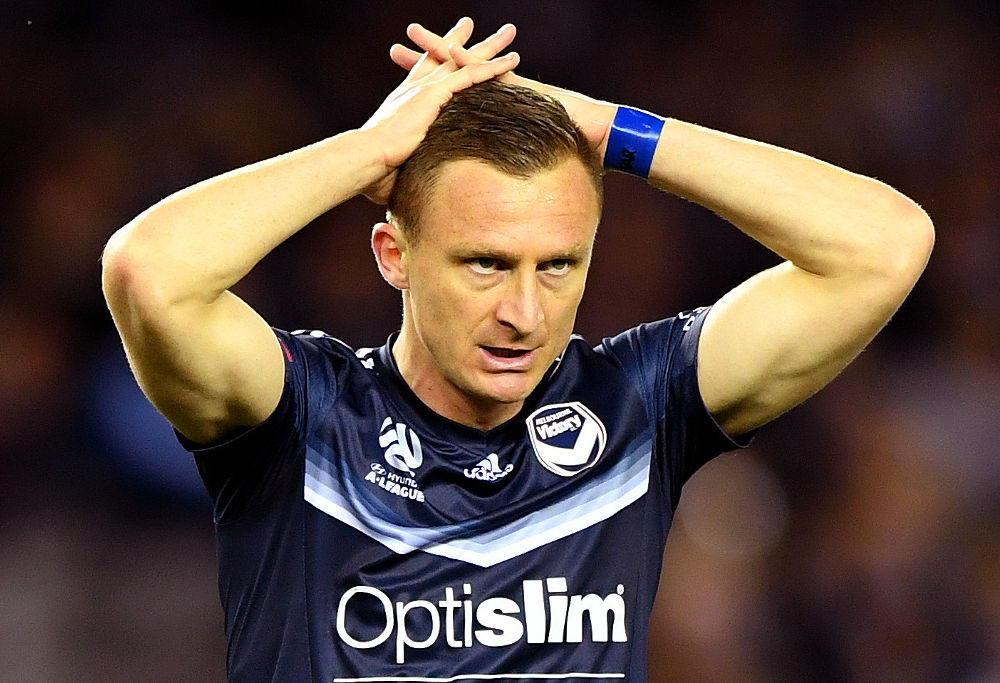 As for the Jets, they have waited a decade to get back into a grand final, and Newcastle has waited a century or more to host an event of this magnitude. The city itself is speaking of little else this week.

All season they have hovered around the top two but it was a win over Sydney FC back in March that really signaled the pedigree of the team Ernie Merrick has assembled. Reduced to ten players after only 12 minutes, they beat the reigning champions 2-1 and never relinquished second place on the ladder from that point.

Significantly, captain and local lad Nigel Boogard injured his knee in that game, and made his return last week in the win over Melbourne City. While all the focus was on McGree’s goal, the sight of Boogard stretching cramped muscles as the game went into injury time was just as important.

His value to the Jets back four was obvious and he’ll be responsible for keeping finals scoring specialist Besart Berisha quiet on Saturday night, a job probably as difficult as perfecting the Scorpion.

It all boils down to a classic confrontation between a team on a fairytale rise from the bottom and one who have competed in more A League grand finals than any other.

Ernie Merrick against his former team and captain, Kevin Muscat, who will be a lonely figure on the Victory bench with two of his assistants confined to the stands. There may yet be a few “oh my goodness” moments in this season.