I have known Justin Langer for over 25 years and from what I have observed, he is the right man to coach Australia.

In March 1993, I was sitting alongside him on a flight from Adelaide to Perth, both returning home from a Sheffield Shield match.

While I had flown from Perth to commentate the match for the ABC, Langer had flown in from Auckland.

He had just completed his second series for Australia and it was an ignominious end to it. He faced 17 balls at Eden Park and failed to score in either innings. His prospects of being selected for the Ashes tour in a few months’ time looked decidedly bleak.

Even though he was heading home from a Shield match, he was required to be dressed in the Australian travel uniform as he was still officially returning from an overseas tour. As we began our descent, the stewardess brought Langer his Australian blazer.

He lay it across his lap and spent the rest of the flight in silence, simply staring down and gently rubbing his thumb across the national coat of arms on the breast pocket. It is an image that has always stuck with me and one I have mentioned to him on occasions since.

It smacked of a man who wanted just one thing in life – to play for his country – and at that point, it appeared he may have lost the opportunity. 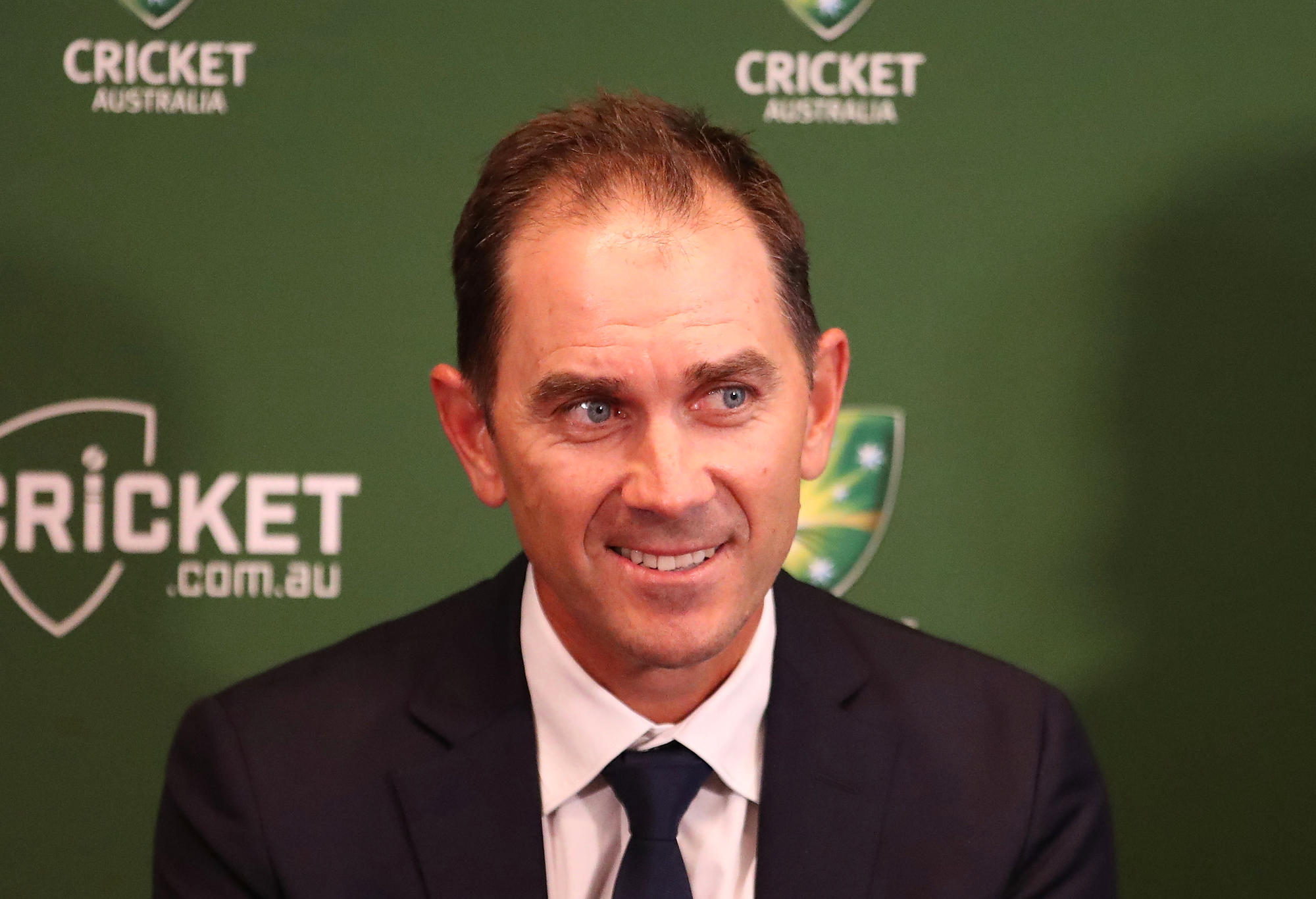 Playing for Australia meant infinitely more to Langer than the money and fame that came with it. And, on that flight, he was no doubt pondering when he would get another chance.

It was cutting deep into him.

He did not get selected for the 1993 Ashes tour and had to fight his way back into the side.

Fast forward to September 1999 – he had been back in the team for a while and we were both in Sri Lanka.

It was a bad tour for Australia, the weather, and him.

The tourists lost the opening Test at Kandy on the back of a frightful collision in the outfield between Steve Waugh and Jason Gillespie, while the next two Tests were heavily rain-affected draws, handing Sri Lanka an historic maiden series win against Australia.

He had looked all at sea, especially to Muttiah Muralitharan, who he freely admits he found nearly impossible to pick.

The word back home, as it so often was, was he needed be dropped.

Again, he looked at the crossroads.

On the last day of the final Test at the Singhalese Sports Club at Colombo, with the pitches under cover, I strolled out into the middle just to break the boredom. While I was out there, Langer arrived and we struck up a conversation.

During the course of it, I asked what he thought about the future – he was in his 23rd Test and averaging 33.

He looked at me with his traditionally steely eyed gaze and said he aimed to play 100 Tests – and he believed that he would.

I have mentioned to him several times since that while I was smiling and nodding at his response, internally I was thinking, “you’re kidding yourself”.

One of us was right.

He went on to play 105 Tests and averaged 45, while his first-class tally of 28,382 runs is the most scored by an Australian and his 86 centuries is bettered by only one countryman – Sir Donald Bradman.

Langer was not a gifted player in the Mark Waugh or Damien Martyn mould.

He succeeded by dint of dedication and devotion to the cause, which bordered on monastic at times.

I covered a Shield match at the Gabba one season early in Langer’s career.

Western Australia had won and the victory came in time for the side to retire to the dressing rooms and watch the Caulfield Cup on television. Langer had had a lean match and while the players were whooping and hollering in the rooms he was out running lap after lap of the Gabba.

For much of his career, Langer, in many people’s eyes, was just another failure or two away from being dropped.

There were times when eastern states scribes were extremely harsh in their musings yet, almost without fail, Langer would rise to the occasion and peel off a big score.

In the back half of his Test career, with Matthew Hayden, he formed one of the best opening partnerships in the game’s history. 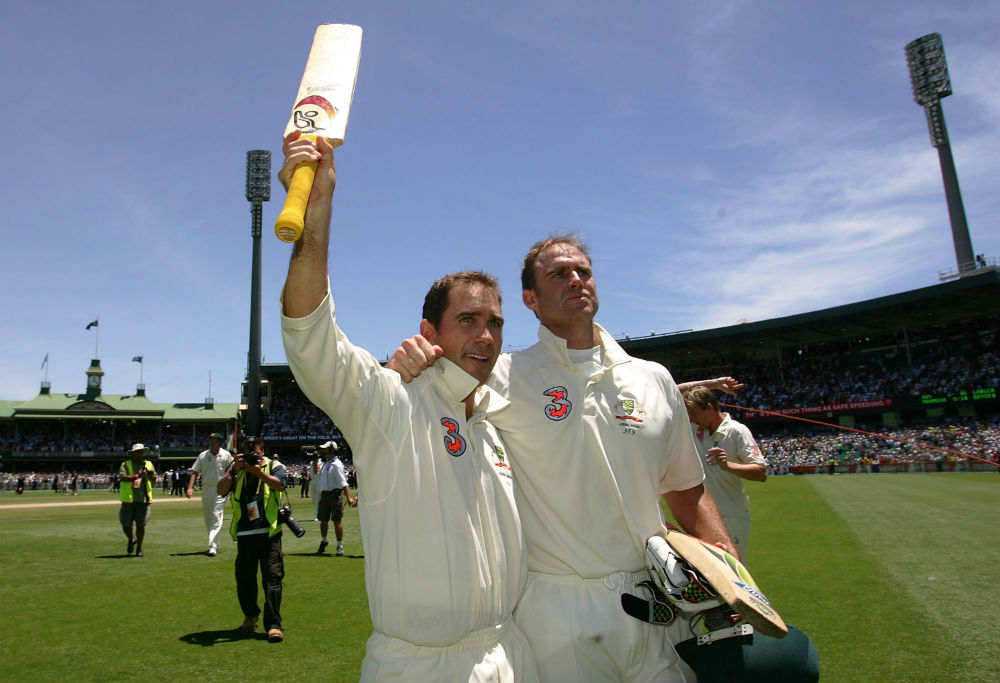 For Langer, the player, it was always about the honour of playing for your country and the steely determination to prove others wrong.

His coaching career with Western Australia and the Perth Scorchers has mirrored that philosophy; he has immense pride in his state and has instilled that upon his charges. He has been a hard taskmaster, a mentor and a motivator for his players.

When he was chosen to coach WA in November 2012, there was a distinct cultural issue.

On-field performance was lacking and off-field there had been some severe misdemeanours, resulting in players being sent home from tours and playing bans being imposed.

Langer changed the culture of the WA side.

One of the mantras of his coaching style is personality over performance and how players fit into a group.

The Scorchers have been the most successful and consistent T20 franchise in the game’s history, contesting five of the seven BBL finals, winning three of them.

The side has traditionally relied more on homegrown talent than other teams, which is again an indication of Langer’s approach to building a team culture.

There have been celebrated individual turnarounds under his stewardship.

Both Andrew Tye and D’Arcy Short have spoken about how Langer’s stern words and tough love provided the impetus for them to rebuild their careers, with both going on to play international cricket. With the Australian team at its nadir with regard to its behaviour and culture, Langer is the right man to restore respect.

He played the game hard and never took a backward step. He will approach his new role in the same manner.

When Ricky Ponting ascended to the national captaincy he bestowed the honour of singing the team song – Beneath the Southern Cross – after victories to Langer.

He saw it as arguably the greatest award of his career, and sung it with pride and gusto.

He will want to stand in the rooms in the future when Nathan Lyon, the current choir leader, belts it out, knowing that the team has performed in his image.

I wish him well.