Like many cricket fans, Channel Nine’s loss of the cricket rights after 40 years is making me nostalgic as well as relieved.

For a time there, the station was massively influential on Australian cricket – not just the players it took out of official cricket in the late 1970s, but the money it gave the game, the emphasis on one dayers and coloured clothing, the forum it gave Ian Chappell to a bag players, the success of the Twelfth Man…

At one time, Channel Nine even helped pick an Ashes squad.

Not in 1978-79, when Kerry Packer’s players weren’t considered for selection, but after the peace treaty: the 1985 Ashes.

Australian cricket had gone through a rough trot over the previous 12 months, including the retirement of Greg Chappell, Dennis Lillee and Rod Marsh, six Tests defeats in a row to the West Indies, and the tearful resignation of Kim Hughes from the captaincy.

Towards the end of the 1984-85 season, however, there were some signs of recovery – Australia beat the West Indies in a one-day final, and in the fifth Test in Sydney. Some new talent was emerging – like David Boon and Craig McDermott – and some old players were making comebacks, like Andrew Hilditch and Terry Alderman.

So there was cautious optimism when the squad for the 1985 Ashes tour was announced:

That wasn’t a bad squad – a mixture of experience and youth. The selections of Matthews and O’Donnell weren’t really justified by domestic form at the time, but they’ve never had to be when it comes to young all rounders. Phillips wasn’t impressing anyone with his keeping but his batting had fight, and Rixon was an excellent backup.

Alderman had enjoyed tremendous success in England in 1981 and McCurdy, McDermott and Lawson were all good bowlers. Holland and Bennett were coming off excellent seasons.

The most notable omission was probably Kim Hughes, who’d been dropped after poor form with the bat.

Then a bombshell hit – it was revealed Wood, Wellham, Phillips, Rixon, Alderman, McCurdy and Bennett had all signed to play for two seasons in South Africa, then banned from official international cricket because of the policies of its apartheid government.

Almost half the squad.

(It later turned out that Hilditch had signed too but changed his mind.)

The Australian Cricket Board ruled that those players who had signed were ineligible to tour.

Packer – who had, ironically, recently benefited from the principle that cricket players could be hired to play for someone other than Australia for a pile of cash – moved into action.

He (or rather his representatives, notably Tony Greig) offered three players inducements in the form of money and jobs to not go to South Africa – Wayne Phillips, Dirk Wellham and Graeme Wood.

He was also keen to ensure a fourth player didn’t sign – Steve Smith (not sandpapergate Smith, but another player with the same name), the exciting NSW batsmen.

Phillips, Wellham and Wood took Packer’s offer and pulled out of the South African tour. Murray Bennett pulled out of his own volition, simply because he changed his mind.

The remaining South Africa signees – Alderman, Rixon and McCurdy – were replaced in the Ashes squad by Carl Rackemann, Ray Phillips and John Maguire.

Then Rackemann and Maguire revealed they’d signed to go to South Africa too and were replaced by David Gilbert and Jeff Thomson.

Phillips, Wellham, Bennett and Wood were willing to tour England again, but other members of the Ashes squad – annoyed at the fact these four had signed to go to South Africa in the first place – said they would refuse to tour with them.

Emergency discussions were held. Eventually the players relented and Phillips, Wellham, Bennett and Wood were welcomed back in the side. 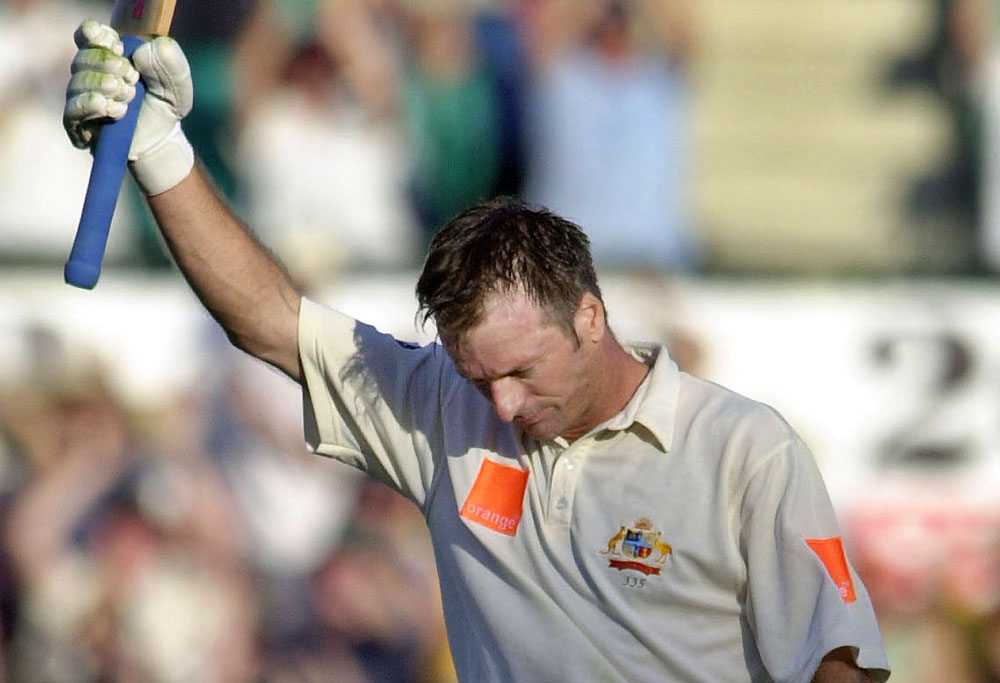 Packer did not offer inducements to any other rebel tourists to change their minds – i.e. no bowlers.

Packer was only interested in batsmen. His heart was in one day-cricket, where scoring runs is more important than taking wickets. Phillips was a popular cricketer and the time, and Wood and Wellham highly experienced, the latter having just led NSW to victory in the Sheffield Shield.

Kim Hughes, upset at being overlooked for selection in the 1985 Ashes squad and feeling that Kerry Packer had too much influence in Australian cricket circles (Packer hadn’t offered him a World Series Contract either, and Ian Chappell was a constant critic of him), signed to tour South Africa as well. Packer did not offer him any inducement to change his mind.

So the Australia tourists left for England in 1985.

They originally performed well, helped by some magnificent batting from Alan Border and bowling from Craig McDermott.

However, they suffered with their third-choice bowling attack, not helped by the selectors’ insistence on picking Simon O’Donnell as the fourth bowler on the basis of his batting, Wayne Phillips’ erratic keeping, and Border’s curious inability to use part-time bowlers.

Australia only twice dismissed the hosts for less than 450. England won the last two Tests by an innings and took the series 3-1.

Wood, Phillips and Wellham did not particularly cover themselves in glory – Wood was, as usual, erratic, though he helped save Australia in one Test; Phillips was unpredictable behind the stumps, though handy with the bat; Wellham played one Test. None of them had particularly long Test careers after the tour, either.

Packer’s investment wasn’t, in hindsight, really worth it, as Australia probably would have done just as well with three fresh replacements for Phillips, Wood and Wellham – say a specialist keeper like Tim Zoehrer for Phillips, Robbie Kerr for Wood and Dean Jones or Kim Hughes for Wellham.

It is more likely Australia would have benefited had had Packer offered inducements to bowlers rather than batsmen to change their mind – Alderman in particular, who got 42 wickets in 1989 on top of his 41 in 1981, and who was badly missed, and could have made all the difference.

The bowlers who signed to go to South Africa turned out to be better long-term bets than the batsman. No batsman who went to South Africa ever played for Australia again. However several of the bowlers did – Alderman, Rackemann, and Trevor Hohns.

But then Packer didn’t have time for bowlers, not really – he was a batting fan, as can be seen from the choices he made (and from his choice of commentators, most of whom were batsmen or at least all rounders, specialist bowlers such as Max Walker and Shane Warner were very much in the minority).

However, he possibly did Australia a service by ensuring Steve Waugh, Robbie Kerr, Peter Clifford, Mike Valetta and Dean Jones were not tempted to tour South Africa, which they might have done, like other young batsmen such as Mike Haysman and Steve Smith.

Kerr and Clifford never quite reached the heights they promised, but Waugh, Jones and Valetta all played crucial roles in Australia’s 1987 World Cup victory, and Waugh and Jones would be key players in Australia’s revival of the late ’80s and early ’90s.

Kerry Packer obviously had commercial reasons for inducing players to not tour South Africa. I think he also liked being a bit of a hero, coming in and saving the national side.

I just wish he’d been a bit more interested in bowlers – take Alderman and McCurdy or Maguire to England in 1985 and Australia have a much more potent side.

Still, he tried, and it’s a story worth remembering.