An asteroid has been named after him. Shakira put him in her music video for being an extraordinary world champion as a teenager. Reportedly, he is ten per cent owner of football giant Real Madrid but modestly calls himself a simple football lover.

Well, modesty and simplicity are definitely his middle names. We are talking about the one and only Rafael Nadal.

However, Rafa’s win percentage on clay at 91.9 per cent is the highest in history. The next best is Bjorn Borg, who won 251 of his 292 matches on the surface for a 86 per cent record. Vilas, the player with the most clay court wins, also lost 162 matches for a win percentage of 80.3.

Rafa now has 54 titles on clay out of an overall 76. The next best is Vilas with 49. Among his greatest clay court achievements are winning ten French Opens, 11 Monte Carlo Masters 1000s and 11 Barcelona Opens.

As a teenager in 2005, he won 24 singles matches, breaking Andre Agassi’s record for the most wins by a teenager.

He won the French Open on his first attempt, to be only the second person to do so after Mats Wilander. The next year, he was the first person to beat Federer in a Grand Slam final. 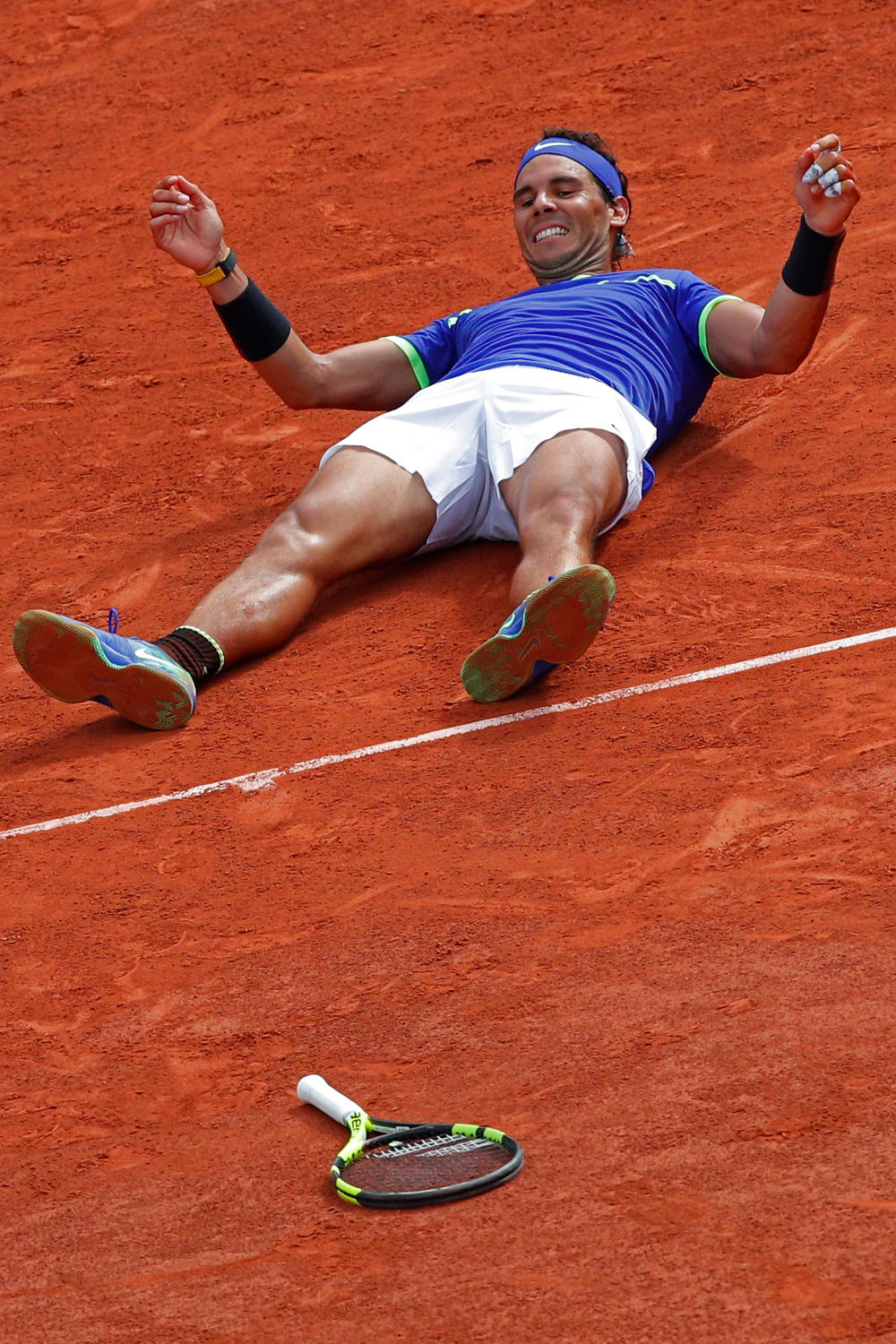 However, Rafa is definitely not an only clay court player. He has won three US Opens, two Wimbledons and one Australian Open. He has held simultaneous Grand Slams on clay, grass court and hard courts on two occasions. He has eight Masters 1000 trophies on hard courts.

Rafa’s overall court record is also amazing with 888 wins and 186 losses, which means a win rate of 82.7 per cent – equal to Borg. Rafa’s overall win percentage is better than Novak Djokivic (82.4) and even his great rival Federer (82.01).

However, on clay Rafa seems invincible. He not only wins but punishes and pulverises his opponents into subjugation with brutally dominant displays of stunning tennis.

Rafa, as mentioned before, has just 35 losses on clay. Who are these select few who have done the unthinkable?

Novak Djokovic
Heading the list is Novak, who has seven wins over Rafa on clay therefore singlehandedly figures in a fifth of all matches lost by Nadal on the surface.

Overall Novak and Rafa have met 50 times, with Novak enjoying a 26-24 head-to-head advantage. On clay they have met 22 times with 15 wins for Rafa, including six of their seven French Open encounters.

Novak has also won two times at Monte Carlo, three times at Rome and once at Madrid. Certainly, he is the Spaniard’s greatest clay-court opponent.

Interestingly, the only other player with a positive head-to-head against Nadal is Nikolay Davydenko, who has won all six of his matches against Nadal on hard courts, and does not have a single win on clay against him.

Rafa has four wins on clay against him, but overall has a 5-6 record against the Ukrainian.

Federer himself accepted that multiple crushing clay court losses earlier in his career had a lasting effect on how their rivalry turned out.

Of Federer’s two clay court wins, one at 2007 Hamburg Masters is pertinent as it snapped Rafa’s 81-match winning streak on clay. Rafa’s other loss was at the 2009 Madrid Open final.

Nadal has won all of their French Open matches, and Federer has lost as many as four finals to him there.

Due credit to Federer of course for seizing the only opportunity he had of winning the French Open in 2009, when Nadal was knocked out surprisingly early. 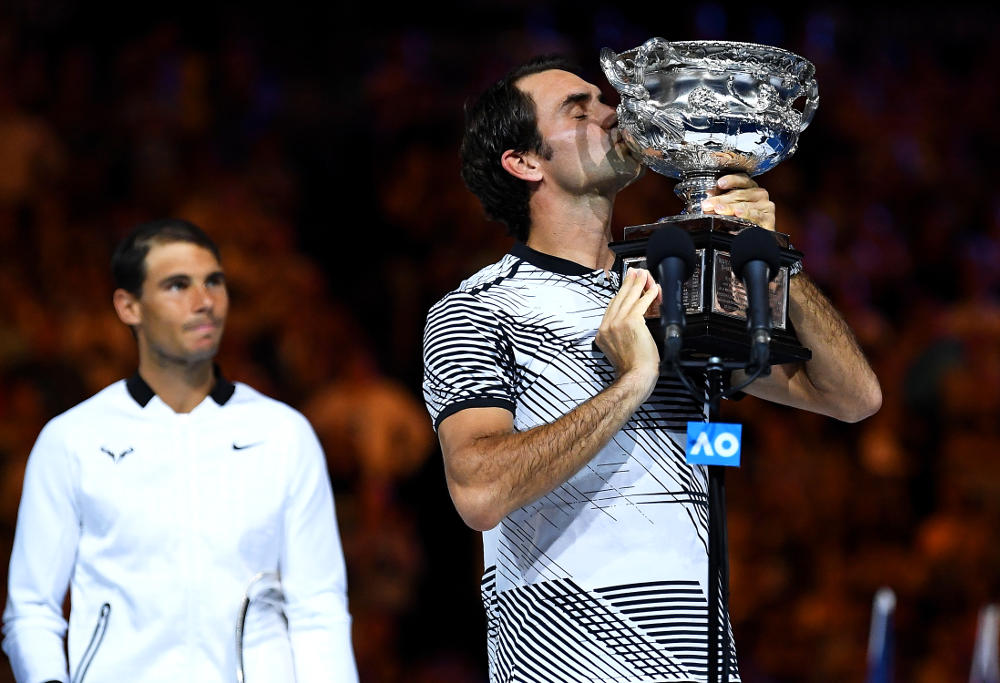 Robin Soderling
Robin’s name is on the list as he is the first of only two players to defeat Nadal at the French Open, with Novak being the second.

He could have provided some kind of competition to the king of clay, but he quit the game prematurely at 26 due to mononucleosis.

Andy Murray
Surprisingly, Murray has two wins over Nadal at the Masters 1000 tournaments. These were at the Madrid Masters in 2015 and 2016. Overall, these two great champions have met each other 24 times, with Nadal winning 17 of those games.

Interestingly, they have met three times on grass – all at Wimbledon. Nadal has won all three the matches.

Gaston Gaudio
Gaudio is the only player to have a positive head to head record over Nadal on clay. Overall, they have three wins each but Gaudio’s three wins were on clay while Rafa won two on clay and one on grass.

Gaudio won their first three matches and Rafa their next three. His greatest achievement was winning the French Open in 2004.

Gaudio is also the only player to have bageled Rafa on clay in a 6-0, 6-0, 6-1 win at Buenos Aires. Rafa subsequently bageled him at Monte Carlo.

Fabio Fognini
Fognini’s name figures in this select list for a specific reason. He is the only player, apart from Djokovic, who has more than one win over Rafa on clay in one season. Overall they have met 13 times, with Rafa winning ten of the matches. However the third loss, which hurt Nadal the most, was in the 2015 US Open which he lost after winning the first two sets.

In fact, only Gaudio, Djokovic, Federer, Murray, Thiem and Fognini have more than one win over Rafa on clay.

Other players who have had a solitary win versus the Emperor are Stan Wawrinka, Juan Carlos Ferrero, Fernando Verdasco, David Ferrer, Nicholas Alemagro and Pablo Cuevas.

To showcase Nadal’s supremacy, I would like to specifically mention David Ferrer, who in 19 clay matches with Rafa won just once, and overall has a 6-24 record versus the Emperor.

Considering the above, the Emperor looks a firm favourite for lifting his 11th French open and his overall 17th Grand Slam title.