How far can the Utah Jazz go?

The Utah Jazz were never meant to make the playoffs. 43 games into the season and they were out of the playoff picture, with a record of 17-26.

They have no all-stars on their roster; Gordon Hayward left for the Celtics in the off-season. The highest draft pick on their roster is Derrick Favours.

And yet, they finished the season 31-8 to storm home and finish fifth in the Western Conference. They could have finished third with a win over the Portland Trailblazers in the final game of the season.

Quin Snyder’s team overcame a determined Oklahoma City squad in the opening round of the playoffs in six physical games. They have stolen home-court advantage from the best regular season team, the Houston Rockets, tying the series at 1-1.

How have they done this?

It all starts with their defence. Utah posted the second-best defensive rating in the regular season, behind the Boston Celtics. They were significantly the best defensive team after the All-Star break in February.

Rudy Gobert, their 7’1” centre from France, posted the best defensive rating of any player in the regular season. The Utah Jazz owned the five best players in defensive efficiency in the league post the all-star break. That is how good their defence is.

Secondly, they get north of 20 points per game from their sensational rookie, Donovan Mitchell. Taken with the thirteenth pick in the draft, Mitchell was not expected to be nearly this productive in his first season.

He has made up for the loss of Hayward on the offensive end, providing his team with a go-to scorer in the fourth quarter particularly.

Mitchell is averaging 26 points per game in the playoffs, at times looking like the best player on a court in which Russell Westbrook and Paul George were present.

Thirdly, players such as Ricky Rubio, Derrick Favours and Joe Ingles are playing terrific basketball in new roles, each player suiting Utah’s half-court offence perfectly. Rubio has a newfound confidence in his shot, while Favours held down the fort nicely in the absence of Gobert.

Ingles, especially in the absence of Rubio over the past few games, has stepped up as the primary ball handler alongside Mitchell, and scorched the Rockets with seven made three’s in Game 2 on Thursday.

The question is whether or not they can sustain this level of play, and take another three games from the historically good Houston Rockets. Their defence on the likely MVP James Harden will probably determine how far they can go in this series. Melbourne native Dante Exum matched upon on Harden 22 times in the first two games, holding him to just two points. 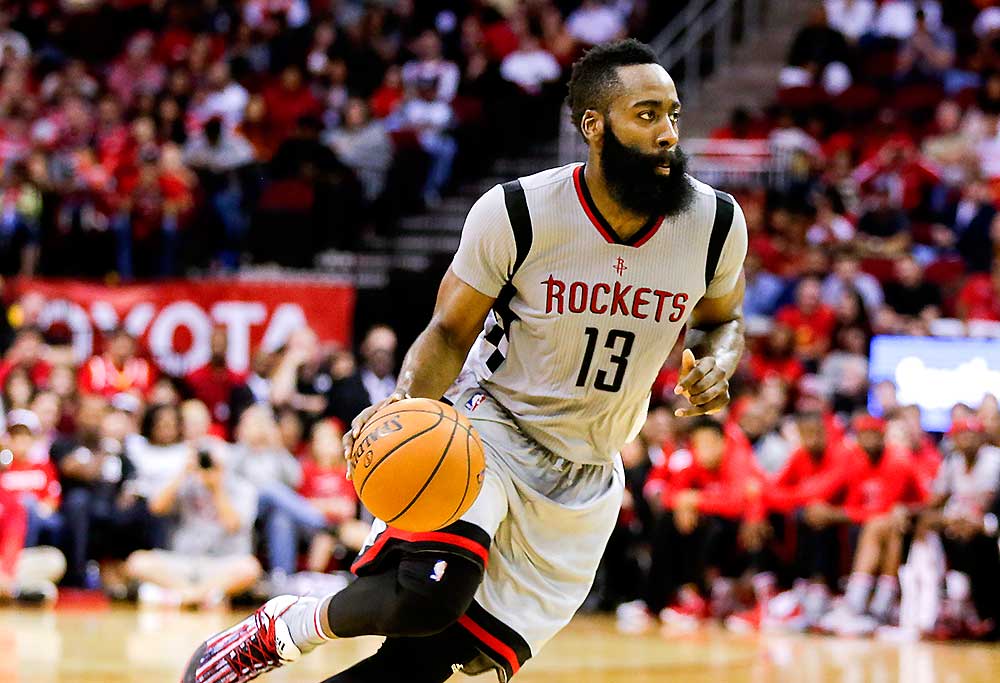 The Jazz have also thrown Royce O’Neal at Harden, while Donovan Mitchell and Joe Ingles have done solid jobs when they switch onto him. The key has been Utah’s defenders playing with their hands up, not allowing Harden to draw fouls – he led the league in free throws made and attempted this year, and seemingly every year before that.

For Utah, they must protect home court. Their fans are as good and as loud as any, and that showed with three wins from three tries in the opening round.

Their task is simple on paper: contain Chris Paul and James Harden, limit Clint Capela’s impact on both ends of the court and let Donovan Mitchell go to work.

Oh, and, if Eric Gordon, P.J. Tucker and Trevor Ariza get hot from three, good luck. We’re in for a heck of a series.

The Memphis centre saw his first piece of action in the playoffs after the Griz decided to go small in the post-season. Adams jokingly…