Aaron
Roar Rookie
4th May, 2018
1
Join the conversation
Advertisement
Write for The Roar

With a 7-6 aggregate win over Roma, Liverpool’s season has reached new heights after confirming their place in the final of the 2018 Champions League.

A team with scintillating attacking prowess, backed by some of the most ardent supporters in world football, Liverpool can be confident about their chance against Real Madrid in the final, taking place in Kiev.

But, in the meantime, Jurgen Klopp needs to turn his gaze to his defence.

Liverpool’s defence has been under intense scrutiny compared to their brilliant counterpart up the field. However, it is undeniable that the defence has improved over the course of the season.

The mid-season addition of Virgil van Dijk has added resolve to the backline. The effort against Manchester City in the quarter-final of the Champions League was a testament.

The latest concern however has nothing to do with the usual suspects failing to deal with long balls or set-piece marking.

The concern is fatigue.

In the last four matches – two in the Premier League and two in the Champions League – Liverpool has conceded eight goals, with six of those in the last 15 minutes of the game

These lapses have created unnecessary uncertainty in securing a top-four spot where Klopp – describing the remaining two matches as “semi-finals” – ideally would like to cotton wrap all his players.

This struggle in late game is somewhat unexpected. The presence of Van Dijk has imposed leadership on people around him and his calming influence has largely eliminated the phenomenon of late goals, which was common early in the season.

So why has this problem returned?

Liverpool’s inability to close out game is due to fatigue. Regardless of the scoreline – leading by multiple goals in the first leg of the semi-final or searching for a late breakthrough against Stoke – the team’s energy level drops visibly. The will was there, but the legs disobeyed.

A common sight in the last 15 minutes in the last two weeks is forwards struggling to string passes together and test the opposition defence, and midfielders failing to cover as much ground.

As a result, the other team wins the territorial battle, start flirting around the penalty box, and at times scoring goals.

Klopp’s heavy-metal football demands intense physical exertion. The forwards lead the defensive efforts by pressing high up the field, the three midfielders are all two-way runners – they are expected to contribute on both ends of the field – while the fullbacks roam the entire sideline. 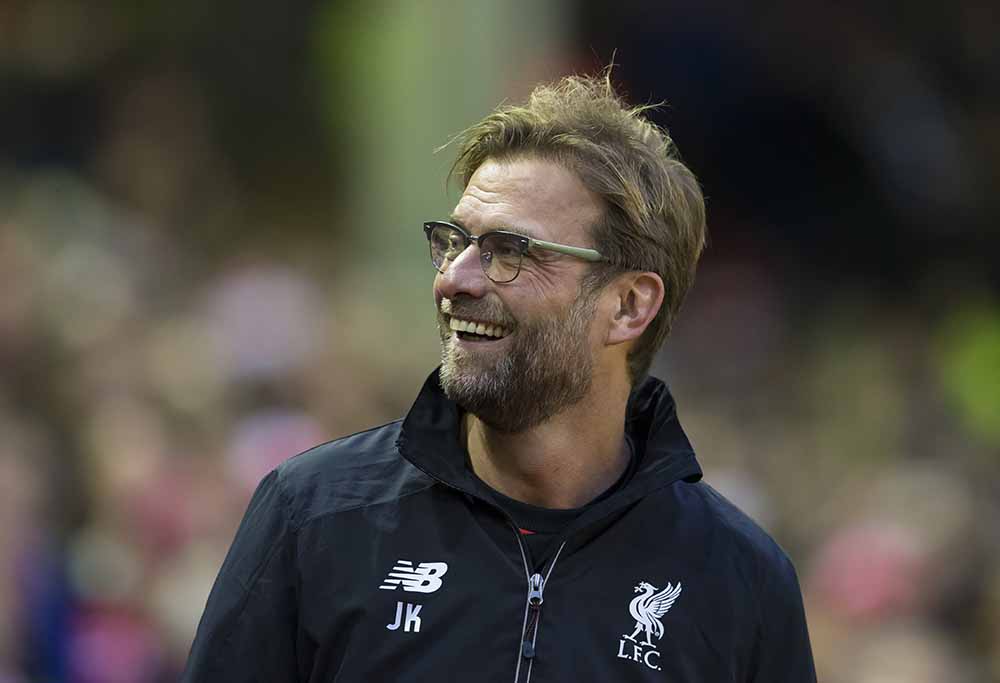 However, as pointed out earlier, the backline’s ability to limit late goals in Van Dijk’s presence until recently is a sign that Klopp’s philosophy is not to blame – they have the right system to withstand late surges. Rather, the team is leaking late goals because of fatigue from the lack of rotation, particularly in the midfield.

Since selling Philippe Coutinho, Klopp only has four senior midfielders fit and healthy. Adam Lallana’s recurring injuries and a back injury to Emre Can have denied any opportunity to rotate the midfield during an intense, long season.

And in recent games, the lack of rotation has been exposed.

Liverpool’s tired midfield failed to provide sufficient protection to the backline and was also unable to retain possessions to alleviate pressure, which led to goal scoring opportunities for the oppositions. Despite being overrun, Klopp has no reliable midfield substitute that he could bring on to revitalise and close out the match.

This is why even reinforcing the defence with a third centre back has failed to stop oppositions from scoring. It’s difficult to repel repeated entries into the box when the midfields aren’t applying sufficient pressure to the crosses.

This is a genuine concern, because if Liverpool can’t retain their trademark intensity in the last 15 minutes in Kiev, Real Madrid will exploit it.

With little over three weeks until the final, Klopp should get Lallana back and if luck permits, even Emre Can. However, both players will lack match fitness, given there aren’t many matches remaining. Their subpar conditioning might not be much of an asset against the precision machine of Real Madrid’s midfield.

Klopp doesn’t have many options, but as a wildcard, perhaps he could consider using Alberto Moreno as a late substitute in the midfield (as long as he doesn’t shoulder much defensive responsibilities).

Whatever happens, no one will doubt the energy and rigour that Liverpool will bring to the final. Until then, let’s just enjoy the beautiful achievement of Klopp’s Liverpool. Reality can hit later.