Are Richmond truly a champion team?

Richmond sit atop the ladder as one of two teams with five wins and one loss, yet the reigning premiers are still a tough side to get a guide on.

Of these five wins, they are yet to beat a side that finished in the top eight last year, with their only loss so far coming against fellow grand finalists Adelaide.

There is little doubt that they play a tough brand of football to break down, and are exceptionally well coached. However, winning a second flag on the trot is one of the hardest tasks in footy.

Do they have the class and enough quality footballers to make it a second premiership in a row?

The Tigers have champions Dustin Martin and Alex Rance, along with borderline A-graders Trent Cotchin, Kane Lambert and Jack Riewoldt. They have an exceptional defence, combining the ever-reliable David Astbury, Dylan Grimes and Nick Vlastuin, accompanied by the dashing Bachar Houli and Rance.

This host of small-to-medium size half forwards and pinch-hitting midfielders provide the familiar swarm inside Richmond’s forward 50, which has become their trademark.

Although a fantastic team, they aren’t names that strike fear into their opponents. 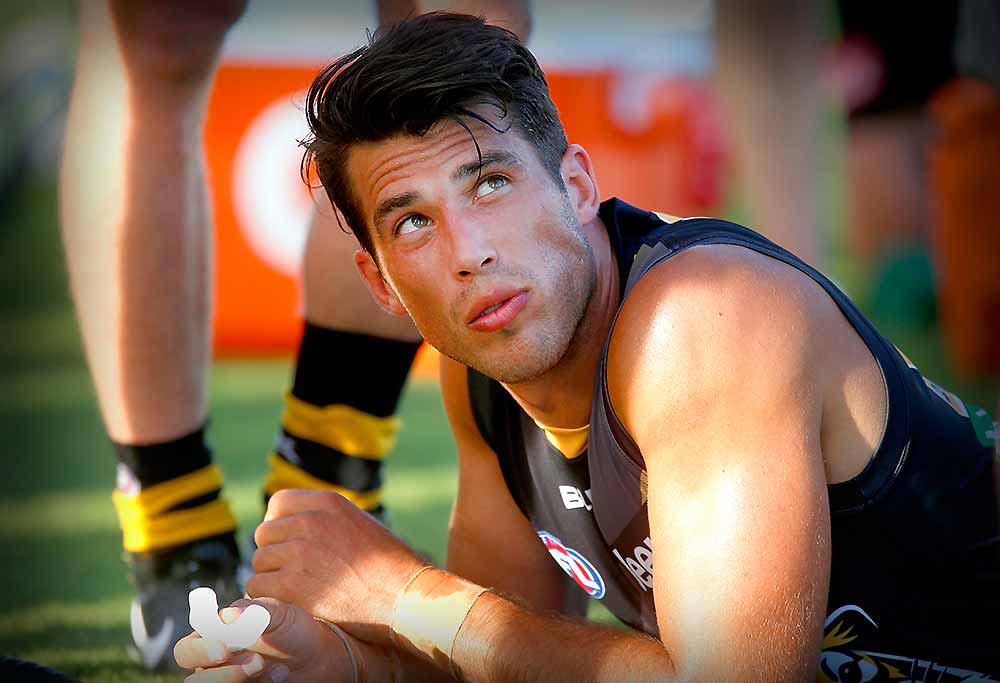 Hawthorn’s 2015 premiership side, which ran onto the MCG to face West Coast in the grand final, had five out-and-out champions of the game in Luke Hodge, Sam Mitchell, Shaun Burgoyne, Jordan Lewis and Cyril Rioli.

This nucleus was feared for their performance during finals footy – pressure, toughness, skill, and stepping up in big moments was something they became renowned for.

Compared to the Hawthorn side of 2015, Richmond doesn’t stack up. However, what they do bring is a high pressure, finals-like game every week, which sides so far in 2018 and the back end of 2017 found really hard to break down.

They don’t have the class, but they have a premiership, which brings belief and the drive for more.

The Tigers’ performance in 2017 was remarkable and completely unexpected. They were the best team in September and managed to overcome the immense pressure of 80,000 members.

However, to go and do it again in 2018 would be outstanding.

Denis Cometti, in the final quarter of the 2015 grand final, said that the Hawthorn side was “one of the greatest of all time”. Will we be speaking about this Tigers side in the same way in the not-too-distant future?