Steve Larkin
12th May, 2018
8
Join the conversation
Advertisement
Write for The Roar

The Power were on the ropes at halftime, trailing by 21 points after an error-riddled opening half before 50,967 spectators.

But Gray took control, kicking five goals in the third term as Port turned their deficit into a 12-point lead at the last change.

Port stretched out to an 18-point buffer before Adelaide kicked three goals in a late flurry to steal a one-point lead with one minute remaining.

Motlop pounced on a loose ball and goaled on the run from 40 metres to deliver the Power a famous victory.

The brilliant Gray, a triple club champion, was sensational as Port snapped a five-game losing streak to Adelaide.

The Crows enjoyed early superiority – after Port’s Paddy Ryder kicked the opening goal, the Crows booted the next four to take a 4.2 to 1.3 quarter-time lead.

Adelaide grew their advantage to 21 points at the long break before Gray lit the fuse for the Power comeback.

Adelaide’s Rory Atkins was a standout for his side with 29 disposals, Eddie Betts kicked three goals, while Cam Ellis-Yolmen booted two among his 20 touches.

The Crows host the Western Bulldogs on Friday night and Port travel to China to play Gold Coast next Saturday in Shanghai.

Adelaide have stood down forward Tyson Stengle from AFL duties for yet another off-field matter. 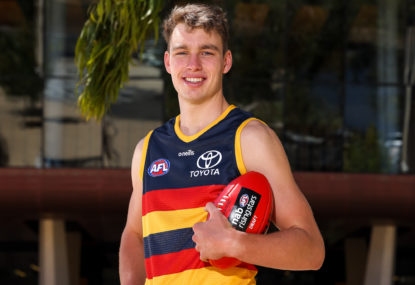